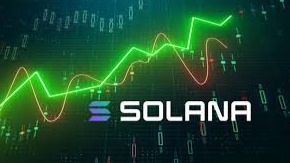 As it stands today, Solana it's one of the top performing cryptocurrencies in the global market and it is no secret that it’s environment it’s gradually catching people’s and leading platform’s attention around the world.

It’s rise in popularity is given by the fact that the network managed to show to other blockchain users and platforms (Ethereum in particular) a cheaper, faster and extremely energy efficient solution in order to achieve the same results, if not even better ones.

It’s high level of transactions and the almost inexistent cost of gas fees has made the platform “too tempting to be overlooked” by many developers and users. Not to mention it’s ever growing NFT space, that recently managed to merge with the NFT Platform giant Opensea.

In this article we’re going to introduce the impact of Solana’s network, not only on our environment, but as well as in the blockchain ecosystem by briefly introducing it’s eco-friendly and advanced-tech main features, such as the transition to being carbon neutral and the proof-of-history protocol. With some basic intro of what’s an NFT and an overall look at the Solana NFT’s environment.

In the past few decades we’ve seen global movements rise from all around the world aiming to spread awareness on problems concerning global’s warming and climate’s change disastrous consequences to the environment. This was also supported by Foundations and Companies which aim was to reduce emissions by financing private and public platforms that were interested in making the transition to clean energy. As an example in 2021, Solana decided to make it’s network transition to carbon neutral thanks to a foundation that is refunding refrigerant destruction (which by certain studies is between the most effective ways to maximize carbon offsets), called Watershed Climate. But it doesn’t stop here. According to recent reports Solana it’s even greener than Google is,  and claims that 1 transaction on Solana costs less than 2 google searches.

The platform has indeed a great future ahead, as of today, it’s comfortably sitting in the top 10 Greenest Cryptocurrencies leaderboard world wide and it doesen’t look like is going to leave it’s chair anytime soon.

| Not only green, but fast! |  Say thanks to the Proof-of-history protocol

While Ethereum works on a proof-of-work protocol (POW) which isn’t likely to be very energy sufficient and it’s models are generally used in decentralized networks, since they’re harder and more expensive to attack, Solana works on a Proof-of-History protocol (POH). The POH protocol allows, quite literally, to create a historical record that proves that an event has occurred in a specific moment in time, allowing blocks to be processed faster than with a Proof-of-Stake protocol. What happens in brief is that the platform manages to provide a similar experience of a centralized system without having to overlook the decentralization and security features which are close to core values to blockchain users.

| What the hell is an NFT? | The rise of Non-Fungible-Tokens

An NFT is a “Non-Fungible-Token”. But from where I stand it doesen’t explain things any better, so let’s break it down and try to understand it a little better. “Non-Fungible” literally means that it’s unique and nothing can replace it.

An Ethereum, for example, it’s “Fungible” which means that it can be traded with another one to get exactly the same thing.

In practice, NFT’s are digital assets that embody real life things like songs, video games, paintings, graphics, videos and so on.. the list could go on for days but I think you got the point!

Another helpful way to consider NFT’s is as a method of establishing authorship and ownership. In fact NFT’s presents themselves as a valid alternative to solve copyright issues regarding digital assets & properties.

So in brief an NFT is a digital asset representing property owned & traded through the blockchain.

Speaking of notorious marketplaces on blockchain we must mention Opensea (Ethereum) and Magic Eden (Solana). While Opensea's users are increasingly worrying on the rising gas fees prices and are starting to emigrate their investments on different blockchains (Solana primarily), Solana users are enjoying a first class sit close to none gas fees, and witnessing first hand it’s full capabilities yet being developed. This alone makes it a lucrative environment to invest in as it’s still in the making and very searched for. As a matter of fact, in the past months Opensea had to step up it’s game and has been working on integrating the Phantom wallet (a crypto wallet built on the Solana blockchain) with Opensea’s Marketplace (which is built on the Ethereum blockchain), and recently became available to the public. This happened as a result of fearing to lose a big portion of it’s investors and creators and having to deal with the eventual losses this would have generated too late; I see this as a clear example of the saying:  “If you can’t defeat the enemy join them”.

As of today, the most efficient and secure NFT Marketplace on the Solana network is by far Magic Eden, (which as of today, has a daily medium general volume of 250.000 SOL compared to the 75.000 SOL volume of only 2 months ago) which aims to step up as a leader in it’s environment, promoting security and trust for it’s users.

The growing adoption of NFT assets on the Solana blockchain has as well presented Magic Eden with cutting edge challenges that are regularly being dealt with, often outstandingly. Per Example, just yesterday Magic Eden marketplace had to restart it’s systems because of the too many transactions that were having to be processed at the same time on Solana’s Network. The Issue has been taken care of and the marketplace was back up & running in a few hours.

Once one steps into the field of innovation, one must look with open eyes and open mind at all the opportunities laying ahead.

Thanks in advance for your time and interest in reading this article, I hope I managed to help someone along the way. For any question relating to the topic don’t hesitate to ask in the chat!

Some of the Hot News in the Cryptomarket at your disposal in one Blog.