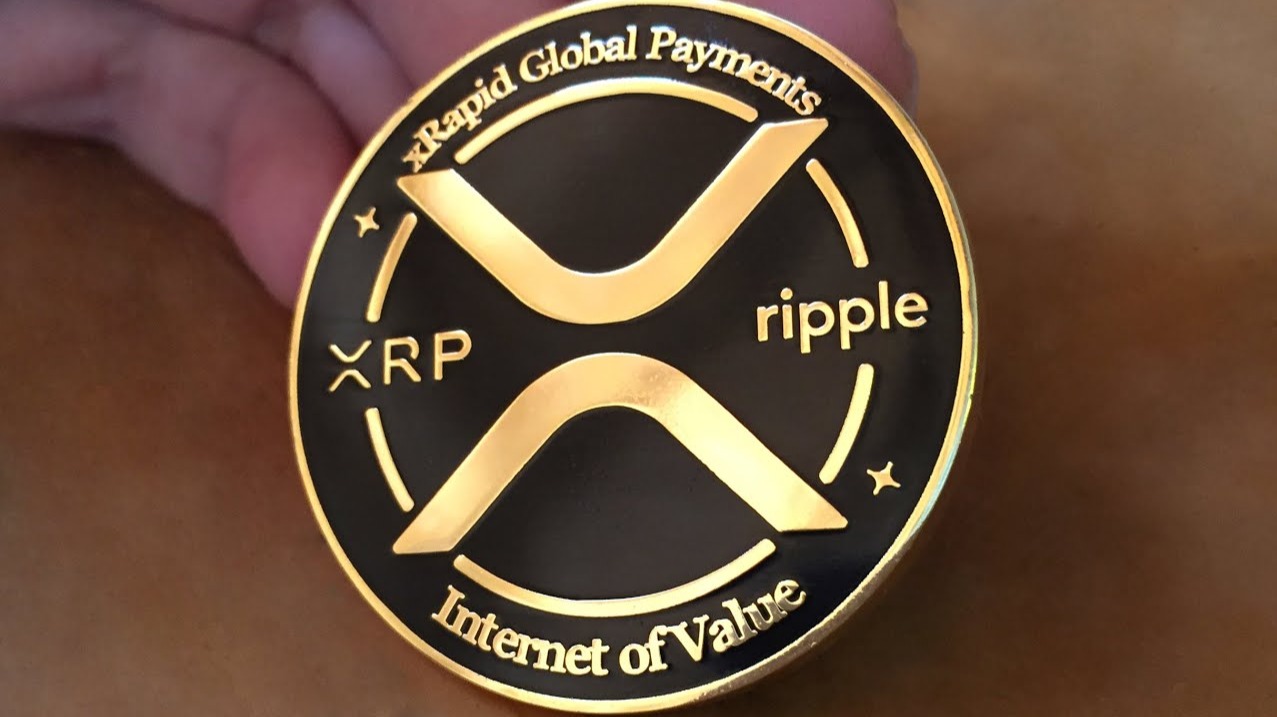 “XRP originated when Arthur Britto, myself, Jed McCaleb, and Chris Larsen built the XRP ledger back in 2011, 2012. The original founders who built that system gifted a bunch of XRP to Ripple to have the company work and build an ecosystem around it.”

This all sounds good until you get to the part where Mccaleb and Larson are both co-founders of the empire. So in short they gifted the token to themselves and then used it to fund their enterprise. This is thought to be the starting point of debunking claims that XRP is a decentralized token. And if this is so then that raises concerns regarding the security surrounding the token and whether or not XRP is an unsecured token. If this is the case, then the lawsuit brought upon XRP in late 2020 with a complaint from the Security and Exchange Commission that XRP conducted illegal security as it is known as a security via the Cryptocurrency world and not Cryptocurrency would be partially true. The first step to being able to side with XRP in this lawsuit would be debunking the claim that XRP sold unregistered securities in the form of XRP.

Decentralized Finance (DEFI):  Decentralization is defined as "the transfer of control of an activity or organization to several local offices or authorities rather than one single one."

Speaking of decentralization when dealing with Cryptocurrency related topics does not differ much from the Websters definition of it. DEFI uses technology to create a secure financial ledger that removed the third party (the banks) and allows buyers and sellers to hold their money in a digital wallet thus eliminating fees associated with traditional banking. The incentive here is that everyone is approved to use the service and funds can be transferred in minutes and sometimes even seconds!

Decentralized Exchange (DEX):   Decentralized exchanges, however, resonate with buyer/seller appeal because DEFI transactions do not require the buyer/seller/trader to enter sensitive information about themselves, such as social security number, driver's license information, and so on. This is so because these types of transactions are not covered under Bank Secrecy,, an act that was developed to deter money laundering or other criminal acts regarding money provided by our financial institutions.  Since the Act is not valid for decentralized exchange it is not necessary to provide information that is personal in nature. it.  Another incentive is avoiding fees that are of course incurred when any third-party agent is involved. The only fee incurred when sending over DEX platforms is the GAS fee which covers the cost of sending over the ETC blockchain.

So in short Central Exchange has a formula that finds concrete corresponding purchasing or vending transactions. And Decentralized exchange solely offers a platform to exchange crypto and no algorithm is provided to match transactions. In layman's terms, the middle man is removed and the transaction is considered to be peer-to-peer.

XRP is permissionless which simply refers to the notion that as the name suggests no permission is required to be part of the blockchain network. Another word for permissionless would be public as the network is essentially open to all.

XRP is NOT trustless which means that the trader's Crypto wallet contains the private keys that control the Crypto funds related to them. In theory, only the trader has control of these funds, therefore it's considered trustless. Trustless basically means removing the middle man from the equation and making the trade peer-to-peer.

XRP is ran by 120 validating nodes.

52% of the supply is locked up by Ripple which in theory indicates that there is one establishment in control.

6 Accounts own more than 51% of the circulating supply.

What exactly are validating nodes:

Validating nodes are nodes that validate information, confirm the validity, and then push the information forward into other nodes. Which authorize monetary value to be conveyed from location A to location B. So nodes manually approve or reject an investment from non-paying contributors.

Validators are node operators that each store a copy of the blockchain and perform duties to keep the system secure.

The Commodity Futures Trading Commission (CFTC) has already determined that XRP is NOT  a security, but rather a form of currency.

Crypto Tokens: Serve a specific function such as utility tokens or security tokens.

What is a Security Token?

When money is invested into something and the end goal is to profit and profit solely from the efforts of another person that investment is considered a security.

How Do Security Tokens Work?

Entities release security tokens that are a representation of claims of ownership in the business. A "Whitelist" is then created and this list consists of investors who are granted permission/access to buy. In order to be added to the whitelist speculating investors must be able to prove that they are compliant with any and all regulations/restrictions put on that security. It involves being in compliance with the KYC (Know Your Customers) as well as (ANC) Anti-Money Laundering laws.

“The functionality and liquidity of XRP are wholly incompatible with securities regulation. To require XRP’s registration as a security is to impair its main utility,” the response said.

US Securities and Exchange Commission (SEC) is in the middle of a lawsuit with Ripple labs claiming that Ripple was selling unregistered securities in the form of their Cryptocurrency "XRP"  The allegations put forth claim that the San Fran native firm was in direct violation of the US securities laws over a span of seven years, supposedly selling $1.3 billion worth of XRP.

As it stands Ripple would currently pass the Howey test, administered via SEC to determine whether or not a token qualifies as being a security.

1.)Investment of money. (someone has invested in goods or services)

2.)In a common enterprise.

3.)With an expectation of profit. ( Expectation to earn money from fixed returns or capital appreciation)

4.) Solely on the efforts of others.

Under the Howey Test, a cryptocurrency will be considered a security when it is an investment of money, in a common enterprise and with a reasonable expectation of profits to be earned from the efforts of others.

"The Complaint mischaracterizes advice that Ripple received in 2012, from which a reasonable reader actually would have concluded that Ripple Credits (a past name for XRP) were not a security,"

If Ripple can be considered a security, then any and every digital asset can be as well. There are also claims that XRP was not provided with satisfactory notice that the token may be violating laws and thus the lawsuit is unfair.

It is unclear what the future of XRP is going to be exactly, however, it does seem as though at this point things are moving in their favor. Buffs in the Crypto world that have been following this suit since it began in Dec of 2020 are anxiously awaiting April 8th as it is the final day for the defendants in the case Brad Garlinghouse and co-founder Chris Larsen, to submit their information. After that, the SEC must submit its discovery decision by the fifteenth of April. Anyone that has followed this case even remotely knows that even these dates are an extension and there have been many throughout the life span of this suit. So I doubt anyone is holding their breath that we will really have any determinations made anytime soon. However, many are viewing this extension and gathering of evidence as a potential win for XRP thus far as clearly SEC does not have all the necessary information needed to prevail in this lawsuit.

XRP does not want to settle out as many other companies have done and this may be pathing the way for future lawsuits brought on by SEC. My thoughts on the lawsuit have been since the beginning and continue to be in support of Ripple Labs and XRP alike. Upon educating myself with the standards to which a security token holds itself and what a decentralized exchange is versus what a form of USD is. I do feel that XRP is the next up-and-coming form of digital currency that will be soon used nationwide for any and all forms of transactions. XRP provides a fast, secure and innovative way to make payments and I do believe they will prevail after this lawsuit. Perhaps SEC is intimidated by what XRP is capable of. Maybe they truly do feel that Ripple violated laws that are put in place to protect buyers. Either way, it seems as though we will know SOMETHING by the fifteenth of April and hopefully there is an ending in sight for this long, drawn-out, lawsuit.

I hope you found this post to be informative and if you were not up to date on the drama you are now filled in. Below you will see the current stats of XRP as of March 25, 2020. Surprisingly even with the lawsuit, XRPs numbers have taken less of a hit than competitors, as we see the Market as a whole take a dip. 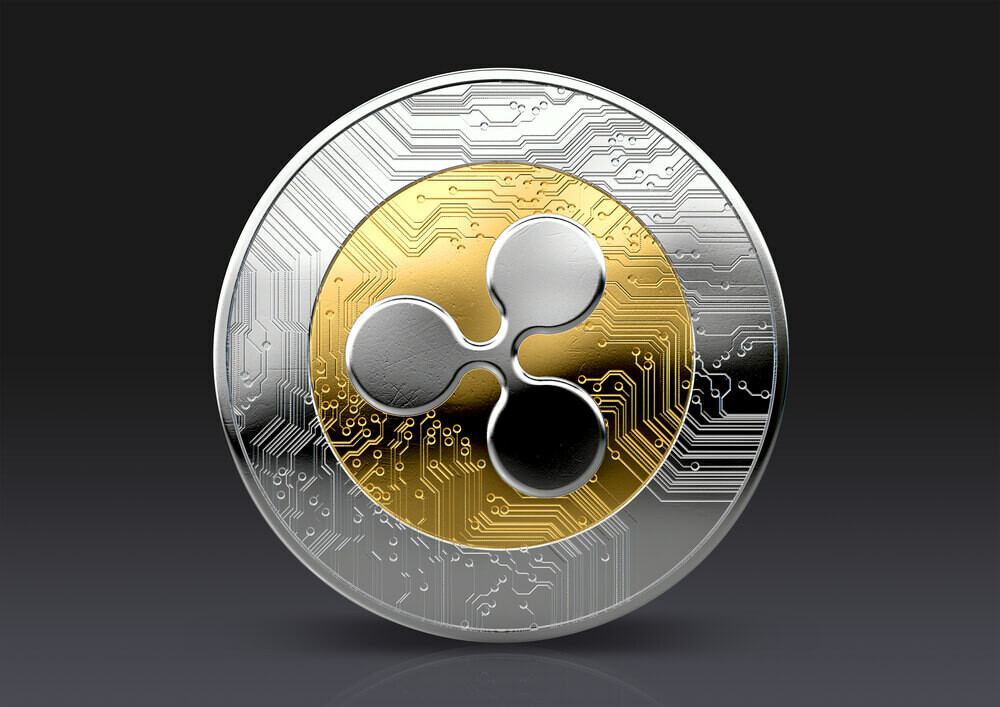