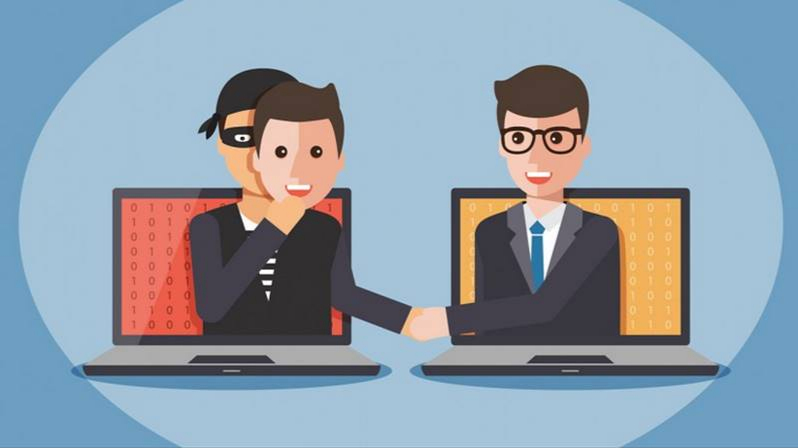 Increasing Demand For Personal Details On The Crypto Ecosystem

Opening a bank account used to be very tasking because some of the requirement needed to complete the process of verifying if you are the real person you say you are made it impossible for some people to open a bank account. First you needed a means of identification, a proof of residence, a utility bill and so on. The one thing I wonder how that connects to my opening of a bank account is when you are asked your mothers’ maiden name. What’s up with that! Is the bank manager trying to hit on my mum or what? Lol.

Anyways, a lot of people were unbanked because the many requirements for meeting up the banks demand could not be met. So banks are evolving new type of accounts that don’t need to much of such details so that they can get people to open a bank account.

I remember the first time I read about Bitcoin one of the things that intrigued me about it was that you could send money from person to person anonymously. It had this animosity in it that made it possible for the millions all over the world to use it instead of using the regular banks. It also had the advantage of having a lower fee when doing international transfers. I remember paying my bank a fee of $40+ to pay for a $100 worth of bulk domain names provider in the US and apart from the high transaction fees it also took 4 days to hit their account. If you think that was bad one time I did that for 2 years plus before I got a better option. Bitcoin transfers made making payments for transactions faster and cheaper.

A lot of people are not unbanked because they don’t have the requirements to open an account, some people for many reasons don’t want their information to be out there not for fraudulent reasons but for some that is the only way they can be sure they remain alive and safe without looking over their shoulders. If your country has been ruled by the military for several years you will understand what I am talking about. If you have civilian governments that act like dictatorship government you’ll also understand what I am saying. You have freedom of speech but what happens to you after that your speech is what you have brought upon yourself.

Bitcoin and its Altcoin allies became a way for people to help support political movements without such people been traced by the government in power. A lot of people that left the shores of their country as political refugees are able to support their families at home from wherever they ran to so that they avoid been arrested, persecuted and in some cases avoid been executed. There are countries where saying you mind can land you in prison for a long time if not death.

So, there are loads of reasons why people want to remain anonymous, why they don’t want a comment that they make on social media be what will lead to them receiving a visit from the police the next day. Why they don’t want a charitable funds transfer they sent to family members become branded as financing a terrorist group.

The first crypto exchange I opened an account with was Poloniex, then Coinbase, then blockchain.info, then Bittrex and others. At the time I those accounts I only needed to verify my email address and then the account is opened and I am allowed to carry out transaction at least up to a certain magnitude. If I wanted higher magnitude of transactions I’ll then need to provide some of my details.

As time went by I started receiving a bombarded of emails asking me to verify my account so that it won’t be restricted. Some even said if I verified my account, I’ll get $25 worth of a certain Altcoin, some offered $50 of a group of different Altcoins. Now the verification process has been relatively the same, you need a Passport or Drivers license or other national ID, some of them have had me take a picture of myself via my laptop webcam, I have had to scan my utility bill to some of them and have even had to hold up a sign or my ID while a picture of me is taken. I now wonder, are we moving forward or backward?

I say this because save for the fact that no crypto exchange has asked for my mothers’ maiden name, I am now opening a crypto exchange account as if I am opening an account in my local bank. I am not afraid that I will be arrested for what I say as I don’t plan to say anything that will put me behind bars. I am however afraid with all the hackings happening on exchanges, how safe are all my personal details? With personal identity theft spreading like wide fire, I hope we’re not going to have multiples of me out there. Lol.