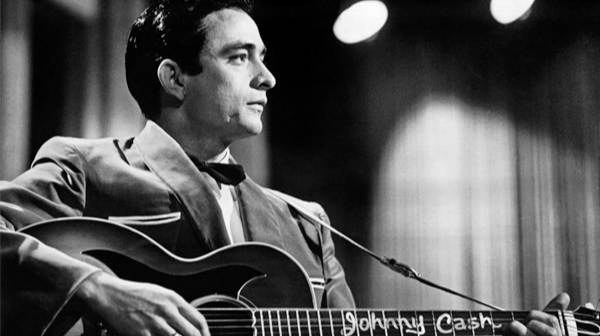 I realized last week that I only had the very significant number of 420 days left until I turn 30. So, in leading up to that over the next 420 days, I decided I’m going to post 420 songs from 60 different artists (one per week) in order to therapeutically amuse myself as I enter my 4th decade.

These will be the 60 artists I estimate I’ve spent the most time listening to and hearing for the first 30 years of my life, for better or worse, all of whom have made at least 2 albums and have at least 7 songs I felt were worth mentioning. No one-hit wonders, all artists I’ve spent a significant amount of time listening to a variety of songs and albums from over the years that I want to look back on and share. I’d love to hear memories any of you have attached to any of this music as well.

Music has a transportive quality to take you back to moments. I hope my choices will allow you to access memories from the 1950s to today, and perhaps even discover some great music you had previously missed or overlooked.

There’s really no reason to not have a cup of coffee, glass of beer, shot of whiskey, or maybe a nice joint while checking out the weekly 7 songs. This is my recommendation. Please enjoy responsibly.

I’ll also keep track of them in a Google sheet that I’ll share for anyone who wants to look any of this music up or reference it later on, which can be seen here: https://tinyurl.com/y8fboudu For the most part, these won't be in any specific order, but each week I'll end the post with my favorite song by the artist, and the last 5 weeks I'll countdown my 5 all-time favorite musicians. Other than that, consider it mostly random.

I'll be starting things off with a musician I grew up listening to on family trips affectionately known as "The Man in Black"... This is the first song I can remember being particularly fond of as a child. It was the first track on a “Best of Johnny Cash” cassette tape from 1991 my family had in the cassette deck rotation while I was growing up.

When Johnny Cash died in 2003, we were assigned tissue paper collages in my 9th grade art class and I made mine into a ring of fire with Cash silhouetted in the center with the “Ring of Fire” lyrics written in a circle around him. (Sounds cooler in concept than my tissue paper collage skills could handle, but it’s the thought that counts.)

Whenever those trumpets would kick in on a drive up north with the family as a kid, it was always an exciting moment for me. Now it’s a nostalgic one.

And I’ve had a soft spot for songs with trumpets ever since. (originally from 1981, The Dukes of Hazzard)

Never got into “The Dukes of Hazzard” TV show, but I think this song really should be more of a staple in any Johnny Cash collection. It’s a reasonably corny song sung from the point of view of a car from a TV show that’s named after a Confederate general, but that's country for ya I guess... and damn it if it isn’t catchy. Why did he even make this song? Who knows, but if this song comes up in a shuffle, it's hard to skip, especially while in transit.

Worth it for the delivery on the line, “I’m thunder on the highway lookin’ bad, bad, bad.” “’Til things are brighter, I’m the man in black.” “Just poor people, that’s all we were; trying to make a living out of black land dirt.”

And you just gotta love when he and little brother join right in there. (originally from 1968, At Folsom Prison)

Johnny Cash recorded this live in a prison, though not as an inmate. (He was sent to jail several times, but never prison.) It starts with “early one mornin' while makin' the rounds; I took a shot of cocaine and shot my woman down,” and then you hear the prisoners cheer.

Kind of like “A Boy Named Sue”, it takes a dark sense of humor.

It is also amusing to note that, although this isn’t a Cash original, he sings the line, “when I was arrested, I was dressed in black” which is a lyric included in the original version as well. I guess it was just meant to be. (originally from 1967, “Jackson/Pack Up Your Sorrows”)

Johnny Cash did a number of duets with his second wife, June Carter, and this one is my favorite. I tried singing it as a duet in my high school choir class once for a show, but then my classmates voted to not let me since I shouldn’t be allowed to have special privileges.

Story of my life.

“When I breeze into that city, people gonna stoop and bow.” “Ha!” My personal favorite Johnny Cash song. I think in high school I must have played it well over 200 times in iTunes… Clearly a song I could hear again and again and not get sick of, and I generally don’t even go for what’s classified as country music. (Though maybe this is more of a rock and roll/country hybrid.)

I was hyped when the movie Walk the Line was announced to be coming out, also when I was in high school, and I hoped they would do my favorite track justice. Turned out to be (what I felt was) the best scene in the movie.

Like this song, Johnny Cash’s discography is a great mix of style and substance. From rockabilly to gospel, songs about trains and songs about cars, Johnny Cash has kept a spot in my music collection now for multiple decades and is one I imagine I will still be coming back to for many decades more on down the line. If you don’t like country music, but are friends or in a relationship with someone who really does, Johnny Cash is here for you as your common ground.

Also: check out IAMISEE’s “The Notorious C.A.S.H.” for a full album of Notorious B.I.G. songs remixed/mashed up to Johnny Cash. Worthwhile: http://www.thenotoriouscash.com/home/TNC.html

And that does it for the first week of 420. Our next artist is another one I grew up listening to. An R&B/Soul group led by a voice we all know and love(?)…… The Jackson 5 (later known as The Jacksons) - coming soon.