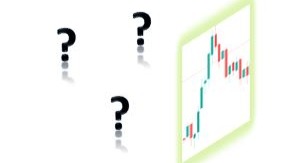 I explained it with my Fundamental Analysis and Technical Analysis ... article. In this article I will talk about candlestick chart patterns.

Technical analysis charts are one of the most important charts that cryptocurrency traders refer to and benefit from when planning. In order to predict the trend of the market, he or she should at least know the basics of reading graphics. The most important of these charts are candlestick charts. They consist of lines and rectangles that stand in the shape of a candle. They provide price information for the selected time period on the chart.

Hammer and its derivatives 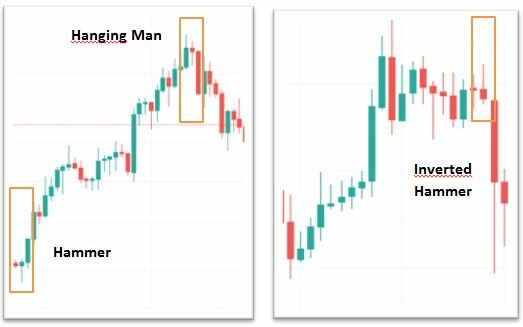 Hammer ; The candlestick with a long lower wick at the bottom of the down trend, and the lower wick is at least twice the size of the body. Hammer indicates an uptrend ( BULLISH * ).

Inverted Hammer ; it is similar to a hammer, but the long wick is on the body rather than under it. Similar to the hammer, the upper wick should be at least twice as long as the stem. The inverted hammer indicates a downtrend ( BEARISH * ).

Hanging Man ; The hanging man is the hammer's equivalent in the bear market. It is located at the very end of an up trend, has a small body and a long lower wick. The lower wick indicates that a big sale has taken place, but the bulls can regain control and raise prices. With this in mind, the big sell after a long uptrend could be a warning that the bulls may lose control of the market in the near future. 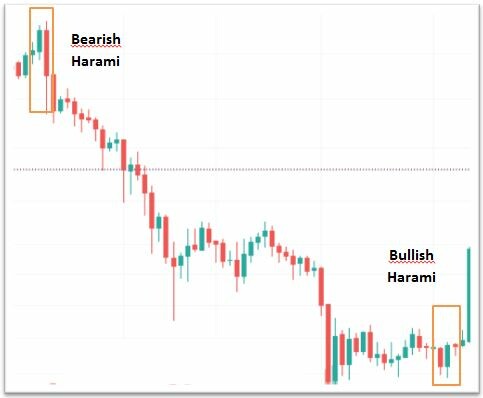 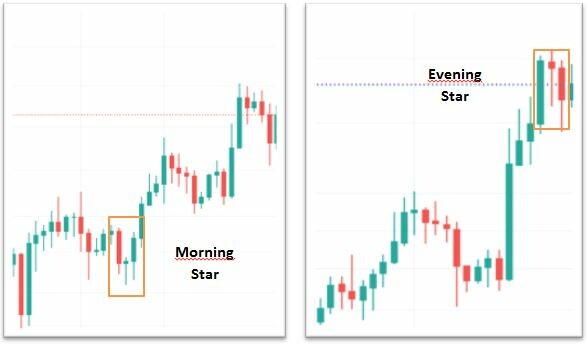 Doji and its derivatives

Doji is a special formation. This candle shows that the opening and closing prices are almost equal. A doji candle looks like a long crosshair. This candle type on its own is neutral, but it can appear on charts in different ways. Doji is often perceived as a sign of an upside trend that can be indecisive in technical analysis. In unstable situations, the doji can be a sign that the trend is about to change. 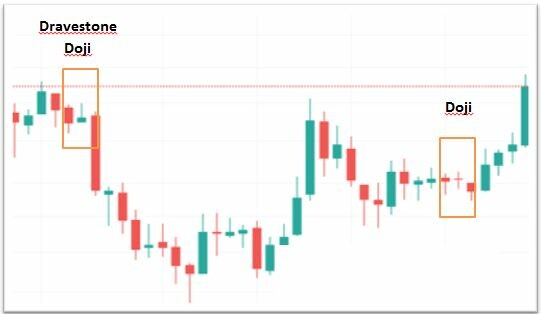 Dravestone Doji ; The opening and closing prices are generally at the same level. The presence of the gravestone doji usually marks the peak of the uptrend and then a return from there. 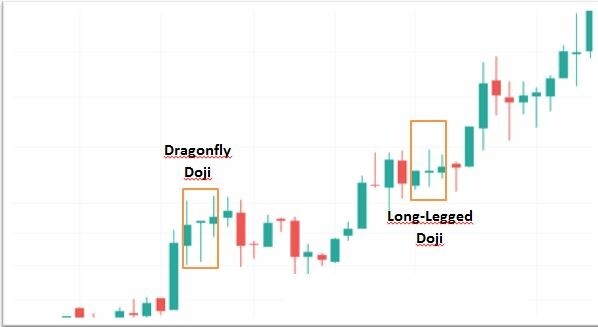 Long-Legged Doji ; The long-legged doji is a candlestick that consists of long upper and lower shadows and has approximately the same opening and closing price. It shows indecision. 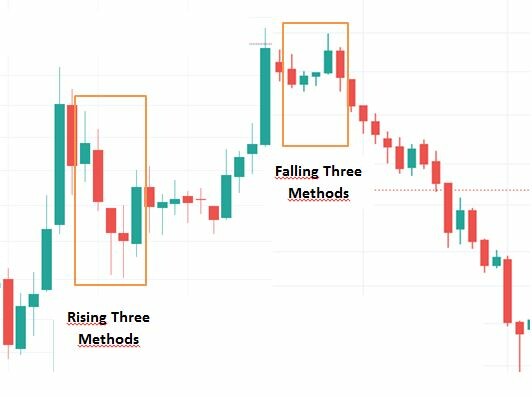 Rising Three Metods ; It is the five candle continuation pattern, indicating that the current bullish trend has been interrupted but not reversed.

Falling Three Metods ; It is the five candle continuation pattern, indicating that the current bearish trend has been interrupted but not reversed.

How to read candlestick charts?

Candlestick charts can be read at a glance and reveal price movements in a simple way. In practice, a candlestick chart shows the contention between bears and bulls for a specific time period. Generally, the longer the body, the more intense the buying or selling pressure within the measured time span. If the tails of the candle are short, it means that the highest (or lowest) value of the measured time range is close to the closing price.

Candlestick charts are one of the basic tools for the investor. It provides a visual representation of the asset's price movements. It also makes it easy to analyze the asset for different time frames. Seeing the patterns, making comments and evaluating these trends; If done correctly and logically, it provides gains to the investor. In times of uncertain markets, some basic patterns provide an advantage to the investor. The two most basic of these are doji and hammer patterns.

The examination of the candlestick chart, combined with an analytical mindset and adequate practice, gives the investor an advantage in the market.

Please browse my articles that will interest you ... 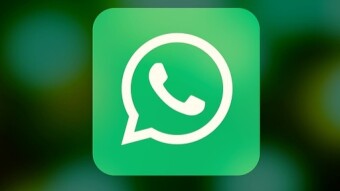