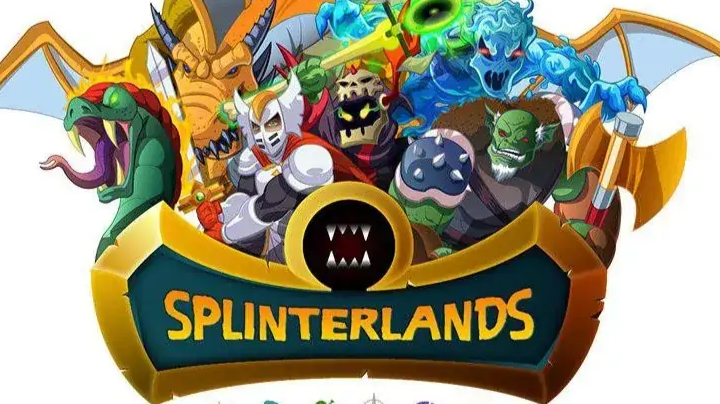 It is close to the end of the season again and I canceled my rentals for the end-of-season rush. I have yet to put them on the market again but I plan on doing that later tonight. I was also able to open another gladius pack and I didn't realize that the gladius cards had their own types. Last time, my pack gave me a bunch of fire cards and I couldn't use them that much. At the same time, you are limited to one gladius card per match, and this time, I got a larger variety of cards.

It looks like it was a better season overall as my ratio was up and I didn't do as many fights. I kind of expected this because my primary focus is on finishing the quest but I don't know if this will change when the new rewards system is implemented. 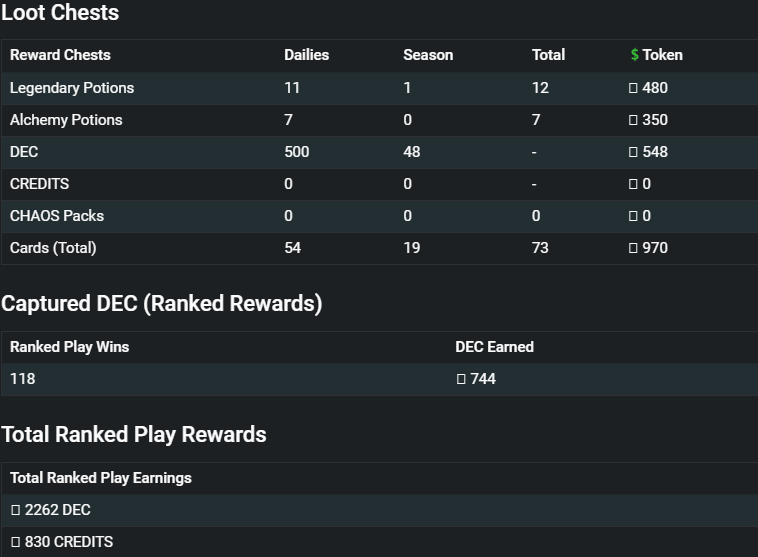 My reward cards went up and I got a few more rare cards plus 2 gold foil commons in place of an epic. This is a trade-off I don't mind making. It's a bit unfortunate that I did not get more packs but there were a few decent DEC drops from my reward chests as well.

The amount of DEC I am getting off ranked battles has dropped a lot. It looks like the rental prices will probably be affected because people won't rent for that high of a price if they earn less back. Then again, I could be wrong but there has been somewhat of a downward trend in prices.

I thought my rentals would be down a lot more but it's only a slight dip. I do think that my current season will be lower because I was slow in relisting my cards at the end of the season.

Not much to say on this front. I am still staking my SPS and I also sold a few VOUCHERS. My DEC orders haven't been filled yet so I am not sure if I should just convert it into Hive or use a diesel pool.

Overall, it wasn't a bad season. My win rate is up and I also got better cards than last season. It's too bad I didn't get a pack last season but I did get one this season. I won't bother opening them until the SPS airdrop is over though because I think it's better to keep them for the airdrop points.