Is IOST A Good Investment? In-depth Analysis and Near to Longer-Term Expectations

In the era of decentralized applications (dApps) and smart contracts, everybody has been playing the same guessing game. They all want to know which blockchain platform would eventually become the winner and take the biggest pie from the market share. There are Ethereum, EOS, NEO, Tron, and others.

Then, there’s IOST. Just like all the dApp platforms that came before it, IOST is also trying to become an “all-in-one” solution for the dApp market. It does not target a particular use case; it wants to be known as the better blockchain solution compared to the likes of Ethereum.

So, can IOST pull it off? Is IOST a good investment in the long-term? Let’s find out together!

IOS (Internet of Service) project and its native cryptocurrency called the IOST (IOS Token) were created thanks to the founders’ ability to see that there’s an empty hole that needs to be filled. For those who've been in crypto for some time, you guys know Ethereum was seen as a groundbreaking innovation that enabled crypto space to find multiple different use cases.

Before the Ethereum era, most people only used cryptocurrencies to transfer money from A to B. from country X to country Y. That’s about it. But, ever since Ethereum got popular, people started to realize that you could do a lot of different things with the blockchain.

People started to launch their own token on Ethereum, people started to create simple decentralized applications (dApps), and other stuff. Many analysts also started to predict that the blockchain could finally revolutionize the traditional financial industry with smart contracts.

However, Ethereum and other blockchain 2.0 platforms have their own problems. From their consensus algorithm to their scalability, everything looks not quite “ready” yet for mass adoption. Even until today, most dApps on the blockchain are just simple games, decentralized exchanges (DEXes), or gambling apps.

IOS team tried to change this by introducing its own blockchain platform that is fundamentally different. Other dApp platforms usually use Proof of Stake (PoS) or Delegated Proof of Stake (DPoS), and some of them even still use Proof of Work (PoW). IOS, on the other hand, uses its own unique consensus that is called Proof of Believability (PoB).

In Proof of Believability, the nodes are rated based on their score. The score itself is defined by multiple factors such as positive reviews, transaction history of the nodes, the amount of IOSTs that are staked, and the number of Servi tokens in the history of the nodes.

So, what is Servi? Well, it’s a secondary token in the IOS ecosystem that is used to reward all the good actors. The concept is that you will get Servi tokens when you aid other users in the network and provide good services in the ecosystem.

However, these Servi tokens are not permanent; they disappear when your node validates a block. The use case of Servi token is to provide calculation to your Believability score. It’s not used to trade or speculate on crypto exchanges.

So, with all these points I mentioned above (Servi token, IOSTs staking, reviews, and transaction history), IOS believes its consensus mechanism fairly rewards people in a much more efficient way compared to Proof of Stake or Delegated Proof of Stake.

IOS does not just differentiate itself from its consensus algorithm. There are several different techniques that separate IOS from the rest of the dApp platforms. The three advantages of IOS are the technologies that they call EDS (Efficient Distributed Sharding), Atomix, and TransEpoch.

I won’t get into too many details here, but basically, EDS provides a different sharding solution to scale the blockchain. Shards in EDS will be bias-resistant and large enough through a mix of randomness with cryptographic sortition. When successfully implemented, EDS will be able to scale IOST blockchain significantly.

The next one is TransEpoch. TransEpoch allows IOS to secure validators-to-shards assignment while (at the same time) manage operability in the transactions. Last but not least is the technological feature called Atomix. With Atomix, it will bring the privacy feature (transaction anonymity) to the IOS blockchain in a Byzantine setting.

If and when TransEpoch, EDS, and Atomix are successfully implemented into IOS mainnet, they will become game-changers. However, the thing is, they are all still being developed at the moment. Many blockchain startups overpromise and underdeliver. Let’s see if the IOS team will successfully deliver them or not. 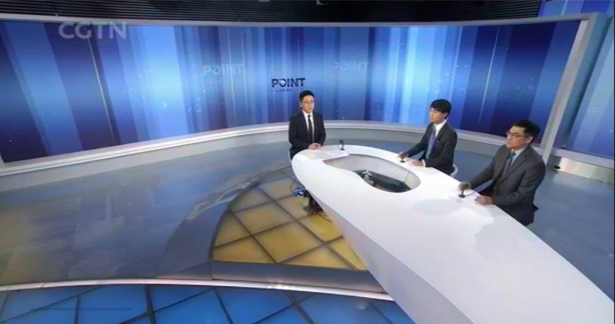 Of course, before we choose to invest in a cryptocurrency, it would be better if we learn more about the team behind the project itself. At the end of the day, investing in a cryptocurrency is also about having faith in what the crypto itself will be able to do in the future.

And to predict whether the cryptocurrency will be good enough for the future or not, we need to learn more about the project leaders. So, how about the IOST team?

The Chief Executive Officer of the IOS project is a man called Jimmy Zhong. Before his time with IOS, he used to be the Chief Technology Officer of Studypool, founder of a company called 500 startups, and also the co-founder of Dora.

On the other hand, the Chief Technology Officer is Terrence Wang, who was an Uber software engineer for a few years. There aren’t many popular names besides the founders, but the reputation of the two would be enough to show you how capable the team is.

And judging by the current development progress of the project, I can say that the IOST team has been doing a decent job with the blockchain progress.

IOST began with ICO in January 2018. Despite it’s still a new project, but it has been doing quite well in terms of adoption and community support. According to dappradar.com, IOS is among one of the dark horses to the top three dApp platforms (Ethereum, EOS, and Tron).

If IOS can successfully implement the technological features that they promised, it’s not impossible for IOS to become one of the top blockchain platforms, especially for dApps. Whether they can pull it off or not, only time knows the answer.

As for potential roadblocks, it’s usually the same answer for all newer blockchain platforms. The success of Ethereum or EOS or Tron will make it harder for newer competitors to stand out. Even though IOS has its own unique selling points and technology, but if Ethereum can solve its scalability problems, IOS might not stand a chance.

Most people, unfortunately, are not crypto hardcore fanatics who are willing to learn about 100 different projects. Most people only see if blockchain project X or Y tries to solve different use cases. If it’s just targeting the same use cases, they wouldn’t see it as something different.

So, yes, the biggest potential roadblock for IOST future, is if the likes of Ethereum can solve their biggest scalability problems and continuously attract dApp developers.

The best plan is to get massively adopted before the likes of Ethereum or EOS can get a bigger market share. However, IOS’s promises like TransEpoch, EDS, and Atomix would need time before they can be fully implemented to the mainnet.

The adoption rate for the IOS project is actually quite decent. Compared to most projects that were launched in 2018-2019, IOST has been doing pretty good. According to dappradar, IOS is actually one of the top 5 platforms for decentralized apps (dApps). One of the most popular IOS dApps, ENME, has more than $20,700 worth of transactions.

This number is impressive because VeChain or NEO dApps have much lower trading volumes despite the platforms themselves are significantly more popular than IOS. While IOS dApps still have lower activities compared to EOS, Ethereum, or Tron dApps, but they are still doing pretty OK.

And recently, IOST has partnered with Fujimi Town to launch a P2P electricity trading project. The news was seen as another big step for IOST in the eyes of the non-crypto community.

This has been proven over and over again by history, and most likely, the story will remain the same for years to come. So, even if you believe that IOST is a good investment in the long run, you still need to make your decision based on Bitcoin price.

Many people believe Bitcoin price would go up in 2020 following the mining reward halving event. Some other people believe the next halving wouldn’t help Bitcoin price because everything was already “priced in.” Whichever way it chooses, Bitcoin would almost certainly affect IOST price.

IOST is a decent cryptocurrency with a promising future, and it has proven itself to be a worthy alternative to Ethereum, EOS, and other popular dApp blockchain platforms. However, its future remains in the grey area, as we don’t know yet how capable other dApp platforms will be in the upcoming years. If the IOST core team can deliver their promises and keep improving their adoption efforts, it’s possible that eventually, they will become a worthy rival to the big market cap coins.