Is Cosmos (ATOM) A Good Investment? In-depth Analysis and Near to Longer-Term Expectations

Is Cosmos (ATOM) A Good Investment? In-depth Analysis and Near to Longer-Term Expectations

Cosmos and its native cryptocurrency called ATOM enjoy their rise to popularity in early 2019. ATOM called itself the “Internet of Blockchains” and it is trying to be the face of blockchain 3.0 after previously Bitcoin (blockchain 1.0) and Ethereum (blockchain 2.0).

Cosmos is mostly known for its technology that is being used at Binance Chain. The biggest popular crypto exchange Binance built its own blockchain earlier this year, and they call it Binance Chain. And Binance Chain is a using the forks of Tendermint and Cosmos SDK.

So, how good is the technology of Cosmos, and how is the potential of ATOM as a vehicle of investment in the long-term? Let’s find out together!

Cosmos project was created due to many limitations of the previous-gen of blockchains. There is a big narrative in the crypto space where blockchain systems based on Proof of Work (PoW) are simply too slow, and transaction fees can become quite expensive at times.

Meanwhile, the second-gen blockchains can build decentralized applications (dApps), but they are too limited, too simplistic, and become very slow when you try to add heavy resources to them. This is exactly what Cosmos is trying to solve.

Cosmos considers itself as part of blockchain 3.0, where all different “smaller” blockchains can connect and inter-operate through the same ecosystem that is the Cosmos network. They have the ability to do this because they have an SDK where everybody can just create his own blockchain network.

For your information, SDK is short for software development kit. It is a group of tools to develop software in one same package. Usually you will be able to find compiler, debugger, and framework of software inside one same SDK.

And of course, the bigger goal here is to be able to connect all these different blockchains into the Cosmos ecosystem. When enough developers and entities use Cosmos-based blockchains, it would be a big win for Cosmos compared to other blockchain platforms.

In the Cosmos network, the blockchains that are created all over the place are independent blockchains called Zones. Meanwhile, the central blockchain that connects them all together is called Hub. The zones are developed with Tendermint Core, a technology that comes from the Cosmos core team.

On top of that, the developers of Cosmos allow you to build both private and public blockchain systems. Cosmos team believes this is quite important as both of them (private and public) have their own use cases. Not all blockchains have to be public; some corporations might want to use DLT (distributed ledger technology) for use cases that they feel more comfortable going private.

The Cosmos team also believes that the existence of the network improves sovereignty issues that have long existed in other dApp platforms. Take a look at Ethereum, the second-biggest cryptocurrency, and one of the most popular dApp platforms right now.

With Ethereum, any minor changes to a dApp will have to be approved by the Ethereum governance system. Other popular dApp platforms typically have a similar system. Do you want to change your dApp? Everybody has to confirm it.

On the other hand, Cosmos tries to be a much more efficient platform by eliminating this same need. On Cosmos, a dApp that wants to improve/update itself does not need to “broadcast” the changes to the entire network.

And how about the capabilities of Cosmos technology? Well, in theory, the Cosmos network can go as high as 10,000 TPS (transactions per second) and utilizes 1 second block time with 250 Byte/transaction.

With this amazing speed record and the ability to inter-operate within other blockchains in one same ecosystem, Cosmos actually has really good potential to become one of the main altcoins in the future. 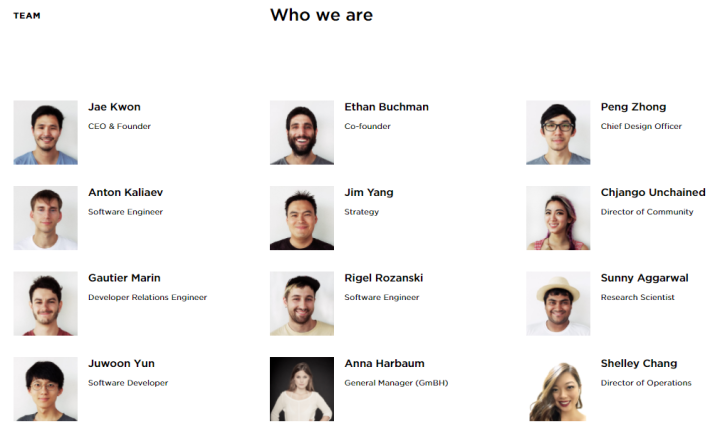 So, how about the Cosmos team? There are multiple entities that work on the project. The main foundation that supports the development of the Cosmos network is a Swiss non-profit foundation called the Interchain Foundation (ICF).

Meanwhile, the software company that is contracted by ICF to keep developing Cosmos is called All In Bits Inc (dba Tendermint Inc). And then, there’s IRIS Foundation Ltd. whose job is to build IRISnet, a Cosmos Hub for distributing business applications.

While the three foundations look different one to another, but they share some of the same heads, especially between Tendermint Inc. and Interchain Foundation. Both Jae Kwon and Ethan Buchman can be found on the Interchain Team page. Meanwhile, these two people are also the co-founders of Tendermint, as you can see from their about page.

There’s no specific reason given why Jae Kwon and Ethan Buchman had to create different entities. However, speculations believe it’s for typical reasons like legal, responsibilities, or tax reasons.

Both of them don’t seem to have much background before their time with all these entities related to Cosmos Network. But knowing they spent so much time to create different organizations and developing Cosmos, apparently, they are decent enough.

The Tendermint team itself has a lot of full-time developers. From this perspective (analyzing the team), they look good enough for me.

Cosmos is a massive project with ambitious goals. Funded through an ICO on April 6, 2017, Cosmos becomes one of a few ICO projects with the token price that is still way above its ICO price. At the time this post was written, ATOM token price was trading 35.20x of its ICO price (in terms of USD valuation).

Cosmos project looks like it has a bright future. The development is still ongoing, and the technology looks good. It is also thinking one step ahead of most dApp platforms as it allows developers to develop their own blockchains through a set of software development kits (SDKs).

Creating an “internet of blockchains” is definitely an ambitious goal, and the Cosmos team (so far) looks like they are capable of achieving their long-term goals.

Despite that, nothing is certain in the crypto world. It’s possible that Cosmos becomes irrelevant in the future. One of the biggest potential roadblocks for Cosmos is if other dApp platforms gain popularity.

Even though Cosmos has a unique selling point with its ambitious internet of blockchains goal, but if the likes of Ethereum or EOS becomes much more mainstream than today, they can still steal all the cakes from Cosmos.

Whether Cosmos can overcome this type of future risk, it all depends on the team’s ability to attract more adoptions. So far, the biggest publication for Cosmos adoption is the usage of Cosmos technology for Binance Chain.

Unfortunately, Binance Chain itself is still not part of the Cosmos ecosystem. It’s using a fork of Tendermint and Cosmos SDK (which mean, Binance gives credit to Cosmos, but still prefer to be independent of Cosmos ecosystem).

Use Case Of ATOM Cryptocurrency In The Cosmos Network 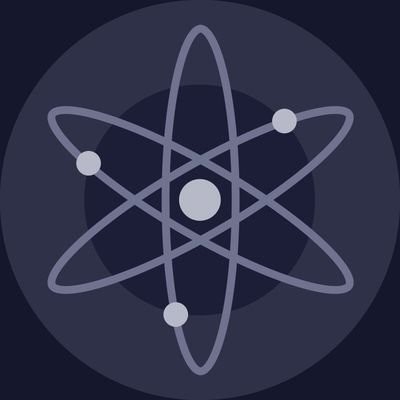 I mean, we are trying to find out if investing in ATOM worth our money or not, so obviously we need to know its use cases. Well, ATOM’s big role in the Cosmos network is for validators to obtain rewards and to vote in exchange for securing the ecosystem.

The adoption rate of the Cosmos network is pretty decent. Not amazing, but still decent. First of all, as I have mentioned above, Cosmos technology is acknowledged and “used” indirectly by Binance Chain. I said indirectly because Binance Chain uses a fork of Tendermint and Cosmos SDK (and not a direct part of the Cosmos ecosystem).

Other than this one, both Cosmos SDK and Tendermint are also utilized by the likes of e-Money.com, FOAM, Sentinel, Hyperledger, COMDEX, and Kira Interchain Exchange. There’s a full list of projects using Cosmos technology here. You might want to check it out.

At the time this post was written, Bitcoin was trading around $7440. Bitcoin had good months at the beginning of 2019 until mid of the same year. However, recently, Bitcoin has been going down from above $10,000 to below $8000.

Either way, you need to be careful and follow Bitcoin price action and fundamentals pretty closely because ATOM price will be hugely affected by it.

Cosmos network is an exciting project with huge, ambitious goals. It is also one of few ICOs that stick true to their long-term goals and even received an acknowledgment from a huge company like Binance.

Cosmos’ native cryptocurrency, ATOM, is a worthy long-term investment compared to other altcoins. If there’s any good dark horse that can break through the top 7-10 altcoins in the next few years, ATOM is definitely on the top list.