Is Blockstack (STX) A Good Investment? In-depth Analysis and Near to Longer-Term Expectations 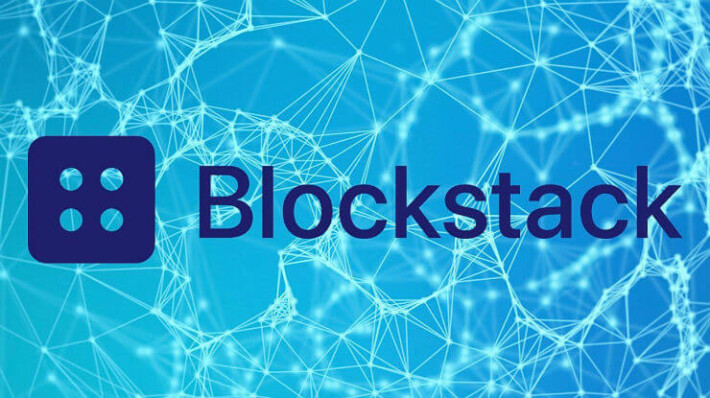 Blockstack is a specialized ecosystem that’s made for decentralized applications or dApps. It’s also a decentralized computing network. Blockstack successfully gained attention in recent months due to its ability to penetrate the top 100 crypto rankings within a short period of time.

Blockstack was also the first project that successfully received official approval from the Securities and Exchange Commission (SEC) in the US to perform a regulated token offering. Such approval was a huge boost for Blockstack’s popularity.

But, here is the most important question. Do you think it’s worth it to invest in Blockstack’s native cryptocurrency, STX? Let’s find out together!

Blockstack is an ecosystem with various components with a mission to help you create your desired dApp within less than 60 minutes.

To achieve such a vision, Blockstack has its own blockchain called the Stacks blockchain. With Stacks Blockchain, the consensus process to elect a miner is called “Tunable Proofs” where it mixes the typical Proof of Work (PoW) mining algorithm with the hash power of an established blockchain network.

With Stacks, the consensus also combines the PoW with the Proof-of-Burn mechanism, where it bootstrapped one cryptocurrency off of another. With Stacks, you need to burn the underlying cryptocurrency and commit a series of transactions. If you successfully get the mining reward thanks to the winning chain, you will be selected as the miner.

The idea in the long-run, however, is to utilize a full and standard Proof of Work consensus. Stacks blockchain plans to do that once the network has enough supporters.

Blockstack itself has plenty of different products that they combine into one ecosystem. One of the main products is called Blockstack Authentication, which connects your identity to all different dApps in the ecosystem. The idea works by utilizing single sign-on, and the authentication works directly on the chain on the Stacks blockchain itself.

And then, we also have Gaia Data Storage, which is a user-controlled storage system with a specific mission to enable applications to interact with private data lockers.

And then, Blockstack also has a unique feature called App Mining. This App Mining feature basically incentivizes the best dApps in the Blockchain ecosystem with a $100K prize pool. The top application gets 20% of the total prize, which is equivalent to $20,000. And then, the second-best application gets 20% of the remaining prize pool (equivalent to $16,000), and so on.

Blockstack core team members hope that all these different features will be able to help Blockstack gain massive adoption and become a true competitor to the likes of Ethereum.

When it comes to crypto investment, one of the more important things is to analyze the core team of the same project. If you are wondering why, it’s because these same core team members are the ones who can help you to realize the future of your coin. After all, you invest in one cryptocurrency because you believe in its future, isn’t it?

So, how about the core team of Blockstack? Well, let’s start with the Chief Executive Officer. He’s Muneeb Ali, who is also the co-founder of the same project. Interestingly, Blockstack the company itself has been around since 2013.

Prior to his time with Blockstack, it’s believed that Muneeb was busy studying with Princeton University. He received a Ph.D. in Computer Science from this same university.

Next, we have Gina Abrams, who works as Growth Partner in the Blockstack team since August 2017. Previously, she was a Recruiter at Workbridge Associates, one of the known IT staffing solution providers in the North American markets.

After Gina, we have Ryan Arndt, who serves as the Community Support Partner at Blockstack. He’s been with the team since May 2019. Previously, Ryan Arndt served as part of the Business Development team at Great Big Solutions Ltd. He was also the Community Ambassador at Hinterland Studio, Inc.

Next, there’s Aaron Blankstein, who has been acting as the Engineer for Blockstack since 2017. He doesn’t show much of his experience on his LinkedIn profile, but he mentioned how he got his Ph.D. in Computer Science at Princeton University. Aaron has been an integral member of the team since he joined Blockstack.

And then, there’s Mitchell Cuevas, who serves as the Marketing Partner at Blockstack. Previously, Mitchell was the Senior Marketing Director and Product Manager at Techstars, a company that’s specialized in helping entrepreneurs in achieving their goals. Mitchell also has tons of experience with marketing with UP Global and Startup Weekend.

There’s also Xan Ditkoff, who acts as the Production Partner at Blockstack. Xan has been with the Blockstack team since August 2017. Previously, he was the Commercial Business Development at TalkDesk for one year and four months. What is interesting about Xan is that he used to be Lieutenant Junior Grade at US Navy from February 2015 to April 2016.

Next, we have Ludovic Galabru, who’s basically the Engineering Partner at Blockstack. Ludovic used to be the Blockchain Engineer at Props for two years. He was also the Technical Founder at FidMarques for five years.

We also have Tom Gerrity, who acts as the Global Head of People Operations at Blockstack. Before he joined the Blockstack team, Tom used to work as Director and Talent Acquisition at Stash Invest. He was with the team for over two years and eight months.

Tom was also the Technical Talent Acquisition Manager at Curalate, a company that helps brands and touching hundreds of millions of different consumers.

There are other names in the team but I believe the above individuals already represent how decent the Blockstack team is. Personally, I think they were not really well-known before their time at Blockstack. The CEO himself did not have much working experience before he co-founded Blockstack.

In this regard, Blockstack has been doing decently. Not very great but still decent. Let’s just start with their biggest partnership announcements.

One of the best partnership announcements from Blockstack

Next, Blockstack also partnered with GSR to increase token liquidity. GSR Markets Limited is basically a Hong Kong company that provides overseas liquidity for the STX token. The agreement itself was officially registered with the SEC in a Form 1-U.

And then, there’s also partnership with Recruit Holding Partner, a worldwide tech company that’s based in Tokyo, Japan. Thanks to this partnership, it’s claimed that the Stacks blockchain would be introduced to Japanese developers. The main mission of this partnership is to boost privacy-focused applications.

The goal of this Signature Fund is to accelerate startups that try to build decentralized applications on the platform, and tools for different developers to bootstrap the apps with various tokens on the Blockstack ecosystem.

As you can see from the above partnerships, Blockstack has been doing decently in the partnership section. That being said, there are other altcoin projects with better or more hyped partnerships.

Blockstack is a great project with SEC approval and the right structure to start a new blockchain network. I believe the potential is enormous, but the potential roadblocks for its future are also huge.

Let me put it this way. When you are newer than Ethereum and your goal is to attract decentralized applications into your own blockchain ecosystem, the challenge will be massive. EOS tried that with billions of dollars of their ICO money, and yet they still fail to overcome Ethereum.

In my opinion, trying to “reinvent the wheel” won’t be able to cut it unless you have a lot of corporations or big government institutions that want to test/trial your blockchain ecosystem in the first place. Without that, it would be hard to win the heart of the crypto community.

We have learned all the basic fundamentals above that can affect STX token price. But is it enough? Unfortunately not. When it comes to altcoin prices, there’s one big external factor that can decide its fate. That external factor is called Bitcoin price action.

Either way, it’s very important to keep your eye on Bitcoin price if you decide to invest in STX.

When it comes to the Telegram group, Blockstack actually has decent user activities. Blockstack’s telegram group has over 6,000 members and active community members. That being said, many of its competitions have even more members and better user engagement. 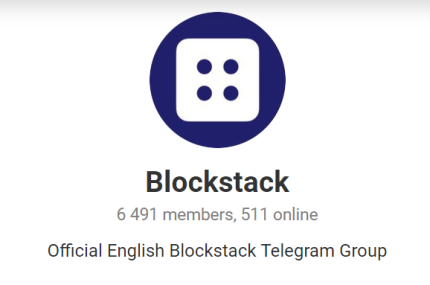 Blockstack also has its own Twitter account and it has over 35,000 followers. The tweets don’t have a lot of activities, though.

Blockstack is a promising project that tries to “simplify” the process of dApp creations. It is trying to attract dApp developers as well as blockchain users to its massive ecosystem. The efforts have been decent, but it’s a massive challenge considering everybody else is also trying to create “better than Ethereum” smart contract platforms.

STX remains a decent long-term investment, especially considering the fact that it has been doing well against top altcoins. What do you guys think about STX? Let me know in the comment section below. Also, kindly check my recently published articles here:

Is SiaCoin A Good Investment?

Is Power Ledger A Good Investment?

Is WaykiChain A Good Investment?