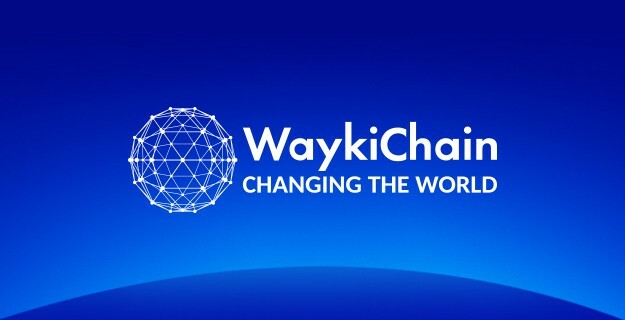 Some cryptocurrency enthusiasts have been looking to find the better version of Ethereum for quite some time. They believe that Ethereum is too slow and not scalable to support mainstream financial applications.

That’s why in the past few years there have been many different altcoin projects that started to come to the surface. They usually use faster consensus mechanisms and introduce different technologies to make the entire ecosystem much more scalable than Ethereum.

So, is it a good idea to invest in WaykiChain coin? Let’s find out together with this article!

It does not mean WaykiChain has abandoned its vision to be the platform for the online gambling industry; it just means that now it tries to attract various developers from other industries as well.

And to be ahead of its competition, the WaykiChain team knows the platform needs to be unique and better than other dApp platforms. To support that idea, WaykiChain supports Lua and Wasm (WebAssembly) for its smart contract.

The smart contract system on WaykiChain itself can actually be utilized to initiate dividend sharing rules. These built-in rules are then started by multiple sets of conditions. Different from Ethereum and some other dApp platforms, WaykiChain’s smart contract fees need to be paid by the ones who create smart contracts and not by the users.

Not only that, but WaykiChain’s smart contract creators can also set their own betting terms. The bet initiation can publish the gambling results, and the gains will be shared accordingly, depending on the bet session. This concept of automaton was built directly into the smart contract system because WaykiChain’s original vision was to be used for gambling.

Another cool feature from WaykiChain is that developers are allowed to choose to create their dApp from pre-made templates. The concept is to make it as easy as possible for beginners to adopt WaykiChain platform to develop applications for the ecosystem.

And yes, WaykiChain coin holders can stake their holdings to the representatives and will get a reward in exchange for their votes. WaykiChain users will get up to 5% yearly interest, but the reward here will gradually decrease one percent yearly until it goes to 1%.

As usual, when it comes to cryptocurrency investment, we need to learn more about who’s behind the project. Why? It’s quite simple, actually. Cryptocurrency investments are about what they can do in the future and not only about what they can do at the present time. And who knows better about the future potential of the coin rather than the core team itself?

How about the WaykiChain team? Well, first of all, they are based in China. Just like many other altcoin projects with the Chinese team, there is not much history we can dig about regarding how they actually started. What we know is that the project was named after its main founder, Wayki Sun.

According to WaykiChain about us page, Wayki Sun was one of the earliest cryptocurrencies’ investors, and he was nicknamed as the “Godfather”. He’s known for being the founder of Xinhuo Network, founder of Ou Lu Zhong Chou, and the Managing Director of Jufeng Digital Asset Management Co., Ltd.

Wayki Sun claimed that he has over ten years of experience in entrepreneurship with various tech companies. With WaykiChain, he acts as the Chief Security Officer.

And then, we have Hang Gao, who’s the co-founder and the current Chief Executive Officer of WaykiChain. Prior to his time with WaykiChain, Hang Gao spent 1 years and 1 month as Senior Business Associate with Alibaba. He was also the Lead Data Scientist and Senior Business Analyst for Fishbowl.

The Chief Technology Officer and another co-founder of WaykiChain is Richard Chen. Before he agreed to join WaykiChain, Richard was known for being the CTO at Zeta Finance Management Co. Ltd. as well as Senior System Architect at Alibaba. He also spent around 1 years and 5 months with Intel as the Chief Architect.

The last co-founder of the project is Xi Zhang. With WaykiChain, he acts as the CPO. He used to be the Senior Product Manager at Tencent, a giant tech company in China. He is also the founder of Qiushang App, the first prediction application in China that utilizes Big Data with 67% win rate.

Of course, the co-founders are not the only important individuals in the team. Another important name is Xiaowei Wang, who is the Creative Director at the team. It’s said that Xiaowei Wang has 9 years of experience with brand planning, especially with local advertising companies.

Then, we also have Trond Hov, who acts as Global Partner of WaykiChain. Prior to his time with WaykiChain, he was the Marketing Manager of Tron in Europe. For your information, Tron is one of the most popular altcoins in the world.

The second Global Partner of WaykiCain is Michael Lukianoff, who also acts as the Advisory Board Member of Bite, and Society of Fellows Member at The Culinary Institute of America.

As for Operation Manager, WaykiChain has Saijun Wang, who used to be the Marketing Director of Windmagics and the Project Manager at Sinovel. It’s claimed that Saijun has Bachelor and Master Degrees from Huazhong University of Science and Technology.

There are other important employees of WaykiChain team, but I cannot write about them all here. The names above already shows you that WaykiChain team are capable, although to be fair, the companies mentioned above might not be too familiar for the non-Chinese audience.

The interesting point here is that Wayki Sun literally puts his own name and reputation on the line by using his first name as the name of his blockchain platform. Most other founders of other blockchains would not even think of doing this in the first place. 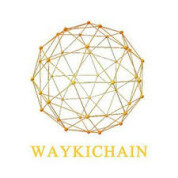 The symbol of WICC

So, how about WaykiChain’s native cryptocurrency called WICC? Well, WICC is needed to access all applications in the WaykiChain ecosystem. It means that you always need to use WICC in order to transact in the network.

Just like how you always need to use ETH for smart contract creations and ERC20 token transactions in the Ethereum blockchain, you also need to use WICC for those same use cases in WaykiChain blockchain.

The most popular WaykiChain applications called WaykiTimes (mobile wallet app) and WaykiBet (betting app) all are also built around WICC.

When it comes to partnerships, unfortunately, WaykiChain is not precisely that strong compared to its competitors. There are some notable partnerships, still.

And then, in November 2019, WaykiChain announced that it would build blockchain technical support in Montenegro. The partnership was done with Zoran Djikanovic, the Chairman of Capital Markets Authority of Montenegro.

This headline was very welcomed by WaykiChain supporters

By December 2019, WaykiChain announced another important partnership. This time they partnered with Avione Jet. With this partnership, WaykiChain’s stablecoin WUSD would be allowed to be used for Avione Jet’s payment system.

All these announcements above are decent though some crypto investors would have hoped for more.

WaykiChain is a solid project from Wayki Sun and his colleagues. However, it’s never easy to compete in the cryptocurrency world, especially when you are just trying to do the same thing as everybody else.

WaykiChain is not that much different from EOS, Tron, and other dApp platforms. And usually, when you try to create a newer dApp platform, it is very hard to gain public attention, unless you have a unique selling technological feature, and strong marketing efforts.

The biggest potential roadblocks for WaykiChain’s future are the other dApp platforms that are currently much more popular in the eyes of the crypto community. Until WaykiChain can prove themselves with stronger and more unique marketing efforts, it will be a chicken and egg game (no developers will come until there are more users, and users will not come without developers).

So, how about in the year 2020? Well, obviously, nobody can 100% predict the future. We have two opposite opinions. The optimists believe that Bitcoin mining reward halving event in the middle of the year would help Bitcoin price to pump. And as a result of that, most altcoins (including WICC) would pump as well.

However, the skeptics believe the exact opposite. They think the halving event would not help, and without newcomers in the crypto trading world, most whales would just dump their crypto holdings. And if Bitcoin price goes down significantly, most likely, WICC price would be down as well.

Either way, it’s important to pay a close attention to Bitcoin price as it will certainly affect WICC price.

WaykiChain is an exciting project and WICC’s natural demand will grow when the demand for WaykiChain itself grows. However, the competition in the dApp platform space is very strong, and it will be hard for WaykiChain to get ahead of its competitions. Whether they can do it or not, we shall see. Overall, WICC is a decent long-term investment.