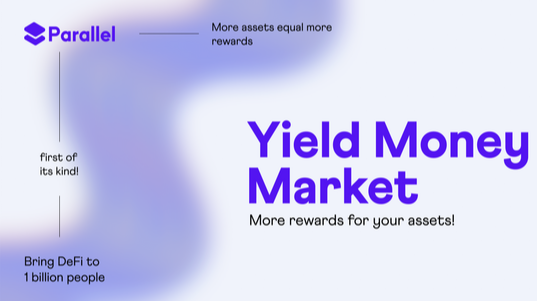 My last article talked about Parallel Finance coming to life with its DEFI functionalities having ignited into action with the protocol enabling its platform for AMM functions.

Here, liquidity and swap functions got functional. Apart from that Parallel Finance’s Money Market module came live, so lending and borrowing of assets were made possible.

Holders were able to utilise their cDOT in Parallel Finance’s Defi by providing liquidity for various asset pairs with their cDOT.

For example this DOT holder has received cDOTs for the holder’s DOT contribution to 2 parachains Astar and Efinity. cDots received can be used to provide liquidity in Parallel Finance

Now, this person can contribute liquidity for the received various cDOT pairs in Parallel Finance’s liquidity module. These pairs range from cDOT-6/13 to DOT, cDOT-6/13 to Para, similarly it will be for other cDOTs received for the contributor’s contribution to other parachain projects.

Now it’s possible for one to earn yields on the earned LP rewards by lending them in the Money Market module of Parallel Finance.

So, whatever LP rewards the liquidity provider has earned for providing liquidity to DOT/cDOT-7/14 pair and the PARA/cDOT-6/13 para can be lent in Parallel Finance’s Money Market to earn more Para rewards.

Of course the LP rewards that’s lent are available for borrowing as well, as can be seen in the screenshot. Currently, the interest rate for borrowing these assets is 2% APY.

Parallel Finance has explained all this in better words in their tweets. So, now with the merging of farming and Money Market, “Yield Money Market” is created, making it possible for Parallel Finance’s users to earn more rewards with their assets.

Users get the best of both worlds of staking assets in liquidity pools and then lending the earned LP rewards in the Money Market, which will give them further yields as they participate in the “Yield Money Market” functions of Parallel Finance.

Parallel Finance is a DeFi Super App aiming to be a one stop Defi shop for people to engage in Defi, it’s built on Polkadot. Focus of Parallel is to bring innovative functions to its platform so people can engage in capital efficient Defi. The aim is to make an easy to use Defi platform with beneficial financial services that will attract 1 billion people to use services of Parallel Finance.

This Author’s articles can also be read on these platforms —