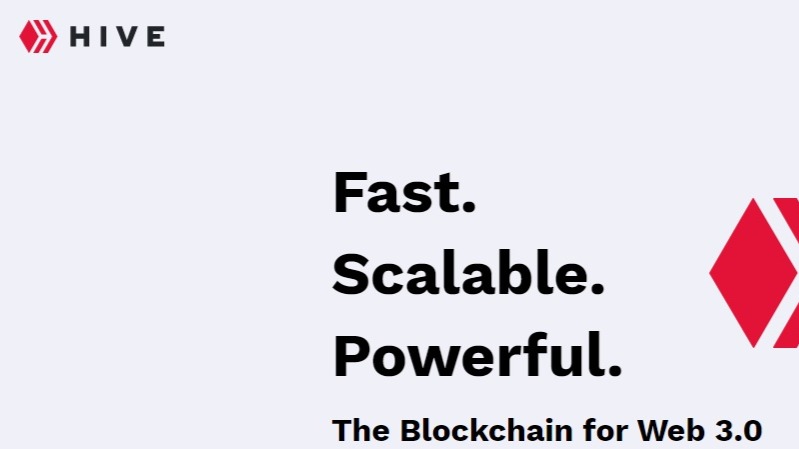 HIVE’s listing in Exchanges were all free, something really exceptionally unique!!

It was HIVE listing celebration as HIVE prices skyrocketed

Recently, HIVE price had boomed to as high as 0.8$ cents or more, it rose as I hear from talks about 800%. As someone, who had HIVE and wanted to sell it, obviously I looked for selling HIVE for profits, but I sold it for 0.45 cents, I would have never guessed that HIVE would go up to 0.8 cents and more, never mind. Later, I was getting news on why HIVE rose so much, it was because the crypto token got listed on Huobi, Binance, and HIVE was celebrating the occasion with its prices skyrocketing. 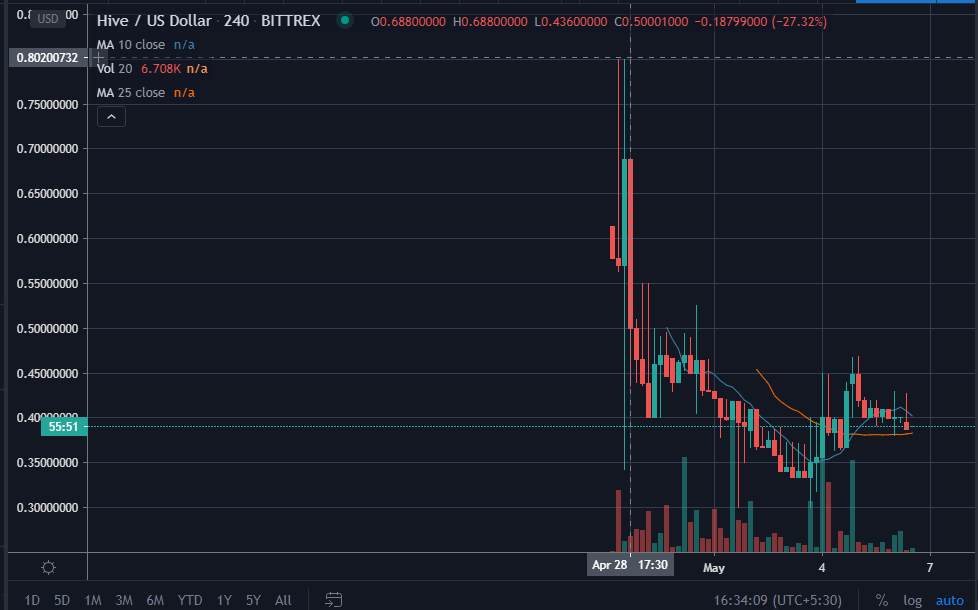 HIVE listing happens without any fee payment to exchanges!!

However, it was only recently I got to know of HIVE listing’s relevance, because believe it or not HIVE got listed in all the reputed exchanges without paying any listing fee, now that is something!!

HIVE was not the sort of project Exchanges usually list

HIVE’s first listing took place on Bittrex Exchange, which was significant because this showcased to the crypto world that HIVE is a genuine Blockchain project that definitely has passed the required criterias to be listed in a reputed exchange such as Bittrex.

HIVE emerged backed by strong community support, who were all up against the ills of Centralisation which corrupted the Steem Blockchain!! 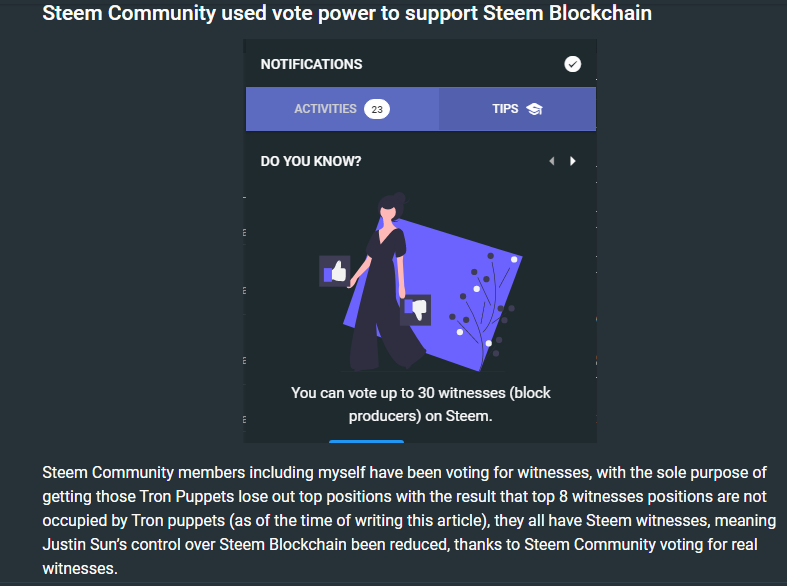 When witnesses announced their move to create a new HIVE blockchain, forking Steem Blockchain, the community was excited, supportive and they backed the witnesses continuing their support for them as they did earlier by voting for real witnesses in Steem Blockchain when Tron puppets were installed as top witnesses by Justin Sun who powered up to vote using 3 popular exchange’s Steem customer funds. 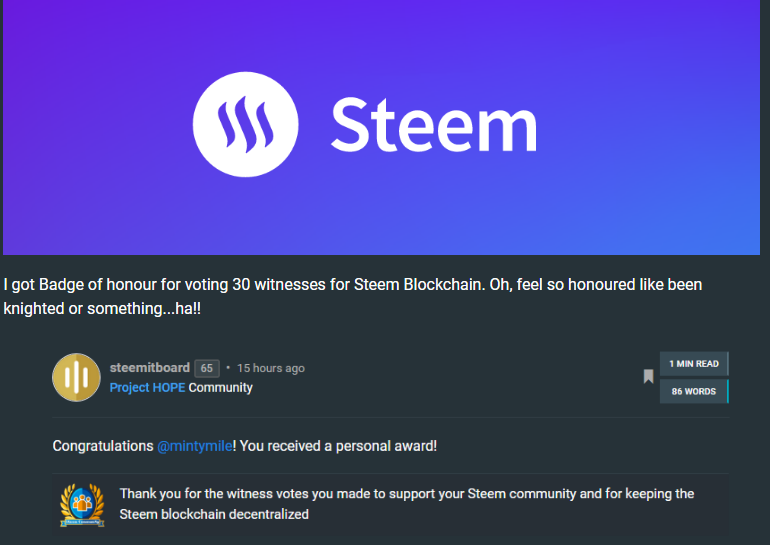 Thus, that’s what is special about HIVE, the presence of a strong community, that backed a community of developers who were ex-steemit witnesses, there is no centralised entity behind HIVE.

Out of the norm listing of HIVE by Exchanges is incredible

Everybody thought that an entity like HIVE will probably not get listed in well known exchanges, as besides the requirement of a legal entity backing it, there has to be money to pay off those exchanges for listing them, that was the norm, but HIVE broke it!!

Eventually, HIVE has succeeded to get listed in prominent exchanges - Bitrex, Huobi, Binance, which is clearly a victory to the community supporting it, and to a extent, the spirit of decentralisation which is heartening news, indeed.

Post listing of HIVE in Binance, other exchanges followed suit with WazirX then listing HIVE. HIVE is also listed in Probit, MXC,& HotBit. 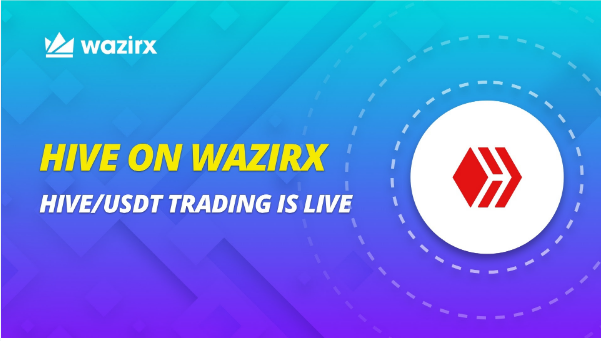 One can imagine the amount of work that would have been put behind the scenes for HIVE’s listing. For a listing into an exchange, relevant details about the project needs to be filled in an application, where the project's technical and legal details, plus description of the project needs to be provided. This needs to be impressive, for exchanges like Binance to consider listing the crypto token and generally takes time.

Once, such exchanges list a project, it’s an advantage as other exchanges would follow suit. In this arena, the whole team of HIVE were hard at work in exchange token listing documentation eventually leading up to listings in exchanges.

Special kudos to witness Gandolf The Grey @gtg, as HIVE’s very first listing in Bitrex was due to his involvement!! (as mentioned by @justineh in her [blog]

Also, if you remember there was a time where there was a rift between the community and exchanges like Binance and Huobi, because these two exchanges helped in the hostile takeover of Steem Blockchain by allowing their Steem customer funds to be used for powering up and voting for Tron puppets in Top 10 witnesses ranks. These exchanges, now accepted and listed HIVE, which is good.

There were negotiations with these exchanges to power down to de-escalate the tensions that time, so those votes fade out, which eventually happened and the hostility was thawed out(:

The team involved in the above talks with the exchanges, did a commendable job that they could maintain a working relationship with the exchange representatives despite all that past, and have HIVE listed!! Kudos to the concerned team!!

We all know PR is important, it involves creating hype and this has increased prices of crypto projects like Tron several times, because of the PR of Justin Tron. Through PR, even projects that are not noteworthy, and even scam ones (like many ICOs of 2018) get short term returns and reverse is true too where really promising projects with good fundamentals don’t get popular and recognized because of lack of PR.

It is great that the story of HIVE is well known through many articles, else it would be difficult for outsiders to appreciate and understand how HIVE uniquely evolved without a legal entity.

However, I did not get to know all the old story that preceded HIVE and the new happenings in HIVE through articles, I got it reading the chain news, which are updates and articles written by witnesses, and others involved in the development of Steem and HIVE Blockchains.

In a sense, that’s way better because I see that outsiders don’t connect and understand Steem or HIVE and I can because in a way I am part of the HIVE community and am inside it, many of the journalists get these blockchain and blockchain governance politics stories all wrong.

So, happy for Hive and wish all the good growth of the blockchain, indirectly it would benefit me through price action of course, even then all this is very interesting and teaches one practically about the blockchain you write articles on.