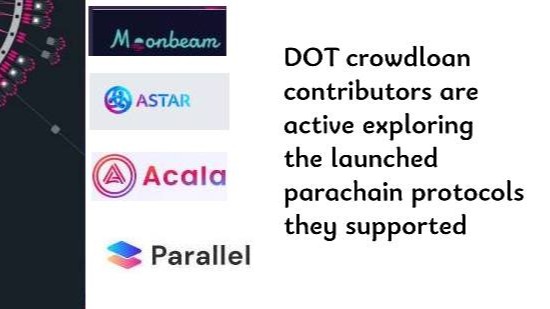 It’s exciting for DOT crowdloan contributors in Polkadot because besides having received tokens of parachain projects we get to explore and use these launched parachain protocols.

Till now, I have explored Acala and Parallel Finance parachains that launched on Polkadot and have used my received ACA and Para tokens in those parachain projects by doing various DEFI tasks.

For those unaware of parachain crowdloans, the DOT community can contribute DOT to the project of choice through crowdloans to support the project to win a slot in Polkadot’s parachain auctions. Here, that project that bids the highest amount of DOT wins a parachain slot in the Polkadot Blockchain.

The DOTs these projects collect from the Polkadot community through the parachain crowdloans are important to be able to procure enough DOT to win a parachain slot in the parachain auctions.

I have received tokens of Acala(ACA), Moonbeam(GLMR)at first because these projects were early winners in Polkadot’s Parachain auctions.

Later, via Parallel Finance, I contributed DOT to two more projects - Astar and Efinity. So, I got some Para tokens for contributing to two Polkadot Parachain crowdloans using Parallel Finance.

Later I also learnt that I should have got my Astar tokens distributed in my polkdot.js wallet quite a while back, and found that my ASTR token rewards were there in the wallet.

After this, I explored the Astar protocol, to know what I can do with my ASTR tokens.

The latest parachain protocol that I explored - Astar Network 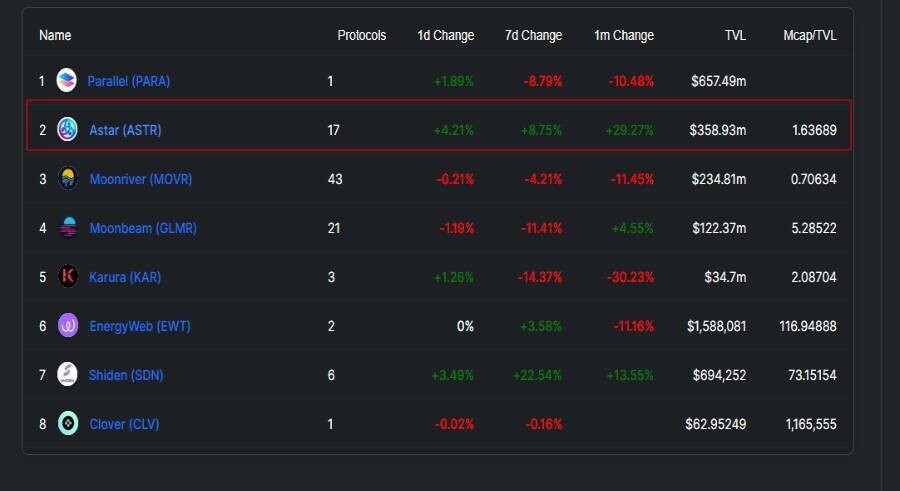 From Defi Lama . Astar is the 2nd top parachain inside Polkadot after Parallel Finance in terms of Total value locked.

Astar is already home to about 11 dapps!!

Already, there are some active Dapps in Astar Network as can be seen with a number of protocols having attracted millions of value to be locked. I saw that protocols ArthSwap, Stanley Finance are quite popular here which is huge for me because I came to understand and know about Astar Network and it already has 11 active dapps for me to engage about!! 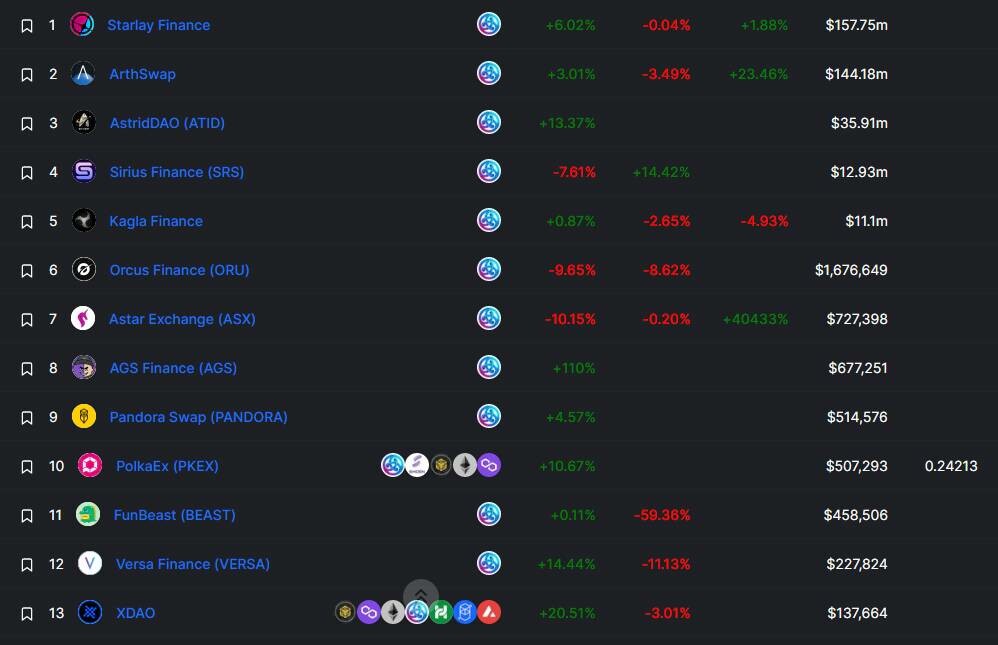 From Defi Lama . Active protocols in Astar attracting users to lock assets in the platform.

So, there you have it, Astar Network is not aiming to be just an application or dapp, it’s like a base framework for other dapps to build. This means Astar is competing with layer 1 blockchains like Ethereum, Cosmos, Terra etc. This is pretty big!!

Why Astar is an important parachain for the Polkadot Network

I understand that Polkadot is a layer 0 Blockchain that connects layer 1 applications which are the parachains building on it. Polkadot provides security to all these parachains, so there is no need for each parachain to have their own validators to secure them. However, Polkadot does not have smart contracts in it and Astar Network aims to provide that.

However, there is a solid reason why Astar could be a great platform for dapps to build on, this I will detail in another article.

Thank you for reading!!