HashOcean: The Biggest Scam During Cryptocurrencies Are Starting To Get Discovered 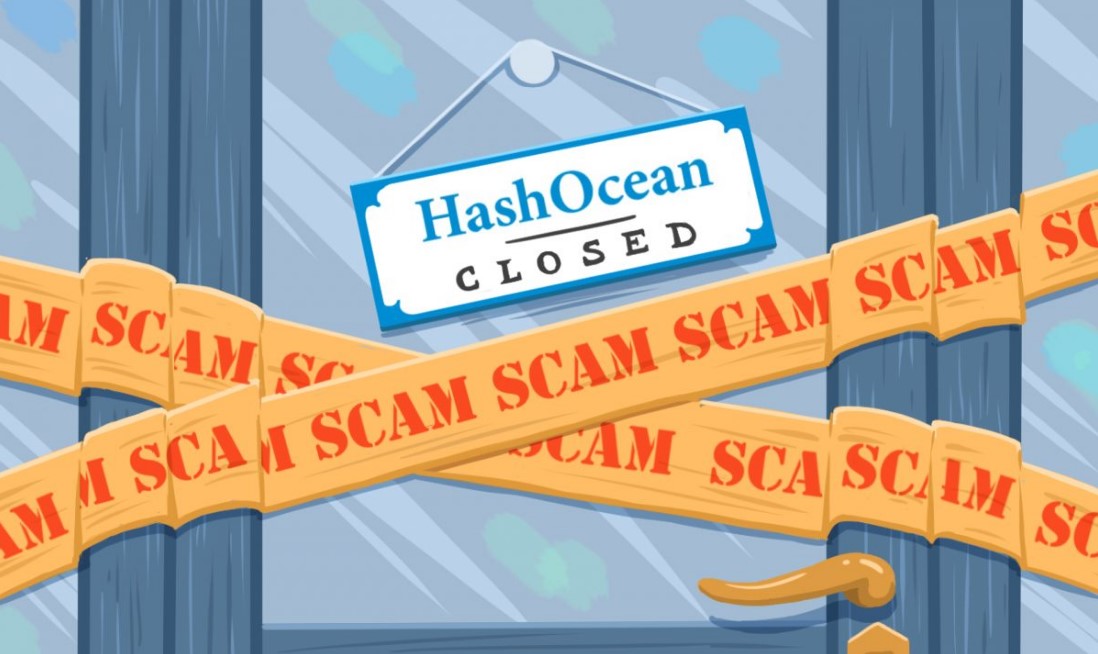 HashOcean: The Biggest Scam During Cryptocurrencies Are Starting To Get Discovered

By fycee | Introduction To CryptoCurrencies | 31 Mar 2019

Year 2016 when most of us here have slowly gotten involved with cryptocurrencies or just by Bitcoin itself. It was also the year where the biggest cloud-mining site (That's what the site claimed) scammed 700,000 people. Most HYIP or High-Yield-Investment-Plans are hiding in the form Cloud-mining programs. Some experts call it Ponzi scheme. They gather money from the members who invested in the program and just release the pay-outs thru the new members who invested. It's also like a FIFO First-In, First-Out. It is just amazing how this program lasted for 1,300 days and being able to pay-out without any hassle for such a long time.

This turn of events made scammers really gotten hungry to get all the losses they had from other people. This is the reason why most HYIP platforms after that only took days to be existing in the world-wide web.

The only thing that we heard after the withdrawal requests have been pending is that the site was hacked. Oh gosh! That is the only thing they're gonna tell the people who invested to them?

The most enticing way they were able to gather a lot of investors is the ability of the site to give funds even without investment so if you do have a running internet shop, put all your computers signed up with multiple accounts under the multi-level referral bonus program and then your main account will definitely earn much aside from the few accounts that you will be able to gather from spamming facebook groups with your links posted without restriction.

I have invested in the site with an amount that I will be able to earn the minimum withdrawal set by the site per day. I was glad to post my proof of withdrawals everyday to my social media account to share to my friends and family members. I was able to gain a lot of referrals after that and be able to let them invest the same amount like I did which made them able to experience the joy of having a successful cash outs too.

Sadly, I was just able to get daily pay-outs (because my daily earnings already hits the minimum amount to withdraw) on the latter part where the site was about to say goodbye!

Though being greedy is inevitable, it was the time you could've gotten your principal amount back from the earnings you had but all you did was to re-invest your earnings to add to your capital amount. That is the time you will have regrets after the site has shuts down and have taken all our money.

Would you like to be in the position to be scammed furthermore?

The most silly moment here is when another site just popped out of no-where and just added letter "S" to HashOcean. Making it HashOceans. Well probably a phishing site where a lot of users got notified that they could recover all their lost funds here in this site. Another cloned site was HashOcean.Co.UK where the ulterior motive is just like the same as the first one. With HashOceanS, there have been no returns given and they just ran away like that after a few days of existence.

Let me know in the comments if you were also a victim of this site. I was triggered to share this one because I have seen connecteconomy 's post about Bitconnect where I will also create my own post regarding my sad experience being a victim of this cryptocurrency program/platform.

Let's all be warned, get notified and share this awareness. Let's always do our own Due-Diligence whenever we get to choose an earning program. Higher returns for such a short period of time is definitely a HIGH RISK. Not even a master trader can double his invested amount in 24 hours.

Thank you so much for taking yoru time reading my post and I hope I was able to give new crypto enthusiasts a warning about these kind of sites which will in the future might be existing again.

Follow me here on publish0x. Check out my posts here, and Thankful for the "support" in advance. You already know what that is! Hahahaha!