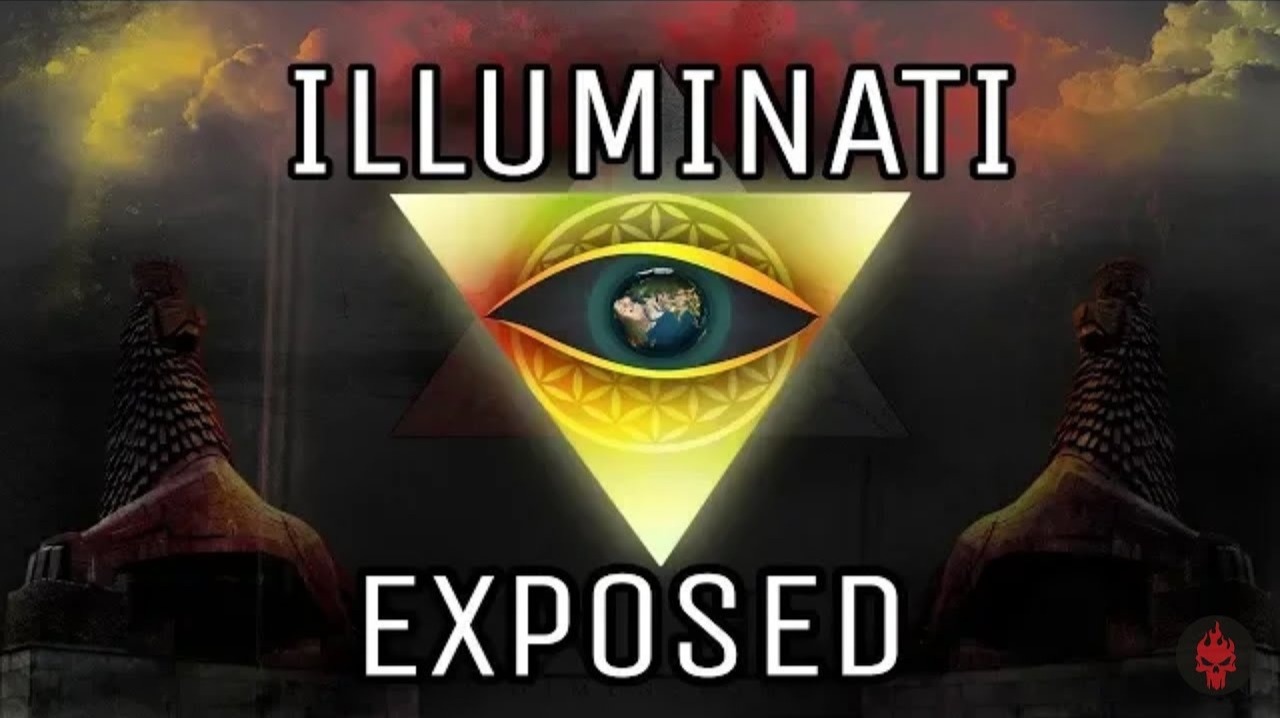 ILLUMINATE: The GOOD The BAD And The UGLY

Let's start with the Martin Lucifer King reference. At the time this recording was made, Mr Fagan is correct that Martin Luther King was funded by the insiders. They funded many organizations and individuals to find the ones who woulddivide the nation racially, spread an anti Christian message or pervert the existing one. More importantly, they needed people who would destroy the authority of the Constitution. Obviously with beloved Martin, it soon became a question of who would use who As Martin Luther King was a spiritual person first, they offed him, after this recording was made.

Then there is Jack Kennedy, better known in our time as JFK, or John F. Kennedy, the president who was assassinated in 1963. Are and were the Kennedy's, a bunch of corrupt criminals? Yes. Did Jack betray the insiders? Yes. It appears like Trump, Jack was an insider who wanted to straighten a few things out at the top. His major offense, as he began to see the insiders were not open to suggestions, was to back legislation eliminating the Federal Reserve as it existed then and now. He was offed.

The effort to get rid of the Federal Reserve by President Kennedy did not get a lot of press then, and is unreported as context now. Obviously Robert Kennedy was also appalled by the level of corruption and felt it would ultimately hurt the technocracy movement. He was offed. It appears that Mr. Fagan did not follow the banking bill backed by President Kennedy. Myron was a social insider, whose deep political insider contacts were obviously limited in some areas.  The facts around the Robert Kennedy assassination are still less than conclusive, so Myron's desire or ability to follow Robert before his death, as he fell out of love with the insiders is also likely obscured in his reference to the Kennedy's.

Mr. Fagan can be excused, in his evil portrayal of certain leaders, as his desire seems to be to dramatically explode saintly myths of the time, around big name leaders. Sometimes  exploding myths causes collateral damage. He was attempting to sift through a ton of obscured data. Data difficult in his time and which is still obscured in ours.

Illuminate And The Jews

Ever since this recording came out, the main rub has been the mention of Jews, and Zionism. Ever since this editor first heard this recording in 1971, I never thought of it as anti Jewish in any way. It is obvious in his account, that the insiders are not religious, period. They simply use different religions, spiritual, philosophic, and ideological beliefs for various purposes. However if you really think this is anti Jewish, GOOD LUCK with your brain.

For the Record; Jews, Hebrews, Sufi's Rosecrucians, Buddhists Christian, atheist, whoever. Learn to use your brain, and don't be controlled by it's fear of making an unpredictable error. Great knowledge is everywhere. Our fate is tied to greater Unknown purpose and our desire for truth. 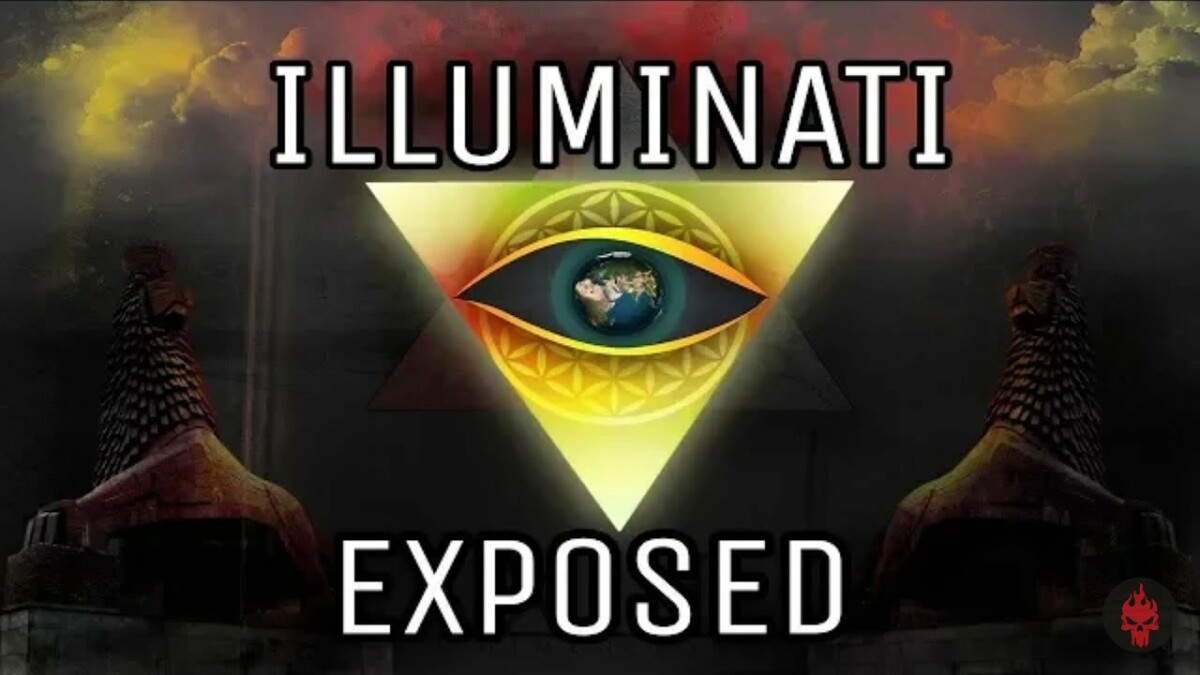 All in all, with a few time warp induced, cultural winces every so often, this may remain the most accurate over all account, as a compilation of history, available, of the Illuminate or insider plan.. It does omit mention of the technocratic school of thought that gave rise to Marx. He is ignorant of certain other histories and culture around that time as well  This is because Myron was first an urban artist and writer, limited as a journalist. He was simply a man, close enough to the inside, to smell a rat and have the resources to follow up, to see how much of this was a fictional product of the gossiping class with which he hobnobbed. He was on to some pretty rank stuff, and needed to know how much was just, cocktail, coffee clatter. The man was obviously outraged at what he found and leans on the dramatic to convey it with much research and documents as evidence.

In 1967, Myron Fagan released a three-LP set titled Illuminati. This recording has been transcribed (you can hear the original audio here) and the text has been used to create this edition, published in 2017 by A Distant Mirror in paperback, Kindle and epub formats. Myron Fagan reveals the plot for global enslavement launched two centuries ago by Adam Weishaupt, an apostate Catholic priest who, financed by the House of Rothschild, created the organisation which he named the 'Illuminati'. Fagan describes how this group has been used by the House of Rothschild to work towards a world government, and how every war during the past two centuries has been instigated by them. He describes how Jacob Schiff was sent to the United States by the Rothschilds to further the Illuminati plot, and how he was able to gain control of both the Democratic and Republican parties. He shows how Schiff seduced the American...

Banking Secrets From the Crusades To the New World

This Illuminate, historic account of Myron Fagan, goes back to the 1700's and a bit before. But the history of modern banking originates with the Knights Templar. Their history begins in the attempt at conquest of the Mideast. However it is also connected to preserving and advancing certain knowledge from the Great Libraries of ancient time. This knowledge from before the flood 12,000 years ago concerned the civilizations that sprang up after the flood.

The first history changing, major effort, which sought to find and reassemble all the ancient knowledge, may have begun under Alexander the Great. Alexander was taught by Greeks in possession of much of the ancient knowledge. His campaign took him all the way to India. He left a trail of artifacts from India to Greece, through the Mideast.

The second major event was the Crusades. What became common insider knowledge at that time, was tied up in what Alexander brought back, and was either shared with, or stolen by Rome, leading to and after their invasion of Egypt. Then the Byzantines, and also various collectors. Many people throughout Europe secreted many documents when Rome fell, till around 900 to 1000 AD.

It was decided at that time, that to find and organize the ancient records existing outside of Europe, some fabled, some in possession in various inconclusive forms by certain royal and merchant families, Egypt and especially on this venture, Jerusalem must be revisited. There was stored in Jerusalem, the ancient Egyptian knowledge, some from India as well, and the Hebrew Knowledge. Hebrew knowledge it was thought, had proven by virtue of the events surrounding the overcoming of bondage, to have exposed the corruption of the Egyptians use of much ancient knowledge. Plus it was the tradition taught by Jesus. This debate needed to be sorted out.

Also, it was known that ancient civilizations existed outside of the known world. Maps, charts and other data were necessary to compliment those copies and incomplete original documents, in the hands of different individuals, or which were known, or believed to exist at that time. To bring this knowledge into more hands, and safely capitalize the crusades and the "New World" discovery voyages, a system of trust, to exchange assets by note and cargo, was needed. A system, that could overcome political and economic boundaries. At the direction of certain people, certain knowledge of wealth creation was released to the world, advanced and instituted by the Knights Templar. For brevity, Knights Templar origins, must remain a bit vague, in this article.

However because, the Knights Templar were not on a power trip for themselves, but for the creation of a new world age based on the teaching of Jesus and the ancient sciences, they were done away with, just prior to the financing of first New World voyages. The colonial wealth from those voyages, confiscated by the evolving insider international banking system, empowered the banks,  the Illuminate, and it's offshoots. It has foundationally financed our current tragedy of tyranny, debt and usury today.