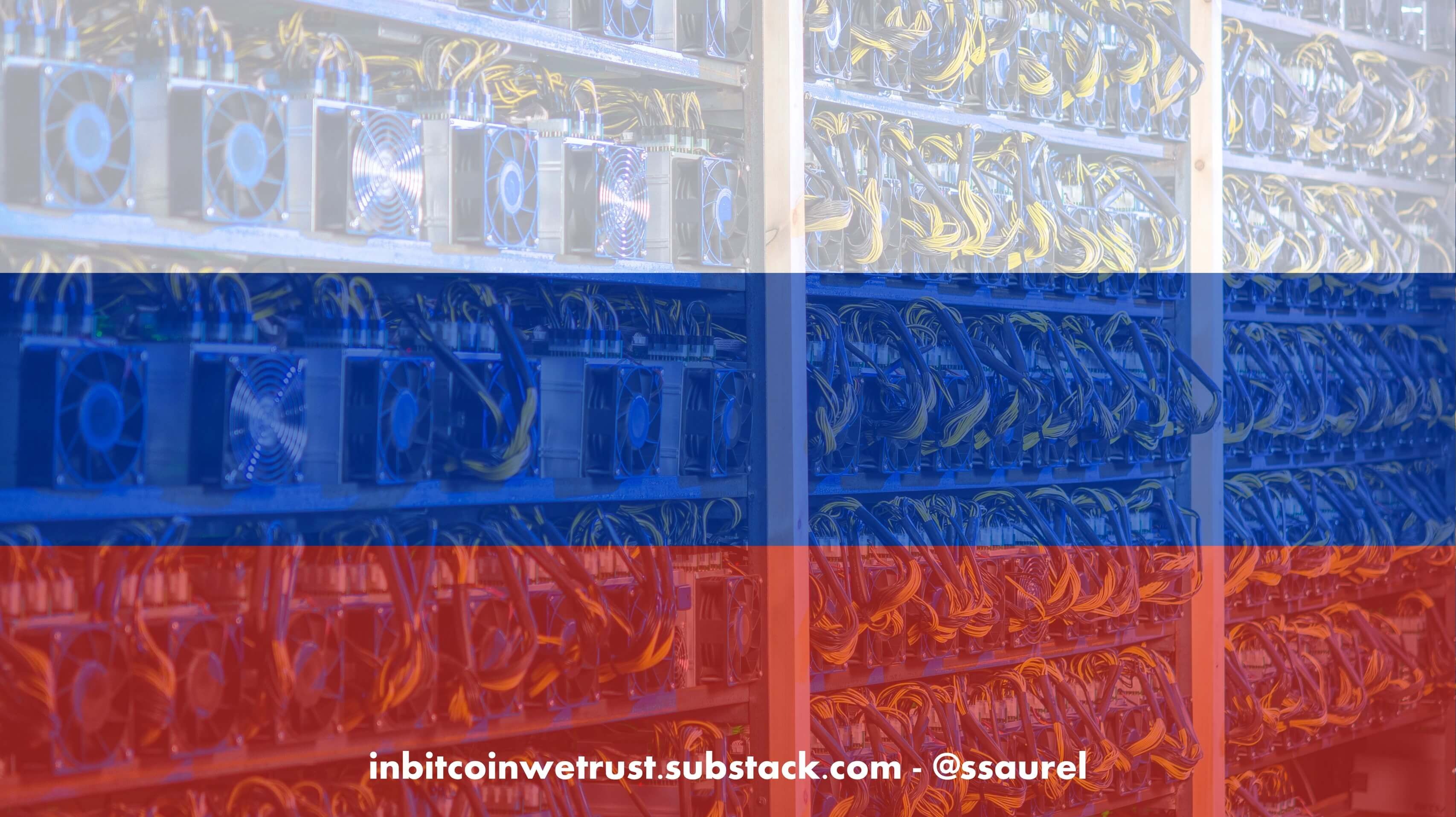 Russia Is Turning to Bitcoin Mining To Use Its Energy Resources, Which May Soon Have No Buyers.

Faced with American and European sanctions, Russia has decided to get organized. Rather than standing by and doing nothing, the country led with an iron fist by Vladimir Putin wants to take advantage of all opportunities to better protect itself from the consequences of Western sanctions targeting its country.

Thus, the Russian Deputy Minister of Energy, Evgeny Grabchak, has just announced that the legal vacuum that prevails in Russia regarding Bitcoin mining should be removed as soon as possible. Why? To allow people who want to practice this activity to do so freely.

Evgeny Grabchak's strategy will be first to define the areas and spaces that will host Bitcoin and cryptocurrency mining centers. Then, it will be necessary to free up energy resources to cover the needs of those who wish to carry out mining.

Depending on the distribution plan that will be adopted, there could then be new configurations on Russian territory:

“The legal vacuum makes it difficult to regulate this area as well as to establish clear rules of the game. This legal vacuum must be eliminated as soon as possible. If we want to somehow accommodate this activity, and we have no other options in the current reality, we need to introduce legal regulation, adding the concept of mining to the regulatory framework.”

There is an obvious reason why Russia is suddenly so interested in Bitcoin mining. Due to American and European sanctions, Russia has just required payment in rubles for its oil and gas in case the buyer is an “unfriendly” country.

In the eyes of Russia, all countries that apply sanctions against their country are “unfriendly” countries. Thus, all European countries that depend heavily on Russian gas fall into this category. If Russia is not paid in rubles for its exports from April 1, 2022, it threatens to cut off the pipelines to Europe.

It is difficult to know if Russia will go through with this (probably not), but it is certain that in the medium term another way will have to be found for Russia to take advantage of its energy resources. This is where Bitcoin and cryptocurrency mining makes sense. This has helped Iran for several years to better cope with American sanctions for example.

Neutral and non-political, Bitcoin could prove to be an important ally for Moscow in the future

It is not a perfect solution, but it is something that appears to be relevant for the Russian economy in the current situation as Evgeny Grabchak says.

While America has taken full advantage of China's ban on Bitcoin during 2021 to become the dominant Hash Rate zone on the Bitcoin network, Russia could come in and strengthen its position in this area to take advantage of the digital currency set to play a key role in the Bretton Woods III that will take shape after this war in Ukraine.

It will take time for Russia to be able to earn substantial revenues from this Bitcoin mining activity, but it is a trend that is beginning to take hold in the months and years to come. Proof that Russia imagines that the Western sanctions against it are not about to be lifted.

On the side of Bitcoin opponents, such as Christine Lagarde, the president of the European Central Bank, this Russian interest in Bitcoin mining will probably be used once again as a pretext to attack Bitcoin. Lagarde will repeat that Bitcoin is helping Russia escape Western sanctions, and at the same time is complicit in Vladimir Putin's war in Ukraine.

What Lagarde and other Bitcoin opponents forget is that Bitcoin cannot be controlled. Bitcoin is decentralized and that is its greatest strength. Anyone can come and use the Bitcoin network for what it is: a P2P payment system whose transactions cannot be censored.

This includes Vladimir Putin's Russia. Rather than accusing Bitcoin of being what it is, and that more than 130 million people have already invested some of their labor in it, the powers that be in the current system would do well to ask themselves the right questions. Their stranglehold on the current system is once again proving to be problematic, and it is no coincidence that more and more people will be looking for alternative solutions to break free from their yoke.

Bitcoin will be the best alternative for the people, but also for the States that want to regain monetary power on a global level.