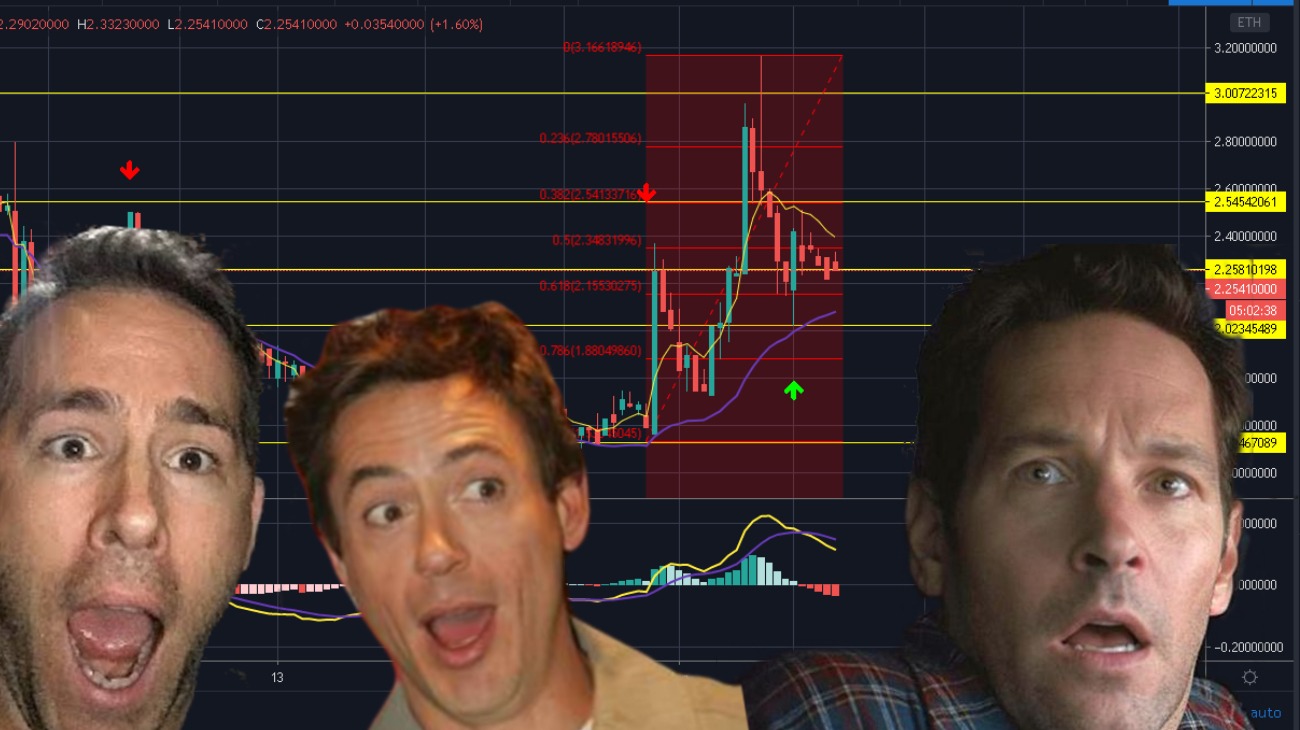 Figures exclude 362,000 DAI users.The increase in the year to date is just under 100,000 users, and in March alone there was a slight decrease in the number of new users, potentially caused by the worldwide spread of COVID-19.

Mistrust drives adoption
Although the overall numbers are still small in the overall scheme of things, adoption is growing and this is likely to increase as projects become easier to use. The total market capitalization of all DeFi projects has exceeded $ 2 billion according to DeFi Market Cap.

A CoinGecko report showed that 89% of respondents knew about Defi, and that the best-known app was MetaMask.

In addition to that the small pullback had a bullish rejection at the 0.38% level of the fibonacci pullback.
According to Dune Analytics from June 18 to the present day, 3,138 new accounts have been created. Family persistence ... 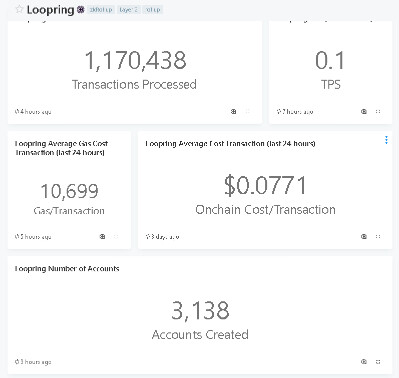 Apparently ZRX presents us with great opportunities. A descending triangle has been formed in the last 30 days. At the time of writing this the price of ZRX against bitcoin is 0.00003642 sat. Yesterday, June 19 and today, the price has tried to overcome the support of 0.00003721, however, it has encountered strong opposition from the bears, leaning on the theory of the descending triangle plus a loss of the will of the bulls. , bears can take advantage of these opportunities to push the ZRX price even lower, the next stop will be at levels of the next support that is at 0.00002952 sat. Everything is in favor of the ZRX price continuing to decrease the following days to this we can add that DEMA 60 is above TOPIC 20 the probabilities are totally bearish

On the 4 hour chart
From June 16 of the current year until today the value of Sinthetix Network Token has increased 43% in just 4 days. On June 16 SNX was exchanged for 0.00010919 sat, today it is exchanged for 0.00015323. Apparently a support level is forming at 0.00016054 sat since on June 19 SNX / BTC reached record highs that day an SNX was exchanged for 0.00016500 sat, however 8 hours before the end of the day there was strong opposition from the of the bears since in so 4 hours the price fell 12% forming an important, but small retracement candle in the last hours of the day. Today 06/20/2020 12:56 UTC SNX is being exchanged for 0.00015323 sat recovering from that small setback but now finding the support that I told you is forming. The movement continues to be bullish. The 20-period THEME is above DEMA 60. It is also important to mention that the 0.38% level of the Fibonacci retracement seems to be supporting the price.

SNXETH is making interesting movements, yesterday and today June 20 the price managed to overcome the resistance of 0.0059896 eth without any problem in the last 4 hours of day 19 the price fell slightly but was found, so the day yesterday was a resistance and today works as a support because today started with a large bullish volume candle on our 4-hour chart. At the time of writing this the SNX value is 0.0063761 eth. Odds of SNX continuing bullish are very high
* The next major resistance level is at 0.0070292 eth
* TOPIC 20 is above the 60-period EMA
* From June 15 more than 200 K Total DeFi users over time Excluding Dai users (206,124) users at the time of writing this

Yesterday I made an analysis of MKR / USD here I leave it in case you want to see MAKER/USD . As far as MKR / ETH is concerned it is presenting great opportunities. In 13 days the value of MKR against ETHEREUM increased 98%, as of June 10 the price has reversed downward in the following days.
The bears stopped when they met strong opposition from the bulls on June 15, a large rejection candle to the rise was formed that day relying on the important support level of 2,02345489 eth, the following days today price has been trying to break the support of 2.25810198 eth, the price at this time is 2.25410000 eth, below that support is 0.618% of the retracement of fibonacci. The main trend continues to be bearish, but the secondary trend maintains an upward sentiment, that rejection with bullish volume on June 15 is favorable since it pushed the price above that level of resistance which today the price continues to interpret as a support 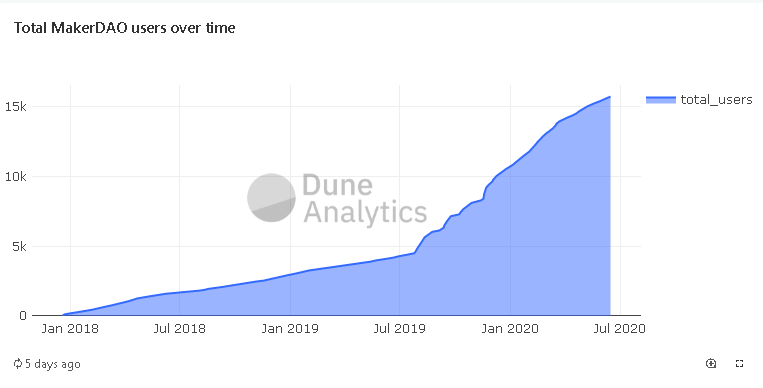 From June 7 until today the value of Kyber Network Crystal has increased by 88%. At this time the KNC price is 0.00013726 sat, as you can see on the 4-hour chart today the price is managing to break the resistance of 0.00013606 sat that resistance was confirmed on June 12 since that day the price In that aforementioned area, it received strong rejection from the bears. But we cannot go unnoticed that DEMA 60 is above TOPIC 20 that would present us bearish movements, however as you can see the 0.23% level of the Fibonacci retracement is working as a support pushing the price even higher at this time just above our resistance level which can lead to an EMAS crossover pushing TOPIC 20 above DEMA 60, positive signs for bullish continuity. 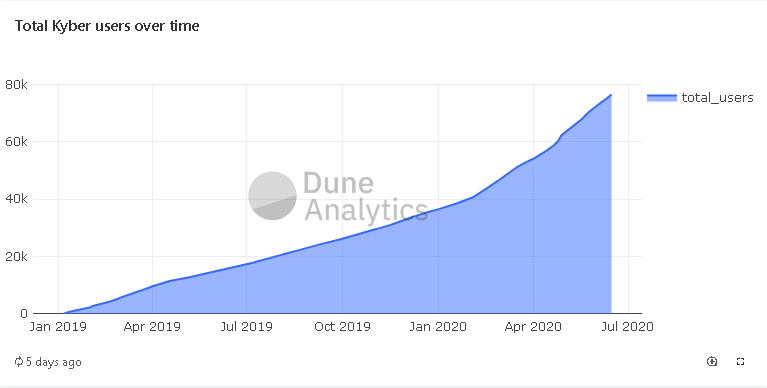 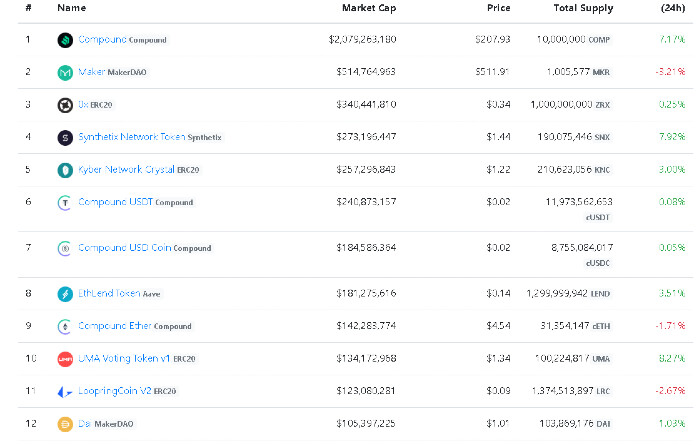 Kain Warick, the founder of Synthetix, a platform that creates synthetic assets for DeFi and the third protocol on DeFiPulse, praised Compound for the successful launch of its token, saying he had underestimated the impact that the launch of COMP would have:

"I didn't see how you could build a strong community without a token to boot it, but even then something was needed to capture the value, governance was not enough," Warwick tweeted.

"I can see a very strong community emerging around COMP now given the wide range of people who earn it ... The new lenders coming in over the next few weeks and months will be the ones who will really make a difference,"

he added, predicting that Compound could soon top DeFi's ranking for assets under management.

Australia's most successful DeFi project to date is Synthetix

,which hopes to become a decentralized version of the BitMEX derivatives exchange. It was DeFi's second largest project, according to DeFi Pulse, until earlier this week, when it was overtaken by Compound following the launch of its Token COMP, Synthetix is now at number three with $ 162.7 million in sheltered value.

Whether to trade synthetic assets, or "synths" - tokens tied to the price of everything from gold to stocks to tea in China. There are also derivatives of synths such as "reverse BTC" that rises in value when the price of BTC falls.

Thanks for getting to this part with that + your like and your tip you are already participating to win. I am thinking of doing a GIVEAWAY (for those who really need it) on my part rewarding some lucky ones, the dynamics are clear to me but I want to know your opinion the options to give away would be BAT, LBC, portions of ETH, portions of LTC, or prefer Satoshis. I want to know your opinion, the dynamics will make it known in my next post after I read which option you prefer, you can only choose one option, the most chosen will be the one that the winners will take, so I see you in the comments.

thanks for reading have a great day 🤗

if you want valuable information only in Publish0x 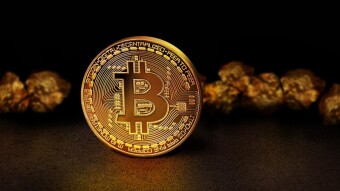 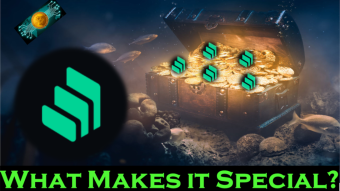 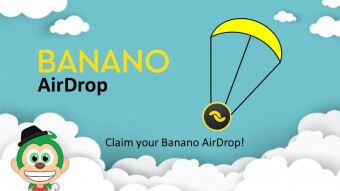