Project Hydro Round Up for APRIL

You may call this project hydro news panorama for the last 30 days. It covers the updates on the project’s progress, partnerships, integrations, expectations, both from project hydro and hydrogen (A layer 4 company building on Hydro’s suite of protocols).

You’ll agree that there has been a ramp-up of crypto activities in April, with many projects recording new ATH in 2019 after the gross slump of 2018, several others recovered appreciably, seeing big green candles on consecutive days - led by the king of the market i.e. BTC and other high ranked coins in the market like ETH, BNB, and Dodge. In a nutshell, we could say the market turned bullish in April. Hydro have had its own fair share of the perceived incoming ALT season with many bullish news-wise updates in the month under review, resulting in Hydro token’s price spikes on some days.

There are varying opinions about the performance of the tokens in the market. While some investors and traders believe it is yet to prove its mettle by having a higher percentage of the total crypto market capitalization, others believe it has done well so far by consistently laying the fundamental groundworks, developing the project and getting ready to take the centre stage in the next bull run.

Without much ado, below is the chronological highlight of Project Hydro and Hydrogen’s activities in the month of April:

April 2nd: The month started with the news of hydro being added as a crypto tipping option on Publish0x- a fast-growing crypto agnostic platform that rewards readers and authors for reading or writing quality articles, videos, and other forms of original contents. After a full month integrated for tipping now, Publish0x has give out84,349 individual tips, made by 3,332 different users, for a total of 639902.66834125 HYDRO. (approximately $1002 worth!).

April 3rd: Barginex, a Bitcoin margin trading platform in which you can operate/make transactions by duplicating successful traders announced the integration of Hydro 2FA on its platform, in line with the drive to create a secure trading platform for her growing user base. 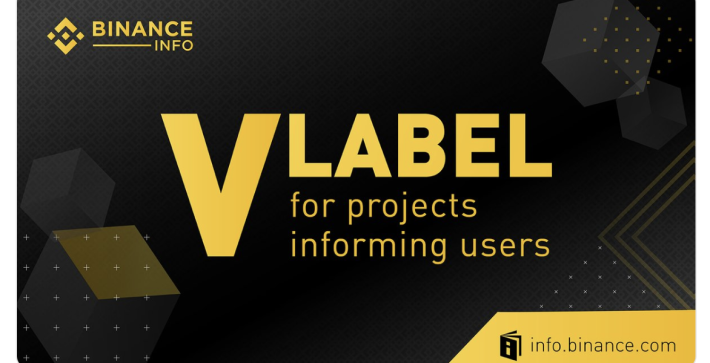 April 8th: Zeus Network, a new smart blockchain based Crowdfunding Platform for real World Tragedies & Emergencies announced a successful integration of Hydro Raindrop 2FA to add an extra layer of security for all users of the network.

April 9th: Hydrogen was named a world-changing Idea at the LendIt Fintech/Blockchain conference in SanFrancisco. That was after being nominated initially as a finalist for the award of Blockchain Innovator of the year.

April 10th: Soon after that, Fintech_Global a big crypto supporters club named Hydrogen among the wealthtech100 alongside with other notable Fintech innovators.

April 11th: Blockchain Transparency Initiative (BTI), a group that has carved a niche for itself as a whistleblower in the crypto sphere announced that Hydro is 1 of only 58 tokens to have 100% real volume on BTI's list of the largest 40 exchanges with wash trade volumes removed.

April 13th: The first sneak peek of the much anticipated feeless P2P token transfer mobile app from Hydro was revealed. Many have been asking if this will be the jinx breaker for project Hydro looking at how big the remittance industry is mostly to developing countries. A commentary from the team reads:

“Coming soon is a complete peer-to-peer (p2p) token transfer app that allows all users to send and receive hydro and other tokens, all within the convenience of an app, direct to users in an easy to use approach. Users can connect wallets of their favorite tokens complete with the ability to add hydro and ERC-20 tokens to their balance, transfer tokens to other users directly, and check out their complete transaction history. Best of all: NO FEES for transfers!”. The expectation has been building with numerous questions being asked for the possibility of such ever since it was announced. 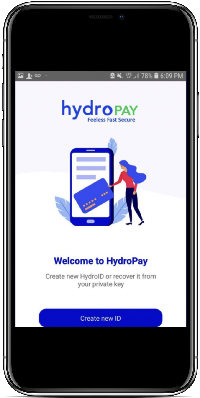 April 23rd: Project Hydro entered into a partnership with FerrumNetwork - the first high-speed interoperability network for real-world financial applications. The advanced financial applications allow users to take control of their financial lives, and Hydro will be playing an integral role in making that happen – The Hydro phase of interest is the Snowflake Protocol.

April 23rd: Hydrogen was mentioned in an article that focused on the collaboration between Microsoft and TD Bank Group, which not only confirmed the initial partnership but also reaffirmed that good things are directly in the pipe for Hydrogen and consequently Project Hydro.

April 25th: The Hydro Careers page went live on this date. Still at the core of how the project works is decentralization –that is why this page showcases the available opportunities to onboard developers from all parts of the world.

April 26th: Hydro community recognition page was deployed. Aimed at recognizing all past and present contributors to the project. This looks like a bait to get more people involved.

April 26th: There was an announcement indicating that a new roadmap will be released on May 1st, which will feature more information about 5 new flagship products in development, solving real-world issues with hydro smart contracts, as well as updates on TIDE, ICE and HAIL.

April 30th: The second time in a month that Binance talks about Hydro - This time it was about the release of the new roadmap on May 1st. I personally believe with all this attention; Hydro may already be under the radar of the Binance team. 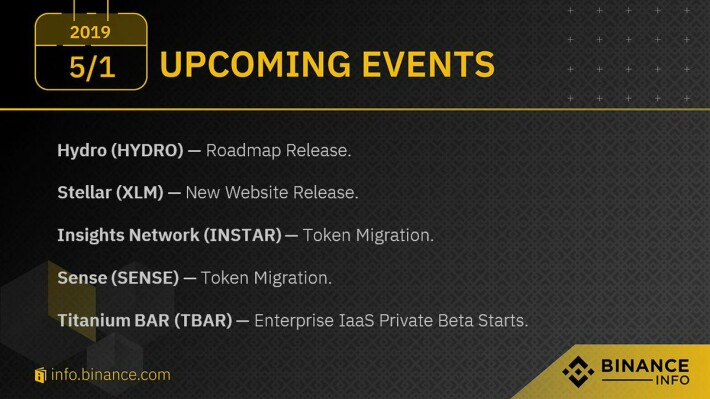 On a final note, after the many updates in the month of march ranging from;

One would have thought that April would be a sort of quiet time for the dust to settle out. The Hydro team have succeeded in proving that wrong. They seem to have much up their sleeves than anyone can imagine, which makes the coming days interesting to watch. If things go as promised, it is easy to predict that the adoption of the project’s products and services will spread like wildfire, so much so that those asking for price manipulation through suspicious practice as if it were a P& D would forget asking because it will be on a natural upward trajectory.

The Countdown to the first update scheduled for May 1st is just some few hours away. while we wait, if the whole buzz about blockchain/crypto is still like a puzzle to you, you can check one of the simplest explanation of the meaning of blockchain here. Written by Joseph Mennemeier public relations DA for project hydro.