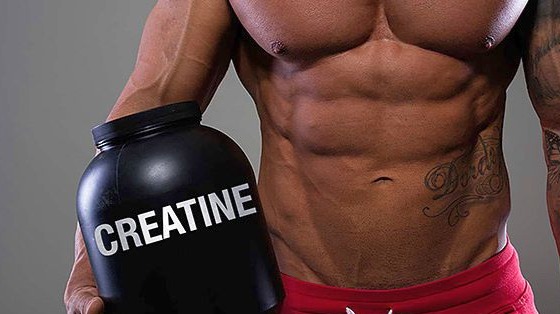 Is the use of Creatine as a supplement worth the money and effort?

Creatine is a naturally occurring substance in muscle cells that plays a key role in the process of generation of energy for force production to effect movement. Due to this role, the sports nutrition market has seen an influx of a host of products using it as a supplement for enhanced muscle performance.

As a supplement, it started gaining popularity in the early 90s due to increasing research evidence which demonstrated its safety and efficacy, especially in body building and strength training programs. For instance, by 1999, its use had skyrocketed to around 48% in US male athletes. As expected, the promising effect of Creatine has commanded unwavering attention from researchers. This is evident in the large body of research exploring its value in physical performance training.

Different Creatine products use the substance in different forms. It usually comes in as part of a compound such as Creatine Monohydrate, Creatine Ethyl-Ester, and a variant known as Buffered Creatine. Creatine Monohydrate is the commonest and most extensively studied form. The compound has been shown to improve Creatine levels in muscle cells by up to 40%.

As a naturally occurring substance in muscle cells, Creatine exists in two main forms: Pure Creatine, and Phosphocreatine (a compound comprised of Creatine and a Phosphate group). Total Creatine stores in an average-sized human body have an upper limit of around 160g.

A Quick Look at How Creatine Works: A Little Biochemistry….

A basic understanding on how Creatine works should give us a good lift towards understanding how these dietary supplements work, along with the implications of current research and how you can possibly incorporate its usage in individual exercise programs.

As pointed out earlier, 95% of the compound is mainly found in skeletal muscles, where it exists in pure form and as part of a compound known as Phosphocreatine. Several organs play a role in the production of Creatine, and these include the Liver, Kidney and Pancreas. External sources of Creatine include Red Meat and Fish.

The process of Creatine formation starts in the Kidneys where two amino Acids (building blocks of Proteins) are combined. The result is then transferred to the Liver where further processing converts it to pure Creatine. After formation, the Creatine molecule is then transferred to muscle cells where it’s absorbed, and combined with a Phosphate group to form what’s known as Phosphocreatine.

The human cell uses a compound known as ATP (Adenosine Triphosphate), in a series of reactions that produce energy which is used to generate the required muscle tension or force.

In the absence of physical activity, ATP molecules react with Creatine to form Phosphocreatine and ADP (Adenosine Diphosphate). When there are physical demands, which call for more ATP for energy production, a reverse reaction occurs where Phosphocreatine reacts with ADP to reform the ATP.

In this scenario, Creatine can be understood as a medium of storage and transport/shuttle that’s necessary for the formation of a crucial compound for energy production. In medical terms, this process is famously known as the “Phosphocreatine Shuttle”.

This process forms the basis for the usage of Creatine in supplement products in the sense that increased concentrations of Creatine should render the whole process much more efficient, thus enhancing overall muscle performance.

How to use Creatine: Dosage

Current research strongly suggests that oral intake of Creatine Monohydrate can significantly increase Creatine concentrations within muscle cells. This is mostly based on a dosage of 20-25g per day for 5-7 days. The most significant changes are witnessed in the first 28 hours of intake. Standard approaches divide the Creatine supplement program into 2 phases namely: Loading and Maintenance dose.

This is characterized by a daily dosage of 0.3g/kg/day for 5-7 days. The dosage is typically divided into four equal doses per day dissolved in a liquid.

The daily dosage is taken down to 0.03g.kg within a period ranging from 28 days-10 weeks.

Alternative dosing methods have also been shown to be highly effective. These typically eliminate the phases and use one dose for a specified period of time. Dosages of 3-6g per day for 28 days, and 6 g per day for 12 weeks have been shown to be highly effective. However, the effects tend to kick-in at a slower pace compared to the phasing method.

As pointed out earlier, Creatine can be taken in a variety of forms. A quick look at how other forms compare to Creatine Monohydrate should give us a further lift.

In general terms, this is a modified form of Creatine, which has an enhanced capability to dissolve in water (also known as Hydrophillicity in medical terms). This means more efficient transport and reactivity within the cell, which translates to better muscle performance. Current scientific evidence has been able to prove this theory.

Combination with Other Supplements

Efficacy of Creatine on Overall Performance

The effect of Creatine supplementation is evident in short-duration, high-intensity exercise. This suggests that it is a safe and worthwhile addition to exercise programs targeting enhancement of muscular strength and size.

Studies have been able to show its effectiveness based on its effect on key physical performance parameters such as peak muscle strength in target muscles and exercise volume (i.e. total number repetitions or sets a particular muscle group can handle per session).

It should be noted that Creatine supplementation does not really have a significant effect on other factors such as muscle endurance and aerobic capacity. Therefore, its use to enhance aerobic activities such as long distance running is not warranted.

There are additional positive effects to the use of Creatine supplementation, which are possibly related to its enhancement of muscle performance.

The International Society of Sports and Nutrition identifies Creatine as a relatively harmless substance as there is overwhelming evidence that it does not possess any serious side effects, provided that standard guidelines are followed. One extensive study was able to support this conclusion after observing no side effects at 7-10 weeks after a standard supplementation program. Some studies have reported isolated cases of Kidney and Liver failure. However, all of the cases were a result of overdosing.

Creatine supplementation is a safe and effective way of enhancing performance in short, high-intensity Physical Exercise. A large body of research evidence dating back to the early 90’s has been able to support its usage. This extends to extra benefits such as improved lean body mass, muscle bulk and possibly overall performance in several sports circles. The key to success lies in clearly defining ones goals, and ensuring judicious adherence to standard guidelines relating to usage of the product.

Feel free to comment, make suggestions, or ask questions in the box below. Eagerly waiting to read from you…..