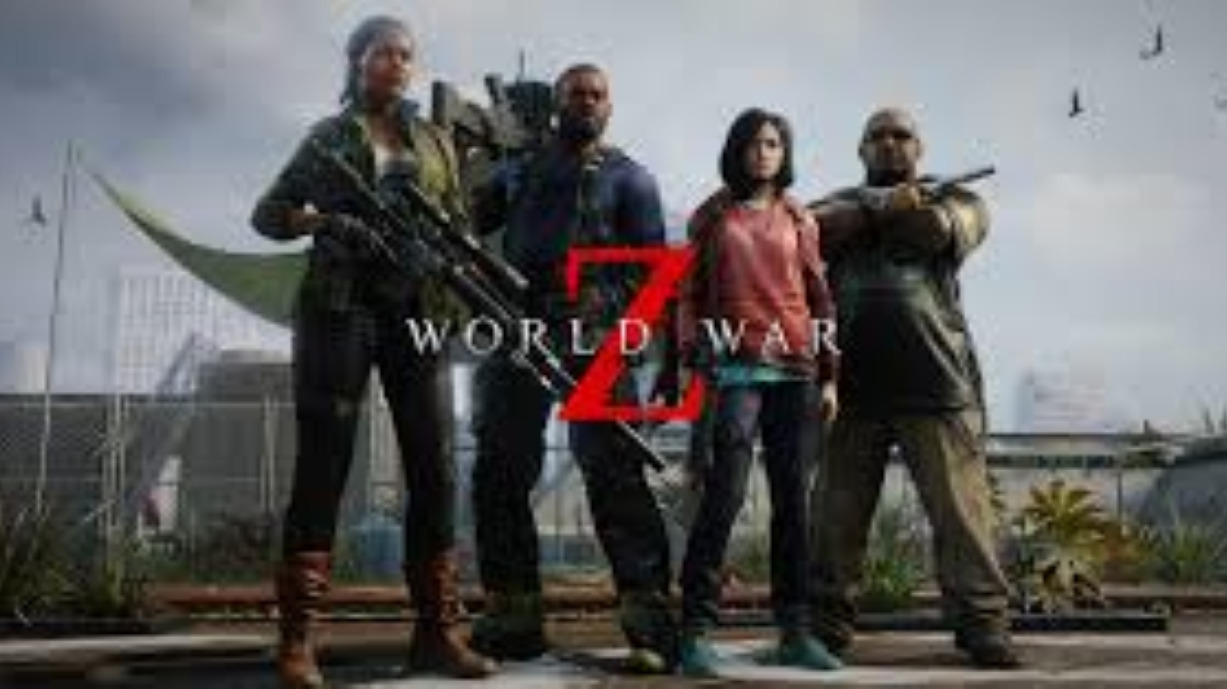 Do not look for Brad Pitt in the game, nor any links with the film. In fact, it could have been called completely differently, and nobody would have been in the way. Of course, it would only have been noticed by fewer people. However, if we were to highlight something that we have seen in the film and it is here, they are hordes of zombies kicked at each other to a great height, allowing them to climb through the walls and reach the floor. And it is a pleasure to shoot into such kicks. And sometimes the necessity, otherwise the rotting and relatively brisk zombies will soon reach your body. But you won't be alone. Whether you play solo or in multiplayer, you always have comrades at your side. Only sometimes they are live players and sometimes AI - when you play offline cooperation or not enough players join online.

The game offers collaborative campaigns - episodes in four cities around the world and usually include three missions (a pity that they are all unlocked immediately and effortlessly). This is quite a decent assortment of maps and the sites are suitable and sufficiently different - New York, Jerusalem, Moscow, Tokyo. As in Left 4 Dead, you have to fight your way through the streets full of infected along with three other survivors and you should help yourself. More hands means more firepower, which will definitely be needed, because sometimes hundreds of undead roll on you

You and your teammates can cover each other's backs and divide tasks, because it's not just about headless running ahead. It is necessary to activate switches or consoles, protect selected AI characters, train or gates, search for and deliver crates, place charges, escort bus. So it's quite colorful. Only partners can save your life when you are pushed to the ground by a jumping zombie. Comrades can use their medicine chest to supplement your health. And if you succumb to running in time, they will put you on your feet again. If they fail to do so, it is your turn, but it does not mean your definitive ending, when a short time limit expires, you are in the game again. However, on higher difficulty, it is, of course, rougher and you may not even get it to a successful conclusion.

However, compared to Left 4 Dead, Wold War Z is a less demanding action and has a simpler concept. You proceed intuitively and follow tasks and waypoints. In addition to the common infected, there are a few more powerful versions that occasionally appear - jumpers, tough zombies or toxic in a suit, but you don't encounter any explicitly special monsters or bosses. Your character may carry a primary weapon (submachine gun, rifle, shotgun), a secondary weapon (most commonly a pistol), a heavy weapon (a machine gun, a chainsaw, a sniper rifle) and an accessory (grenades, charges).

The initial assortment of weapons depends on the choice of profession. There are six of them in the cooperative campaign and each has their own perks, which are unlocked at higher levels. Gunslinger has advantages in shooting, another profession in shading zombies up close and there is also a medic. Appearance doesn't matter, but you can designate a preferred person who likes you more. Unlike Left 4 Dead, you don't follow the same characters everywhere. Each city offers a quadruple of survivors, some more sympathetic, others less, but always characteristic of the area.

During the procedure you can dispose of zombies close and distance, sometimes you climb the ladders and over certain barricades. You will continuously find bags and cases where you can replenish your ammunition and support items, but often replace your weapons with better and more efficient ones. In addition, you will often find stationary weapons that can be placed in selected locations. These are automatic machine guns or those you can manually control, electric traps or mortars. It is most often in places where you can defend yourself against hordes of zombies, which you can also start after a short preparation. Overall, cooperation missions are well handled and you can really enjoy them with good teammates. And thanks to the intuitive control, everything runs briskly.

However, the game also offers PvP multiplayer. There are ten different professions to choose from. They are different than in cooperation (specialist, demolition, killer, shadow ...) and have a different assortment of perks. You can access them after reaching a certain level of occupation, but you have to buy them for the game currency. They are all passive bonuses and sometimes with the possibility of switching them. It will increase the grenade reach, change the armament you start with, speed up charging, and so on. In addition, you can edit and switch the available weapons. It would be nice if all of this was taken into account by matchmaking. But it does not look at and there is a problem.

The game quite commonly puts together players with a significant disparity in levels and perks and unevenly distributes them into teams. There may be a difference in dozens of levels, and I also experienced extreme when opponents of levels 9 and 127 faced each other. It goes without saying that a weaker player who does not have a perk-charged character is having trouble killing some opponents even if he puts two shots into them. from a submachine gun, but he can fall after a single shot. You pay the most in Swarm Deathmatch mode, where you have to shoot as many enemy players as possible. Fortunately, in other regimes, victory is no longer so dependent on the number of killings, but focuses on meeting goals. Most of all, I have lost dominance, where it is traditional to occupy and maintain three key positions. In addition, there's the King of The Hill and the fight for the vaccine. A little more imaginative is the Scanevge Raid, where you collect supplies scattered around or remaining after killed enemies.

However, the variation of all PvP regimes is the presence of zombies, which makes interesting situations. They are not present all the time, but they continuously appear in waves that usually attract noise. After their liquidation is from the infected moment quiet, but only temporarily. Players earn undead points and have to be eliminated at least continuously because they can unexpectedly hurt and kill. Sometimes there is a shoot-out of players and zombies run alongside them, which complicate their movement and often arrive weakened duel winner. In the struggles you can get an ultimate weapon, which is limited in time. So it's not a dozen multiplayer, even though those modes have a similar course, but with matchmaking tuned it would be a decent above standard. With a higher-level character, you will definitely perform better.

The visual of the game is good. Graphic orgies are definitely not happening and you could do more with it, but the game does not look outdated and especially works very fast even with higher imaging. We didn't record any lags and it ran smoothly. But sometimes we encountered texture errors, but mainly there was a problem at the start of the match. After searching for players, it simply did not start, the map did not load, and everyone remained sticking out in the lobby where nothing happened. Several times the game remained hanging and did not respond at all. However, when the match or cooperation started successfully, there were no unexpected complications or outages when playing. In addition, she would please a little better AI infected, who are very predictable and lax, hardly surprised and surprised by their actions.

World War Z quite pleasantly surprised. It offers a successful collaboration that doesn't have as much fun as Left 4 Dead, but it's definitely fun. And multiplayer also provides space for players' mutual struggles, though with more or less traditional modes, but with a variety of zombies. The PvP experience, however, degrades a really bad matchmaking, which does not take into account the levels of players affected by the perks. So if you want to pull it together, fun is guaranteed, but if you want to hunt at other players, you have to clench your teeth and tolerate certain flaws and unfair fighting. But there is no boring.