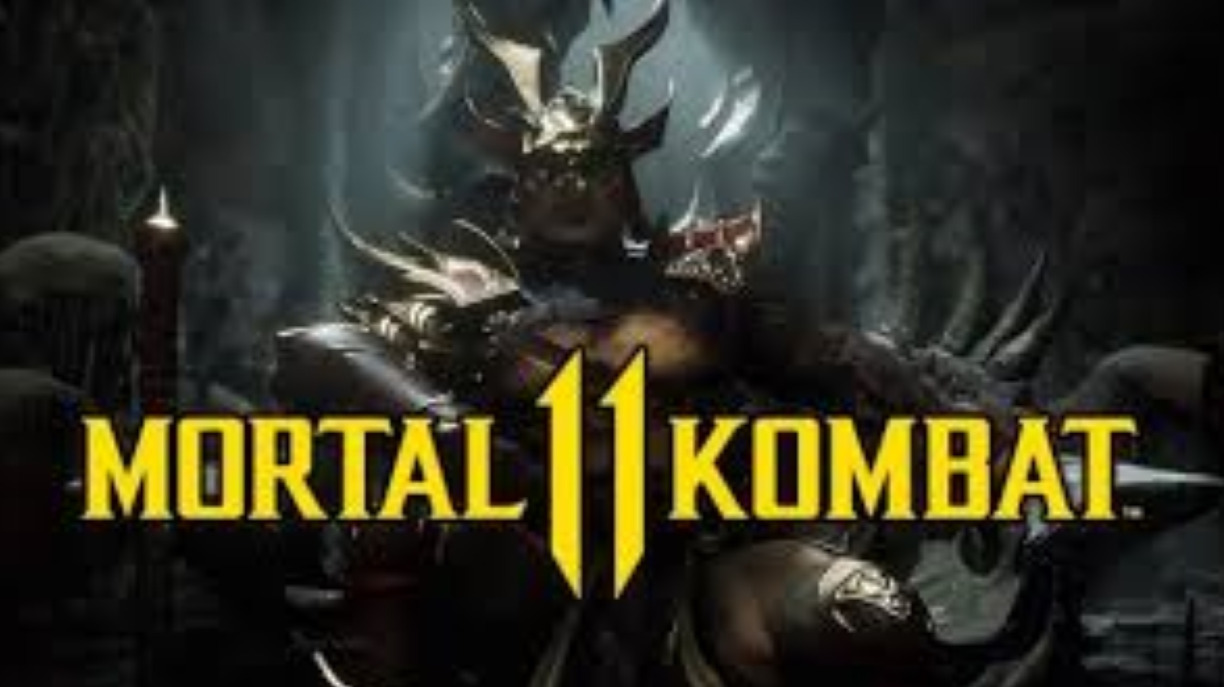 Mortal Kombat is probably the most brutal fighting game and, for many players, the most popular. And if someone disagrees, they are caroling for a really bloody Fatality. In short, it is a very addictive talc so you can also quarrel with a colleague in the newsroom for a place at the elected tournament.

The latest parts in the series are accepted subject to certain reservations. However, it is obvious that the creators are trying to pull extra money out of the players, especially for DLC with additional characters added, but you can also buy time crystals or skins. There's nothing you can do about microtransactions, unfortunately, it's a current trend to which many games are subject. Also Mortal Kombat. The offer of the shop is so far modest and the truth is that with the exception of fighters, almost everything else can be gained by playing and meeting challenges. The game itself, however, already has a rich content that will delight the bloodthirsty fighters and playfully outperforms most of the competition. For example, just my story.

Once upon a time, the storyline in the fighters did not pay much attention. All you had to do was a simple tournament where you had to squeak out a series of enemies and in the finals of the biggest bastard who was most nervous about you and forced you to squeak your joystick or gamepad. But even battle games are evolving - or at least they should. But many proven series underestimate the power of the story. Mortal Kombat, however, does not hesitate and tries to bring a fairly complex story in which we gradually play for most fighters. It's the same at eleven. It is also nice that the series develops and matures its actors. So, for example, Hollywood dude Johnny Cage is a different personality than he used to be. He has gray, but still good combat moves, although he is already breathless after the supercup. But she is more charismatic and has a child, a daughter who walks in her father's and mother's footsteps. And it is similar with other MK legends.

New blood showed up especially in the tenth part and in the eleven again got the space alongside the still popular veterans. And thanks to the play with the time played by the intrigue Chronicle in the new story, there are also surprising returns of the seemingly well-buried characters who can conquer a new future. And to make matters worse, there are unusual encounters where the same character from the present confronts his younger self from the past. This leads to interesting, sometimes serious, but often humorous situations that profoundly refresh the storyline.

And we must not forget to transform positive characters into negative characters and vice versa, which has already proven itself in the case of Injustice and its superheroes. The savior of the world can easily become his perdition, and the ancient rivals will work together. You can't be completely sure of anything until it's all over. So the story, however bizarre, you will surely want to finish and certainly not boring. The creators did not spare cut-scenes that are inflated between battles and explain the situations and motives of the heroes. In addition, you will be pleased to choose in the individual chapters with which of the two currently watched characters you will have the following fight. Once it can be Liu Kang and Kung Lao, or else you choose Jax or his daughter. The final fight awaits you after a few hours.

In the game, of course, there are no towers, where you ascend to the top from one opponent to another and in addition to rewards you unlock various individual story finals with individual fighters. There are classic towers and much more demanding towers of time, where various conditions, such as poisonous fumes or fire, make your progress difficult. Before the first fight or after a lost match you choose any character and its variation with a visible change of appearance, but especially other special abilities. You can simplify the procedure with consumable accessories that you choose before the fight. Whenever you activate and replenish your health, release the poison, add temporary armor or call for short-term help. You can also skip demanding opponents - if you have any Fight Tokens. With Fatality Tokens, you can quickly recall Fatality at the end of a match without having your fingers squeal.

In the game, Koins coins obtained for activities are used as a basic currency. Then there are soul fragments for victory in matches and then there are the hearts you get for Fatality or a little less drastic Brutality. The acquisition of premium time crystals is somewhat more difficult, they can be obtained for specific tasks and, as a last resort, can be bought for real money. In the menu you will also find Shang Tsung crypt, where you can open chests and get various items and accessories. This is also a way to get menus or new items of equipment that you can change every character, for example, in the case of a scorpion, it is a sword, a mask, and a spike on its legendary pull chain.

Multiplayer allows you to play locally with your friends, including the tournament and, of course, you can play online with a community from around the world. There are evaluated matches and the league will open in less than a month. We would welcome the warring rival factions that were in MKX, where players joined any leader and earned extra rewards based on the clan's achievements. In addition, you can just measure your strength with another player in versus mode or with a few in King of The Hill. There, however, you usually wait in the lobby for your opportunity, watch other people's matches, use emoticons, and show respect to the winners, so they move up. Players can also join in their own rooms.

There's also your AI multiplayer, where you create a three-person defense team and prepare a three-person offensive. All of these characters are controlled by artificial intelligence, and you can prepare them and choose who to throw. Then you passively watch the demonstration and hope that your deployed guys will be more successful than your opponent's defense. Tracking can be speeded up and you will immediately receive rewards based on the results. Your fighter AI can also be turned on in other selected modes, such as tower solo, if you are merely rewarding and do not want to fight every battle honestly.

The combat component did not experience any major changes. It is carried in the spirit of the last parts, respectively in the style of Injustice. The basis are two punches and two kicks combined with movements and block. Each character has a set of unique abilities that you activate by combining multiple buttons. And they can be reinforced with an additional button. But some very impressive attacks bring simple, easy variations. Occasionally, you can use an object nearby and squint it at the opponent. Well, there is a devastating fatal attack that can only be used successfully once in a match, but it takes an enormous amount of life to the opponent. Not to mention the fact that you will see spectacular animations of really brutal hits that go to extremes. But really extreme are the famous Fatality, which is a traditional bloody cherry on the cake at the very end of the match. Alternatively, you can use these Brutality or mercy instead.

It looks good, although there are some reserves in the graphics. But it is in high definition and also with 21: 9 UHD monitors, although this does not apply to splitting scenes. These are successful, but a common problem is the shift in sound and otherwise decent dubbing, which does not correspond to the picture. I have noticed some players' objections to the appearance of the characters. Personally, however, I think that they look nice and not unnatural as in some other fighting games. Kitana, for example, does not need big breasts to gain sympathy and has a natural charm and elegance in the game. And even such Jax looks human and at the same time stylish, when his steel fists burn red in battle. We tested the MK 11 on a PC where the game has reasonably designed controls, but the natural choice is any console driver that provides maximum comfort. It is nice that the game shows you descriptions with keys or buttons depending on whether you last used a keyboard or a gamepad and immediately adjusts the display as needed.

Mortal Kombat still ranks among the top in his genre. It has a unique universe with distinctive characters that are greatly drained in drastic battles. But, as the new, somewhat bizarre, but entertaining story has shown, they are not mindless killers and psychopaths, but often surprisingly sensitive beings, moreover humorous, who have good reasons to strike. You may be upset about microtransactions, but even if you stumble on them in the game, you can fight most of what they impose on you in the game without spending more. With some minor technical problems and appropriate adjustments, they should quickly deal with patches. For example, the creators have already announced the simplification of the demanding Towers of Time. And then it will be up to you and your battle skills, which will definitely apply in Mortal Kombat 11.