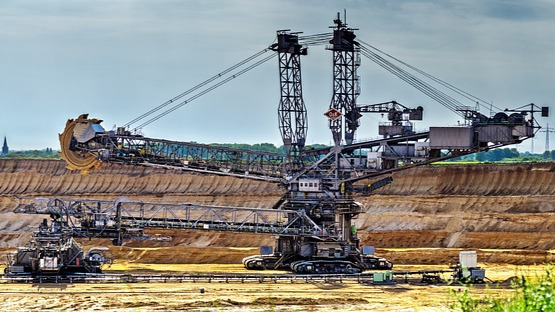 Steem's Proof of Work - The dark side of Steem.

A lot of people don't know Steem's story. They think it's a very nice platform for writing texts (which is partly true). However, they don't know the dark history of Steem, which will weigh over the platform for the rest of its existence.

Not many people know that Steem had a Proof of Work for some time. Few people know what the story behind it is and why the Proof of Work that existed 3 years ago destroyed Steem's economy and community probably for the rest of the platform's life (I'm guessing it won't last long, but Steem is investing heavily in propaganda of success to deceive investors.).

Steem was suddenly presented from an anonymous account on 23 March 2016 as an experimental blockchain "Proof of Work" on bitcointalk.org. People got the source code of the project and zero any information what the project is, what it is used for, zero documentation.

We may be surprised by such information, after all, if the cryptovalue is good, the creator wants it to be popular and known. He wants to announce it, but we didn't have it in Steem. Why?

Dan Larimer - although many Steem hates him and doesn't recognize him in Steem's project, he is his original creator. He is the one who created Steem on the basis of his earlier project (Bitshares) (that's why both projects are similar in many places).

Dan also has a blog on Github that describes Steem (but does not use his name). He tells us why you can't promote the project at the beginning.

In general, the whole entry is interesting, but we will focus on the general summary. The entry gives you a proposal on how to bypass U.S. law on the creation of cryptocurrencies. If you do it wrong (and you will be an official administrator) - you get a penalty like Ripple. Dan wanted to create a cryptocurrency at all costs so that it could not be associated with it.

But they had to create it by being its biggest owner. They couldn't mine up a very large amount from this way and only then share blockchain.

So they had to dig the cryptocurrency together with the others which wouldn't be bad, but when Dan and Ned Scott had the machines ready to mine and waiting for the "right time". The rest of them had no documentation and didn't know anything about the project, first they had to find out what Steem was, how to compile it and so on. They had no knowledge about the existence of the project or what it does.

So the project didn't have Premine in truth, only the creators (as they created it) knew how to start mining. That's why Steemit Inc. has the most tokens.

Steem as a network is difficult to understand because it is fatally constructed. Even the Witnesses do not know how it works, and I asked many people about this problem.

"Google" Account has only mine out 3 blocks and has 64k Steem Power.

So as you wanted to be rich, you had to mine for 3 days and become a very rich man on the platform. Of course 64k SP is not much, but if you would like to get so much cryptocurrency now without investing - you are not able to.

I even saw an account (unfortunately I couldn't find it), which got 8k SP and after a month withdrew over 30k. Do you write an entry for 2 steem? :(

And it seems like generating money from the air is normal. However, these tokens have not disappeared in most cases, and are actively used for the Bidbots (like the OCDB) or for the selection of witnesses.

This causes a very big problem - if you want to be a witness and you don't have any knowledge, you will never be a serious witness. Check out the @freedom and @pumpkin account.

If you're writing on Steem, keep writing. However, do not invest. This cryptocurrency is not only unstable (in terms of development), but the censorship in the network is growing, and this is because of such actions (and there are more of them) it will not be good for nothing. Just write, and withdraw liquid funds to cryptocurrencies like Bitcoin or Ethereum.

I do it myself. I haven't taken Steem seriously for a long time, but Bitcoin is expensive and Steem is easy to get ;)