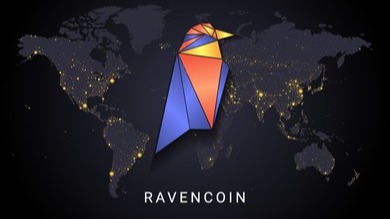 Statera is an amazing move, but Publish0x should change Ampleforth for Ravencoin.

Hi again and welcome to my blogs. Ampleforth has been around for a while here, and it barely grew. Farm was a disaster as well (sorry Publish0x). And now they are going to tip in Statera which is amazing. Statera works on the Fantom Network, and I can go on and on about this but I will keep it short to stay on the subject: It has a Market Cap rank of #1288, it seems like an amazing project and there is so much room to grow!

Launched on January 3rd, 2018, Ravencoin gained a lot of popularity because of their vision. A truly open source project as they say on their website and they are not lying: no masternodes, no ICO. Which means the developers bought their own Ravencoin with their own money. It was not sold to early investors, big companies, no airdrops. And you know what? Their inspiration was Bitcoin. They aim to make a Blokchain optimized to transfer tokens to one holder to another. It currently holds rank number 125, but let me tell you what is awesome about this project.

A fork of the Bitcoin code, Ravencoin made 4 important changes:

-The Block reward of 5,000 RVN (Which changed to 2500 after the halving on their 4 year anniversary)
-A Block time of 1 minute (compared to an OG 10 minutes of Bitcoin)
-A coin supply of 21 Billion (compared to 21 Million of Bitcoin)
-A mining algorithm of KAWPOW formerly X16R and X16RV2)

The current mining algorithm aims to beat the problem of centralisation of mining. They do it by simply said countering graphic processing units memory and compute it's capabilities. This allows almost every GPU hardware to mine Ravencoin, which makes it also more accessible for the people with a smaller wallet.

With a growing enthusiastic community, they are updating continiously. Their updates you can find easily on https://ravencoin.org/projects/ as long as all the other important things like their whitepaper. What really makes me excited about Ravencoin is that where the Shiba Inu community aims to be of the people (same goes for DOGE), Ravencoin IS actually OF the people!

Apart from having many more options like a well working NFT Platform (also for the people) more and more people start mining Ravencoin at this moment. Ethereum is moving from Proof of Work to Proof of Stake and that is going to move a lot of miners from Ethereum towards another coin. And I believe the majority will join Ravencoin, since the short Block times and decent rewards that halve every 4 years. So if so many people are going to be active in it, the price will be more volatile. And with volatility in the Crypto Sector comes Growth, because Ravencoin will then rise in popularity when people see the growth in daily trades. Next you know is that Ravencoin makes surges in google trends, and might follow the Shiba Inu hype. Ravencoin is also still in development and will come with many more cool updates in the future, since well motivated and educated people work hard on it. All Open-Source, nobody anonymous.

So what I am trying to say is: Dear Publish0x jefes, bosses, owners, however you would like to be called: I think you guys made an amazing move for us with tipping in Statera. Which gives the small tips actual growth. If you are looking to change Ampleforth, please consider Ravencoin.