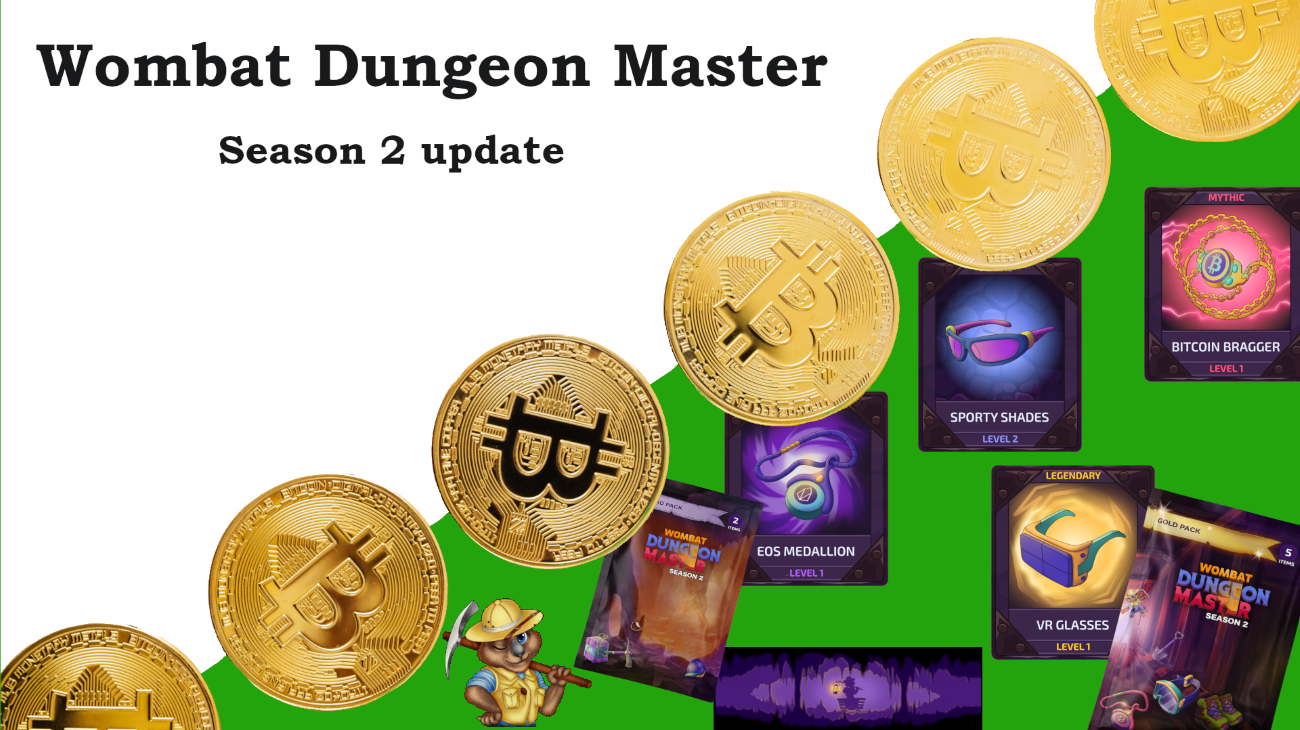 On March 30th 2022 Season 2 of Dungeon Master went live. I was anticipating the next season dropping and couldn't wait to start really playing the game again. I also was reached out to by a certain employee of Spielworks (who create the Wombat wallet and the game Dungeon Master) and they wanted to chat about Dungeon Master. Within our chat they pointed out some issues with my last post and wanted to update me on things that are coming down the road as well. So with all that knowledge and my personal experience in the game I wanted to write an update now that we are in fact in season 2.
If you want to know more fundamentals of the game then please check out my original post in regards to Dungeon Master here: Season 1

With season 2 comes two new items you can equip to your wombat. Those two new items are Amulets and Glasses. Instead of going through all the details again on what each item does I am just going to show you from Spielworks themselves. Don't fix what's not broke and all that. 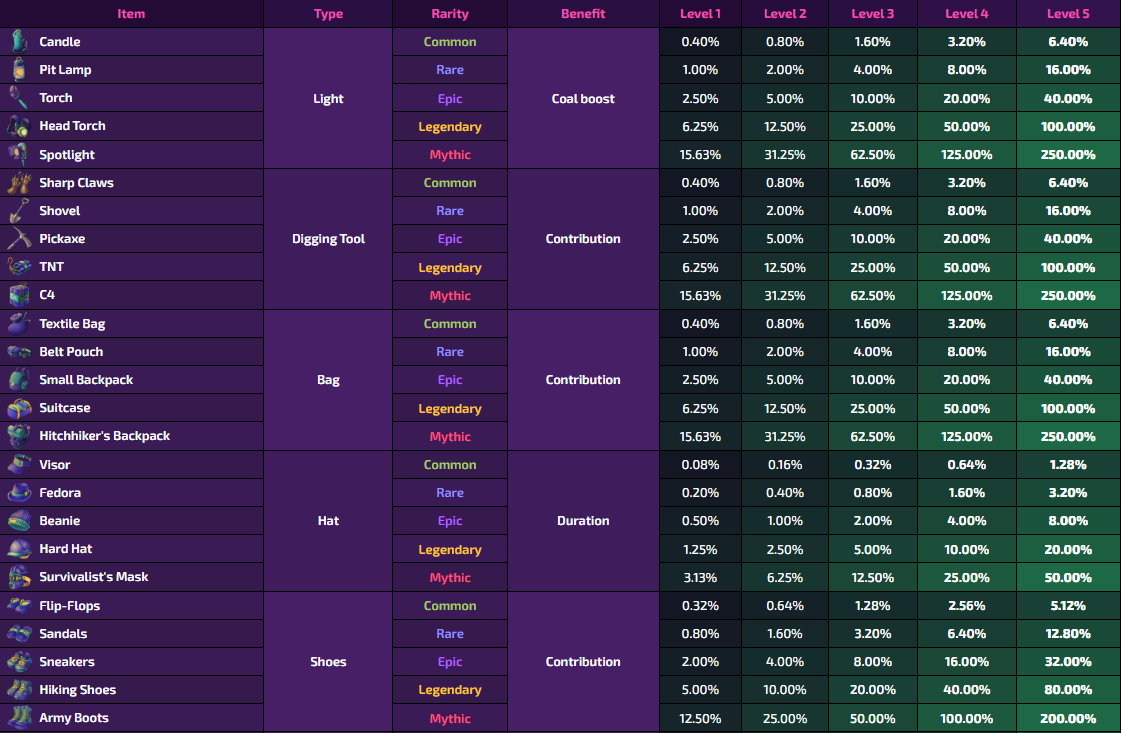 I know everyone wants to know what the rate is to get better NFT's and even the packs. After speaking with Spielworks I can with confidence give you guys some hard data on this subject. When the game started the drop rate for a pack was 20%. To quote Spielworks "We were young and inexperienced 😁". So it was then changed to 5% luck to get a pack in Season 1.

However in Season 2 it is a minimum of 3% drop rate. There is still a secret sauce when it comes to the overall drop rate because 3% is the minimum. The more you interact with Dungeon Master the higher your drop rate for that day will be. I am led to believe that means things like running dungeons, equipping Wombat NFT's, maybe even staking more NFT's to the game.

But one thing to note is that you can only get packs in the first 4 weeks of the season. That is March 30th through April 27th. After that you will be able to get prize NFT's (the partner NFT's not made by Spielworks) and points. The type of packs that can drop are Standard, Silver or Gold. To clarify you can get the partner NFT's all season long but just packs in the 1st 4 weeks.

If you play the game then by now you are somewhat familiar with the 3 materials the game has introduced. There is Coal, Iron and Uranium. Those 3 materials are mined when you run a dungeon. They are specifically used to buy items from the in-game shop. The materials themselves are NOT NFT's. I do not know if there any plans to make them one eventually but since I have a decent track record of wanting things and then they appear in Dungeon Master; I am going to state that it would be super cool to be able to withdraw say like 100 coal as a NFT and then be able to sell that NFT and someone redeem it for 100 coal in game.

From the time I started writing this article till when I was going to post it, there were more items released in the in game shop. There was 4 originally but now there are 7 total items. I will not list each one as they do a good job of describing what they do. These items are however NFT's themselves so you can purchase them and then sell them on like AtomicHub if you want. I do not know if they are stakable NFT's in the game though. I would assume not but I just don't know for sure. 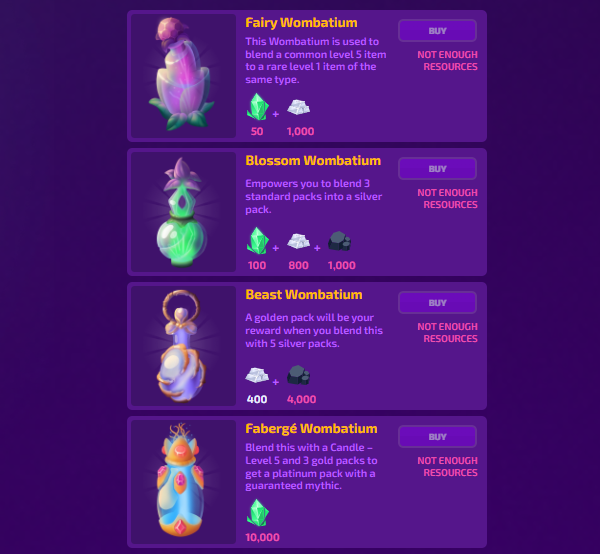 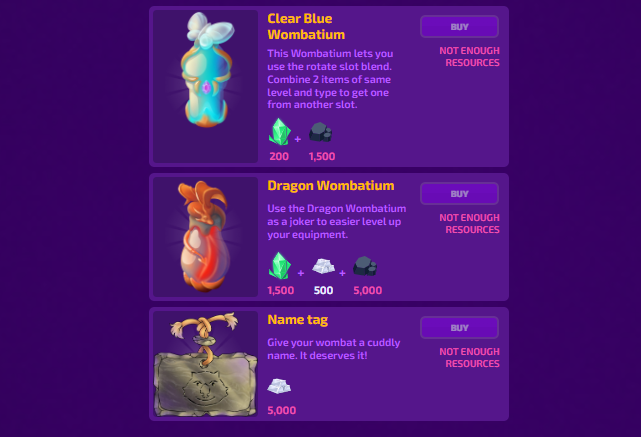 If you remember in my last article I said how I wish you could combine a few Level 5 common items to change it into a Rare item. And wouldn't you know that with the Fairy Wombatium you can do just that. I am curious to see if they will release the option to take a level 5 rare and make it a Level 1 Epic NFT. I did some light math and it is cheaper to buy a level 1 rare then to combine commons and blend it to a Level 1 rare, but at least if you have a lot of extra cards laying around you have this option.

Other topics of discussion

Something neat I learned is that the amount of points sent out each day raises each day as the season progresses. So on day 1 they send out $150 worth of points to everyone playing. And then by the end of the season it is up to $1,050 worth of points on that last day. This is a very interesting dynamic because you can only get packs in the first 4 weeks of the season. And then after those 4 weeks, the points earned really start to rise. If you want to know the specifics for each day you can go here: Spielworks Google Doc.

To me it truly seems like they want as many partner NFT creators as possible to join with them and enable their NFT's as stakable NFT's. Last time I checked there were over 11,000 NFT's available to be staked on Dungeon Master. If you are a NFT creator then I highly suggest you fill out this form and see if your collection could be added into Dungeon Master. https://dungeon.wombat.app/apply. I can also state that they review submission about twice a season so don't expect an immediate response to your submission. Patience is a virtue after all.

Don't worry guys I already submitted my 2 collections to be added. Don't hold your breath though lol 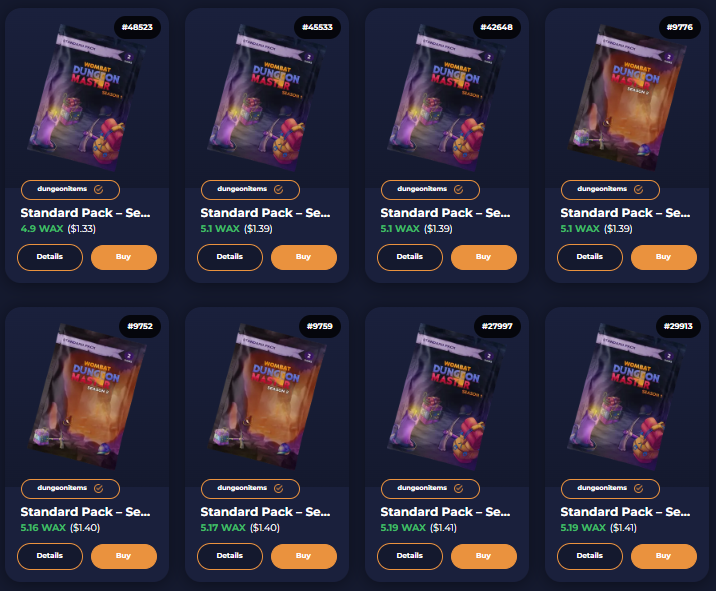 You can follow the Dungeon Master team over on Pomelo.io if you want to stay up to date. But I can also list our what their roadmap is here:

These are all very interesting ideas. I am super curious to the Season Pass idea. It has the ability to break a game down and make it very pay to win so I am nervous about how that will be implemented. However they could do it the right way and that is what I am hopeful for.

I have heard through the grapevine the Multiple Dungeon aspect will be very cool. It could interact in a way with say if you have the majority of Cryptomonkey staked NFT's then maybe your dungeon would have a CryptoMonkey theme to it. I can't confirm is that is 100% true or not but it would be really cool to see a Dungeon theme that would change.

In my conversation with the Spielworks employee they did tease "a larger cool feature I cannot disclose now 😊". Which leads me to believe that feature isn't listed anywhere official yet and it has got me excited!

By now you should all know that I love Dungeon Master. I think it has taken what R-Planet tried to do and just did it well. It has a clean UI and simple mechanics. It doesn't appear to be a cash grab from the developers and since it is made by Wombat I know they already have a long running good standing in the crypto space which gives me confidence with this game and that it will last a long time.

Sure the Season Pass scares me a little but I have faith that Spielworks will do right by the customers/players and not turn the game into a pay/win game. What I love about blockchain games is the secondary market. You can win NFT's from a game and then sell them on AtomicHub or other places and make some crypto. We all know I invested a little into the game already so I am hoping I can make a few back on the back-end. Only time will tell though. Like I say with every blockchain game, it is only worth your time if you get 1 of 2 things out of it. 1) It's a fun game to play or 2) You earn crypto from playing it. Right now it checks both those boxes!

This is my character at the moment. Not the best equipment but also not the worst. I have some rare stuff in there. 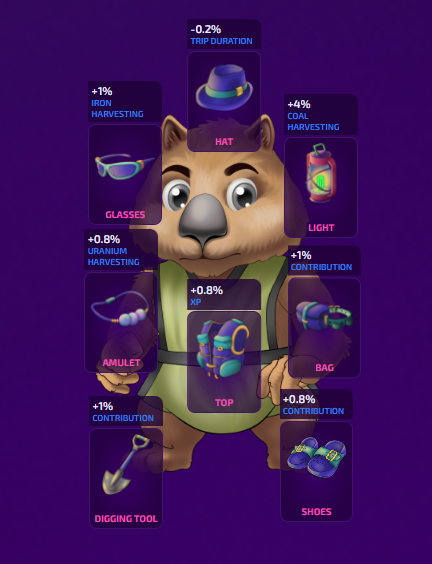 I currently have 76 NFT's staked to Dungeon Master with a mining power of 1,635. I think that's not too bad for only being on Season 2. I know there are guys out there with 100 NFT's staked on WAX and over on EOS but that's not me. I wish it was. 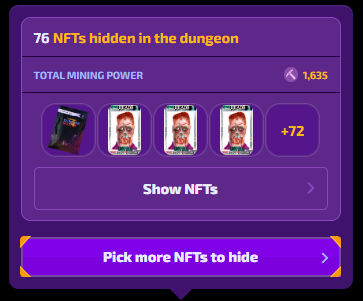 However I recently was incredibly lucky and got this pull from the daily chest! 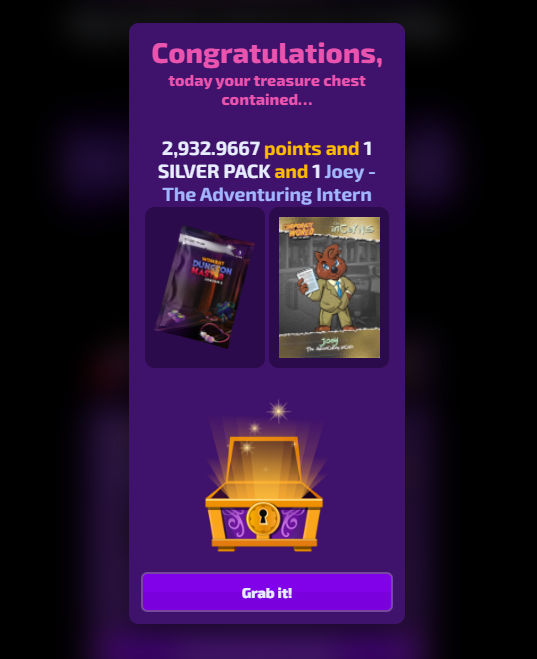 This season will end on May 11th, 2022 so hurry up and run some dungeons people and earn those sweet NFT's and crypto!!