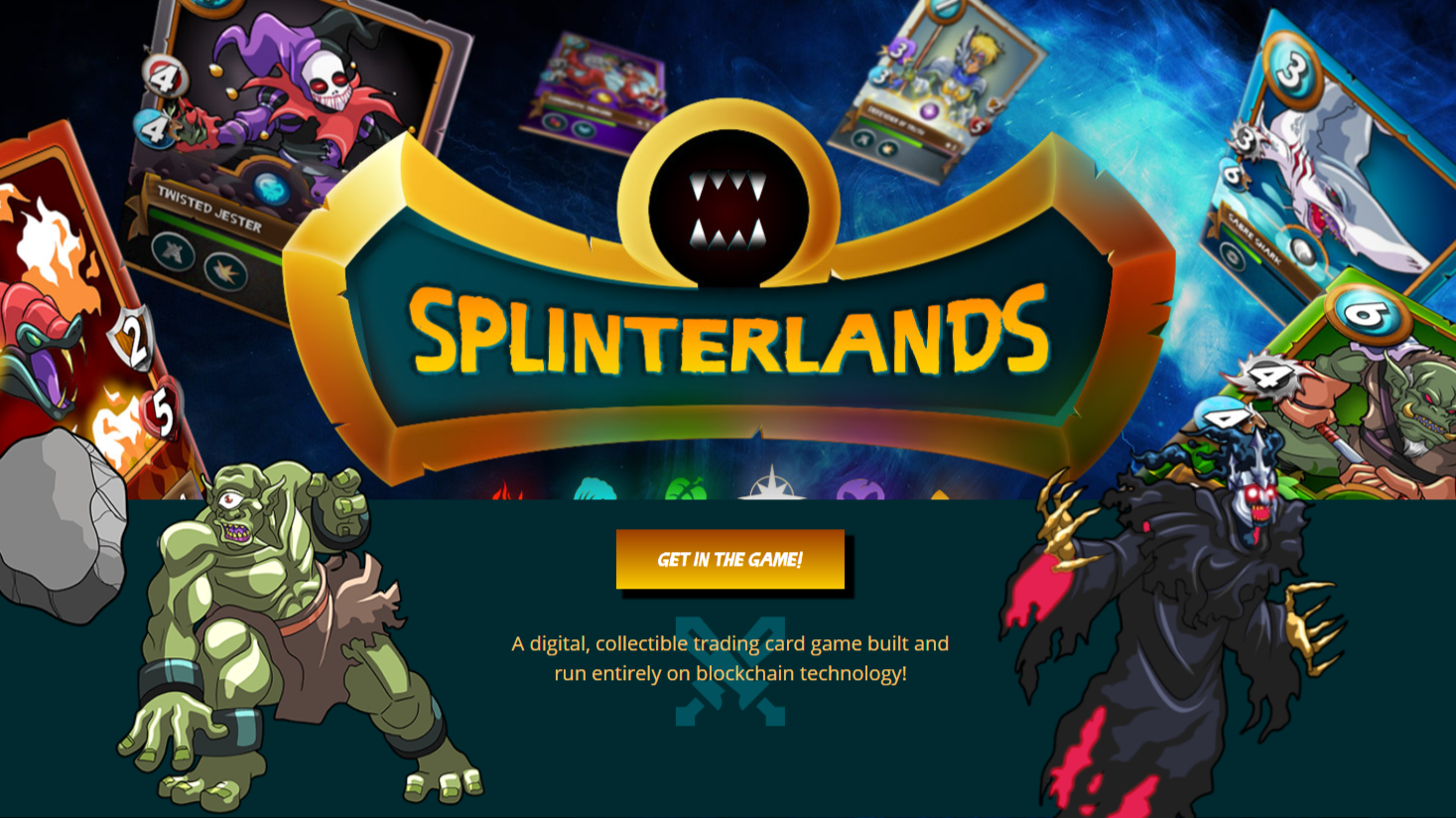 Steem Monster or Spliterlands, whatever you want to call it is a fun game.

I created an account a while back and played 1 or 2 games then it just got lost in all my other projects. But I am back playing it and have been for a good 5 days. So I want to make something very clear up front. You don't HAVE to pay anything to play this game. BUT if you want to actually gets new cards and get a decent chance at winning consistently you need to buy the starter pack ($10) which I will get into later.

So this is mostly like everything other card game that comes out now (think Hearthstone). You have a deck of cards which are monster or whatever you want to call them. They have various attack, defense, magic, etc which varies per card. You can level up cards to make them stronger.

So when you start the game as a free player you are given a basic deck to play with. The cards are not the best but they get the job done to introducing you to the game.

There are 2 types of cards:

Summoners: which are like your Leader. They don't do the fighting but each have a different ability that is applied to your team. They are one of the 6 primal forces in the game. They "Summon" the monsters in the game.

Monsters: The creature cards that do the fighting.

Here is the breakdown of the stats for each card. They do a good job of explaining the details of the stats so I will leave them to it. 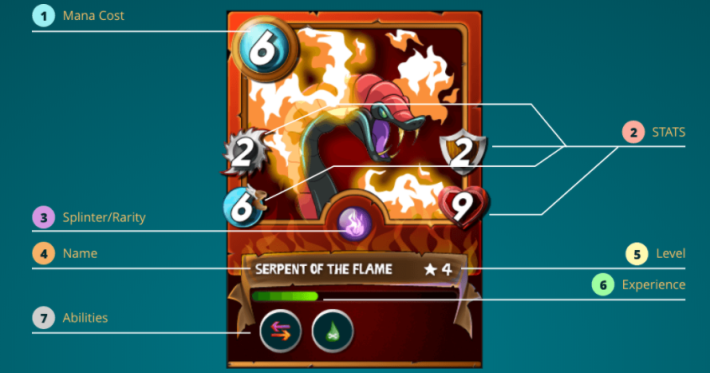 So now that you have the basics of a card down let's get into more details around playing the game. Each card gains experience by basically combining the same card together. As they gain experience, they level up and become stronger.

Here is how a Battle is placed on the field. You can have a maximum of 6 Monster cards on the field at a time. However each match has a different limit on the amount of Mana you get and you have to pick and choose which cards you want to use that fit in that mana restraint. 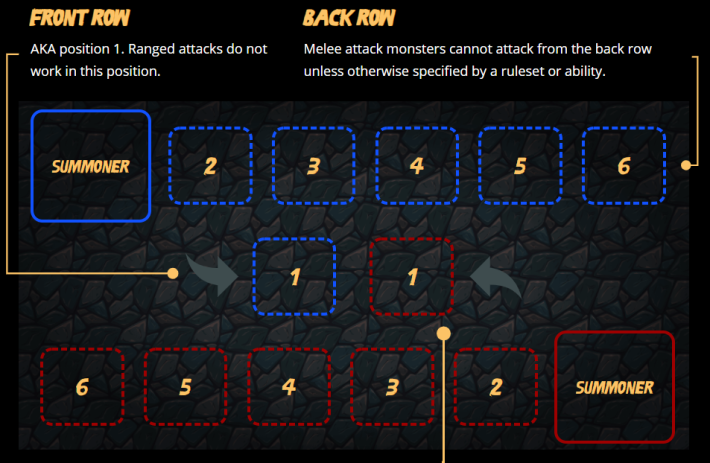 I won't get into it to much but each match limits the amount of Mana you can spend, but it also has different rules. You could play a match where you can only use a certain type of summoner, or only use melee attacks. There are a long list of possibilities so you always have to be on the lookout for what your match is.

If you win this is the screen that will come up. You will see how your Rating has improved and how much DEC you earned (more on that later). 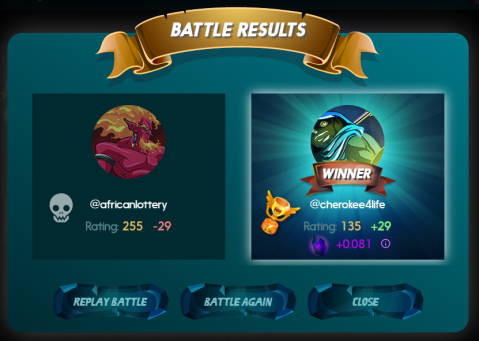 So back to the starter pack. The starter pack does a few things for you. 1st, it lets you earn DEC after each win. Without a starter pack you don't earn any DEC. 2nd most important feature of the starter pack is that it lets you win 1 card a day but completely a quest. The quests I have gotten so far all are 'win 5 battles using X summoner' and the summoner changes each day. If you win those 5 battles you get a card each day. Here are my 1st 2 cards I won from Quests. 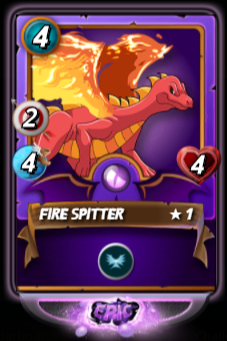 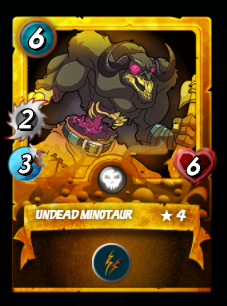 Fire Spitter is an Epic card which is awesome for my 1st win.. The Undead Minotaur is a Gold card. Gold Cards are where it is at, because if you play with a Gold Card and win you get a 10% bonus to the amount of DEC you earn.

Now if you bought the starter pack you can now buy Booster Packs for $2 which contain 5 cards and it guarantees at least 1 rare or better per 5 cards.

Another big part of the game is buying and selling cards. That Fire Spitter card I won. Well it is currently worth $0.25. You can also see that the level 4 card of Fire Spitter is selling for $4.56 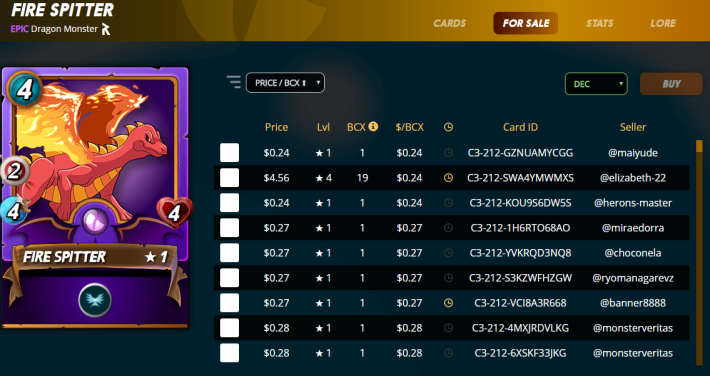 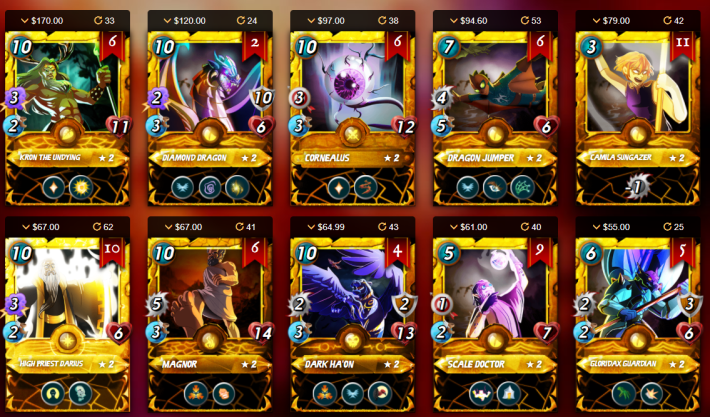 There are also Events that go on regularly. A lot of them you can join for free and see if you can win it for free money. 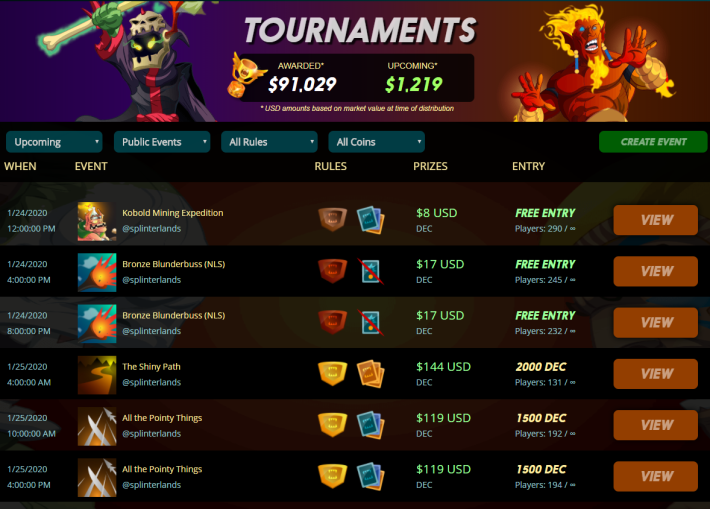 So finally back to DEC. DEC is Dark Energy Crystals and is the currency of the game. You can buy cards with DEC you can transfer DEC out of Splinterlands. Here is a synopsis of DEC. That Energy capture Rate is the amount you earn per battle win. It goes down after every battle but regenerates when you don't play. You also earn Bonus DEC for consecutive wins. 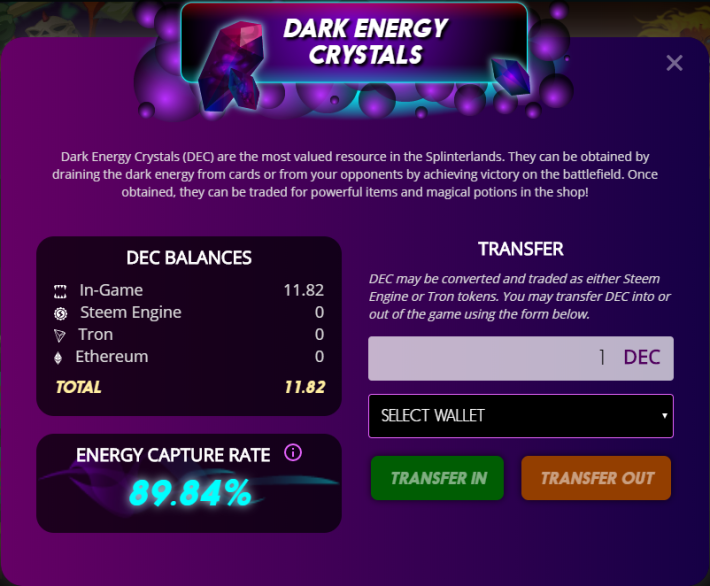 I only have 11.82 DEC because I started off just rushing games to try to win the 5 battles a day and not taking the time to really look at each cards abilities and put together a good team. It doesn't take long but you do need to pay attention to build a good team.

There are also Leagues, which are basically Seasons. At the end of a Season you are awarded a certain amount of cards based on which league you placed in.

If you have any questions let me know and I will try to answer them the best I can :)

Here is the link to the main site: https://steemmonsters.com/

Here is my link where I earn 5% if you purchase anything: https://steemmonsters.com?ref=cherokee4life