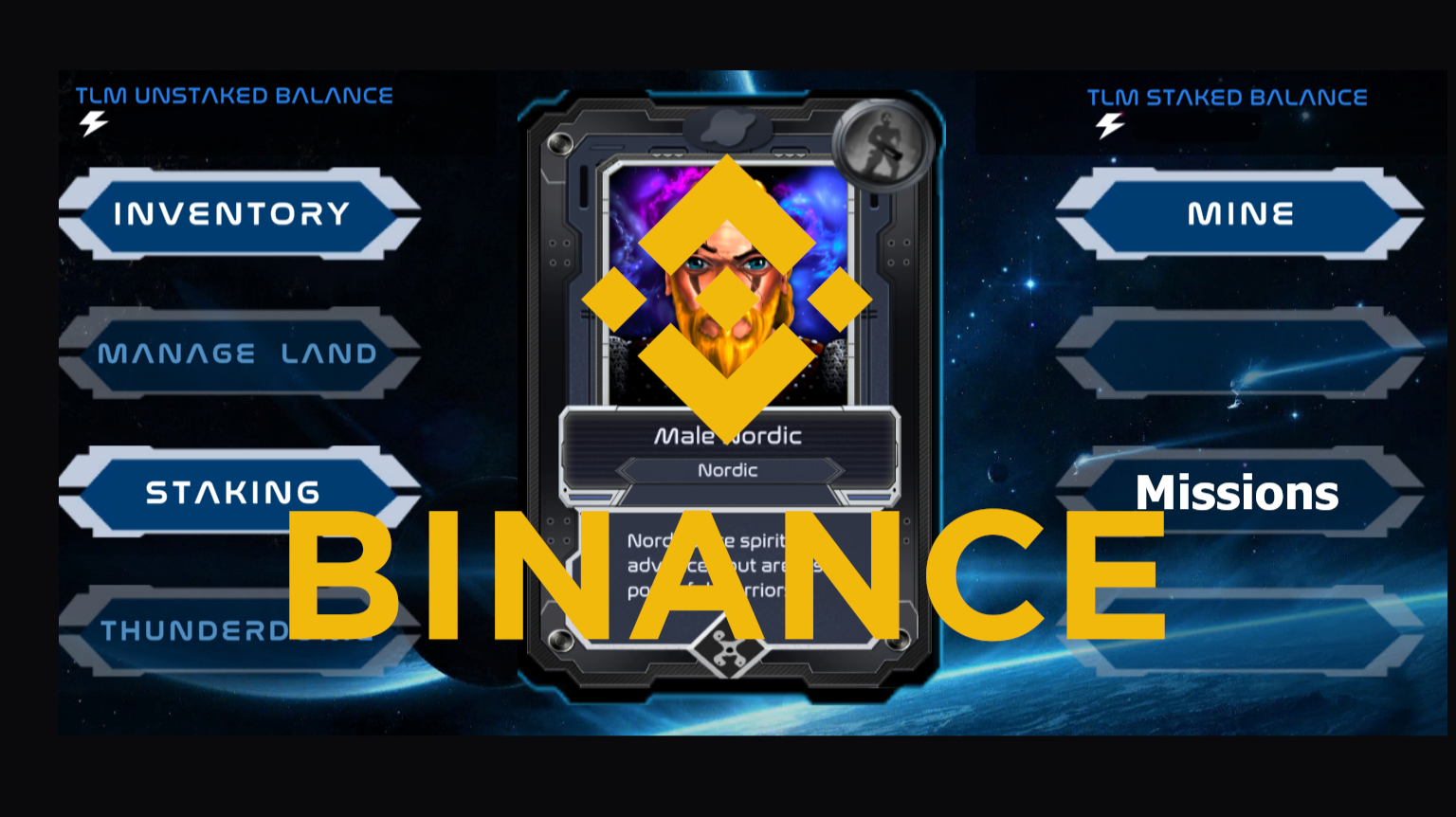 I have been a HUGE fan and proponent of Alien Worlds since the beginning of the year. I think it's a great game with a lot of potential. And to be 100% honest I don't even think it's a full-fledged game yet. It is basically in beta right now by my accounts. Sure you can mine TLM but that is quite literally it. The Alien Worlds team is still refining aspects of the game to make it more fair and constantly updating little Quality of Life things. The way I read the early roadmaps and outlook for the game was that once Thunderdome was released Alien Worlds would become a true game.

Some may disagree with that sentiment but that is how I perceived the world of Alien Worlds and it's important to note as I begin to dive into this article. I do not think Alien Worlds is done for. It is the #1 d-app on the planet. To better understand where we are at now we need to look back at the brief history of Alien Worlds.

Early 2021: We all started to stake our unused Thunderdome NFT's on Alien Worlds and rake in Aether. It was fun while it lasted

April 5th, 2021: The Teleport function from WAX to ETH/Binance was announced. Many people were pleased. It meant we were finally going to be able to sell our TLM for real world money.

April 11th, 2021: Alien Worlds became the largest decentralized App on the planet Earth. They had more than 152,000 players playing the game.

April 20th, 2021: It was announced that there was a "Major commercial IP deal" in the works to get new players and expand the game. It was also announced that Planet Binance missions were coming. Also Thunderdome was announced to be coming in the "Medium term". 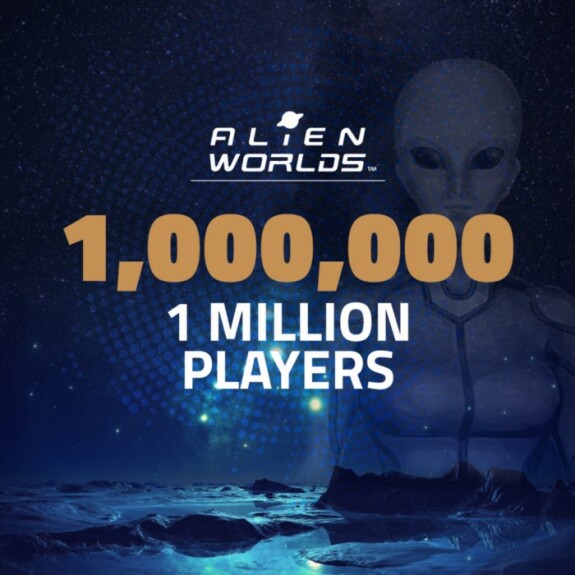 The way I perceive how Alien Worlds has changed over the past couple weeks is as follows. They announced that TLM would be listed on exchanges finally. Everyone who played the game wanted this and it was a much needed boost to the economy of Alien Worlds. Prices skyrocketed for everything (NFT's and TLM). Immediately they formed a bond with Binance.

Obviously there must have been some prep work with Binance and meetings between both companies. At this time Alien Worlds figured they could leverage Binance to get more players and more influx of money. It was always odd to me that after the initial 6 planets they would add a "fake" planet called "Planet Binance". It was more of a honorary planet then a real minable planet.

If you are someone who utilized Binance then you could take advantage of staking and mining the pools on Binance for TLM. This was the 1 step to alienate some of Alien Worlds players. Like it or not there are people out there who will not use Binance for one reason or another.

For some more background lets go back to August 3rd, 2020 where Alien Worlds teams posted this image on what is to come down the road. They call it their "Star Route" instead of "Roadmap".

In their list of things to happen there was NFT Shining and then right after it was "Thunderdome Opens". Huh weird right?......

Look I get it guys. Plans change, priorities change, but that is my point here. Alien Worlds got into bed with Binance with listing on their exchange and their priorities changed REAL quick. And the Jury is out on if this will have lasting negative effect on the game itself. But recently Alien Worlds has announced Binance Missions.

These are missions that are only available to Binance users. They can stake some TLM to send a ship on a mission for various lengths of time to earn NFT's. That sound amazing and like it should be a part of the game. Wouldn't it be cool you know if everyone who played Alien Worlds had this cool gameplay feature available to them? Look I even did a mock up of where it could go. :)

It is things like this that really bug me. It appears to me that Alien Worlds teams is offloading work to Binance so that they can form a symbiotic relationship. But that may help Alien Worlds and Binance it doesn't help all the players. Putting the missions within the actual game itself would help all the people playing the game.

I feel like Alien Worlds is making enough money with it's private funding rounds as it is. They don't NEED to get in bed with Binance to survive. And shoot if they needed to get in bed with an exchange to give them the financial boost because they were hurting then that should mean that they can finish coding the Thunderdome quicker right?

Look for all I know when Thunderdome finally does get released it may suck. It may cost way too much TLM to utilize it. You might get really crappy rewards for your effort in the Thunderdome and then nobody will want to play. But my point is that when the game was conceptualized there were going to planets where you can mine for TLM and NFT's. You could Shine those NFT's with TLM to make stronger NFT's. You could send your fighting NFT's into the Thunderdome to fight for your planet and earn rewards. That is a game. It has a beginning and a repetitive competitive section to keep the players involved. Without that people are right now playing Alien Worlds because it is still running on a high. If the price of TLM tanks to $0.001 then I guarantee they will lose a lot of players because it won't be worth the time anymore.

If it was a fully fleshed out game then people may still play even if the price tanked because they can get enjoyment out of a game. But how long can Alien Worlds survive with just mining TLM? Miners will keep players as long as the price of TLM stays relatively high. Some people are playing to save up TLM so that they can play in Thunderdome. Some people are playing to hopefully get NFT's to sell for profit.

I am not trying to say Alien Worlds is doomed to fail. I want Alien Worlds to flourish and have more players join the game and enjoy the game. The more people playing equals a better experience for everyone in the long run. I am afraid though that the Alien Worlds team has started to shift their prioritized to appease Binance and not the players. You know the people who helped them get to where they are now as the #1 d-app in the world....

In reality how many times a day can you see this screen before you say enough is enough? 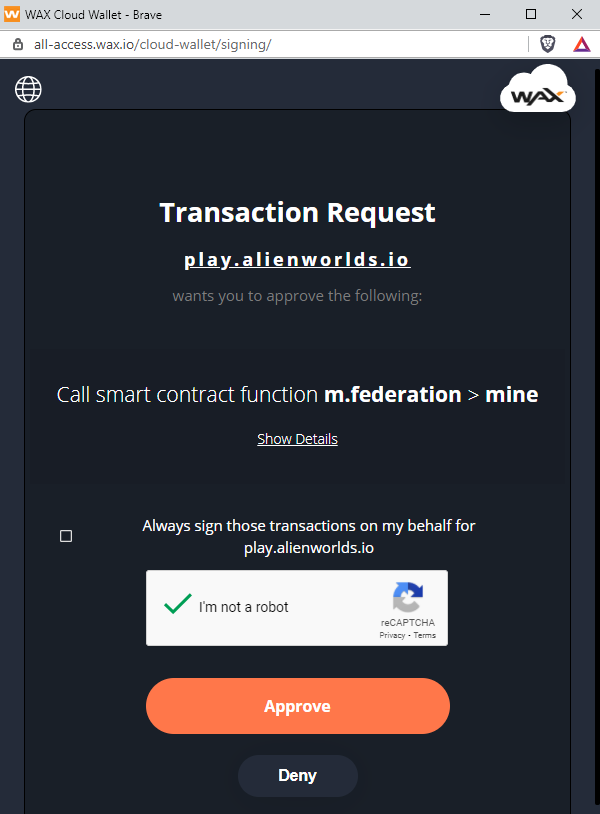