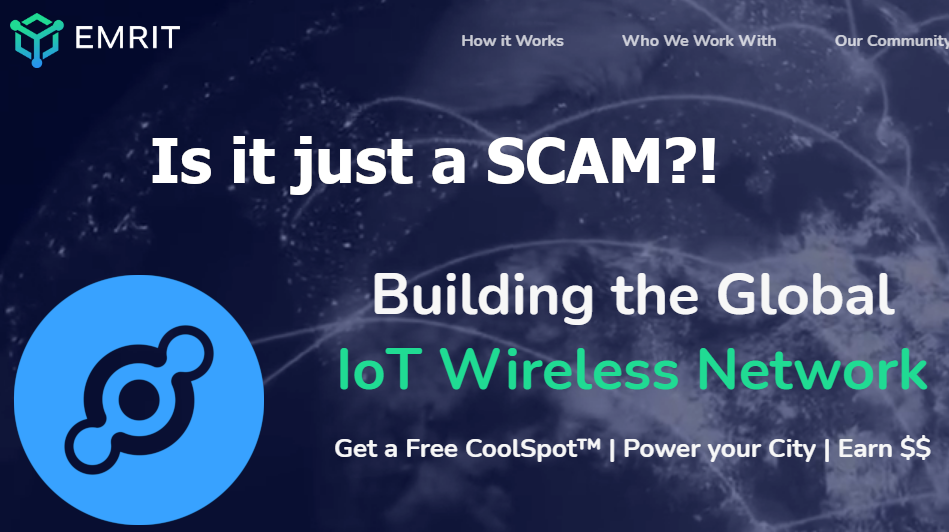 It was late late last year that I went through the process to get a Helium Hotspot. It arrived early January of this year and I have been running it ever since. I recently checked on it after a few months of not checking on it and I was completely shocked at what I found out. I am going to walkthrough my experience with Emrit and getting a Helium Hotspot up and running.
1st article here
2nd article here 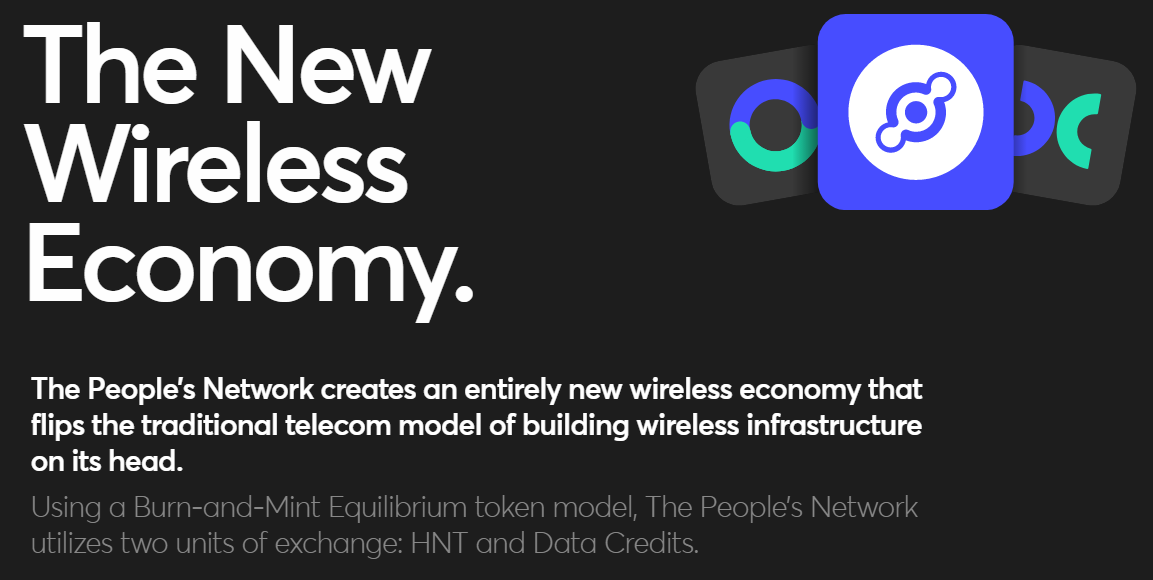 Helium is a cryptocurrency. The Helium network however is a network that will hopefully cover the world one day. The Helium team want these little hotspots setup across the world so that then business can utilize them as a centralized network for their data streams. It uses this technology called LongFi which basically gives each Hotspot a 2 mile range.

If you have a hotspot/miner and it is setup you will earn HNT (Helium) rewards when transaction occur on your hotspot. There are other ways to earn but I am keeping this short and sweet.

Emrit has a pretty sweet gig going. They are a seperate company from the Helium team but what they do is provide people (like me) with a free Helium hotspot to setup and run. The way they can do this is because you don't own the hotspot so when the hotspot earns rewards the Emrit team actually earns the rewards and will pay you 20% of what the hotspot earns.

20% may seem low but you are not paying for the device and are only paying for power and internet bandwidth for it to work. The thing uses as much power as like a Raspberry Pi so 99.999% of the time it is well worth it. They say it uses 5W of energy so a normal lightbulb it comparable to the amount of energy it uses.

When you first setup the Hotspot with Emrit and the Helium app you get a 25HNT bonus for setting it up. You also get bonuses for any of your referrals. Then you start receiving your 20% cut.

In the 1st month of me running the hotspot it earned roughly 1 HNT in rewards. So my cut would have been 0.20 HNT plus my 25 HNT signing bonus. Then I would assume the amount would stay the same for the next months. Emrit states that they pay out HNT rewards on the 10th of the following month. Here is the kicker though.... I have never received any HNT into my wallet.

Lets go through some screenshots so you can see what I mean. 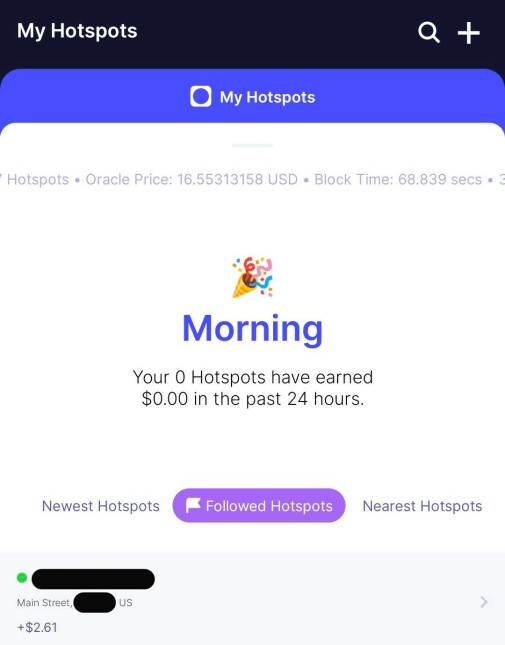 You can see that the Hotspot I am following has earned $2.61 of rewards. It says my 0 Hotspots have earned zero because with Emrit they own the hotspot and you just use it for them.

Here you can see in the past 24 hours my hotspot has earned 0.16 HNT. So that would mean I would have earned myself 0.032 HNT yesterday.

Alright here you can see that my hotspot has earned 4.98 HNT in the past 30 days. Which is actually 84% worse than last month. So last month I earned 5.92 HNT. Put those 2 months together and I should have received in my wallet 2.18 HNT.

Here is the last screenshot where you can see my wallet has a balance of ZERO. I didn't get my 25 HNT signing bonus or have been paid out for the last 4 months. But I do know that Emrit is earning HNT each month on my behalf and they are just not paying me the 20% they said they would.

Well shit, that's a sweet deal for Emrit right? This leads me to the Crème de la crème of the article...

What did I do?

I did what I think any normal rational person would do. I sent an e-mail to Emrit asking them What the F is going on?

Did I get a response? HA well you can see my e-mails here: 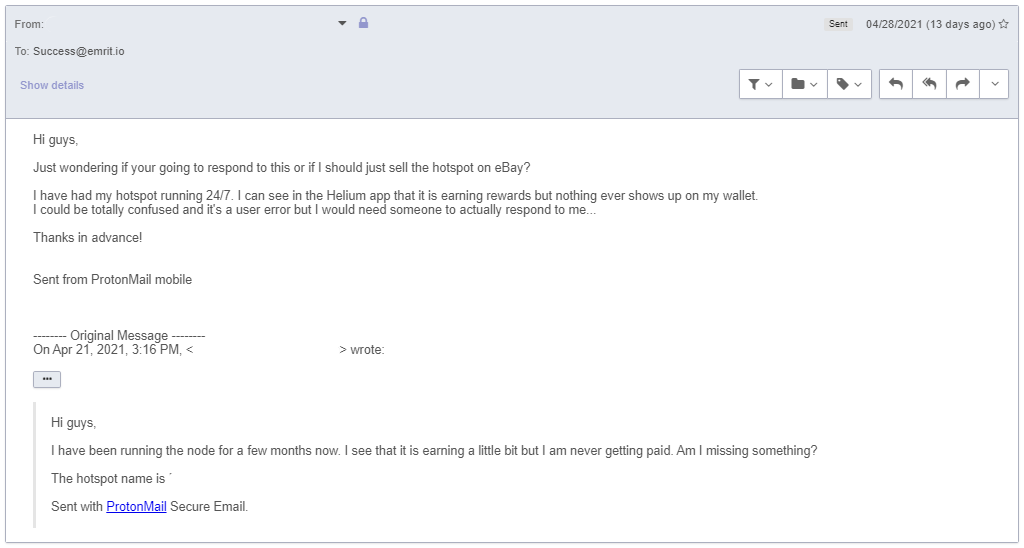 Now if you were in my shoes what you would do? Would you think it's a scam? I know people here on Publish0x that have said they used Emrit and have earned rewards. And while I don't think they are lying to protect the scheme that is Emrit, I have earned zero when I am entitled to have earned some. I know I haven't earned a lot but I would assume an agreement is an agreement and I should be paid my 20%.

What scares me is that they never responded to me. I sent my original e-mail on April 21st to them with no response. So I sent a follow up e-mail to them on April 28th and still no response.

So here she sits... on my desk unplugged because well Screw you Emrit. 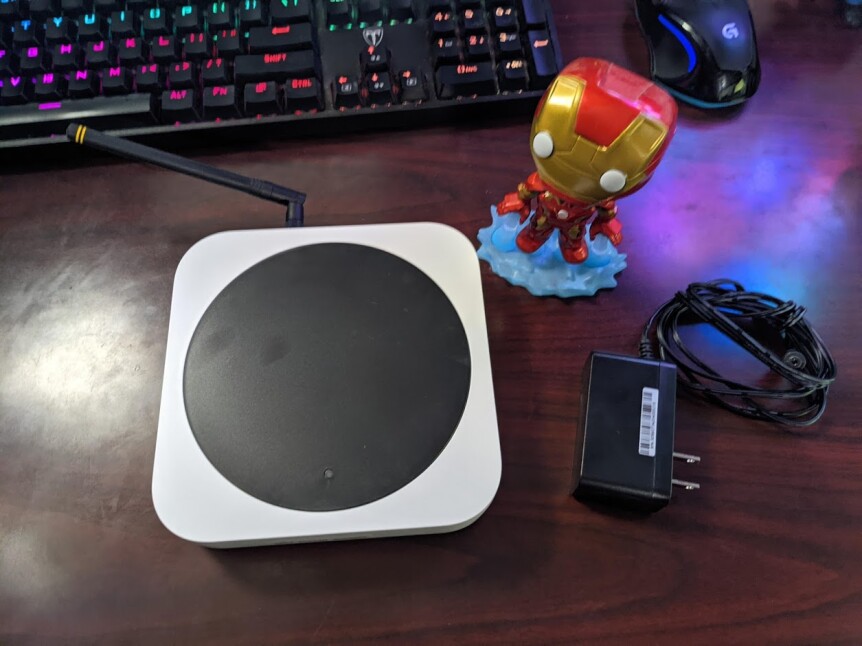 I say all this really to remind everyone out there in the crypto world. This is a unregulated fronteir we are in. That has it's ups and downs. With that being said there is a really high ceiling to the amount any one man can make in the crypto space. But that ceiling is also that high for what any one person/company can screw you out of. My mindset has always been and will always be; Do not risk more than you are willingly to lose. 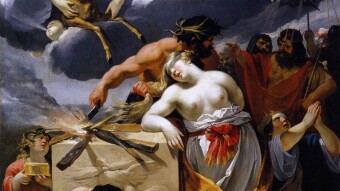 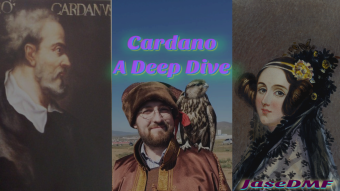 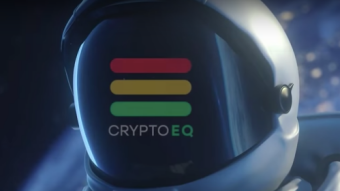