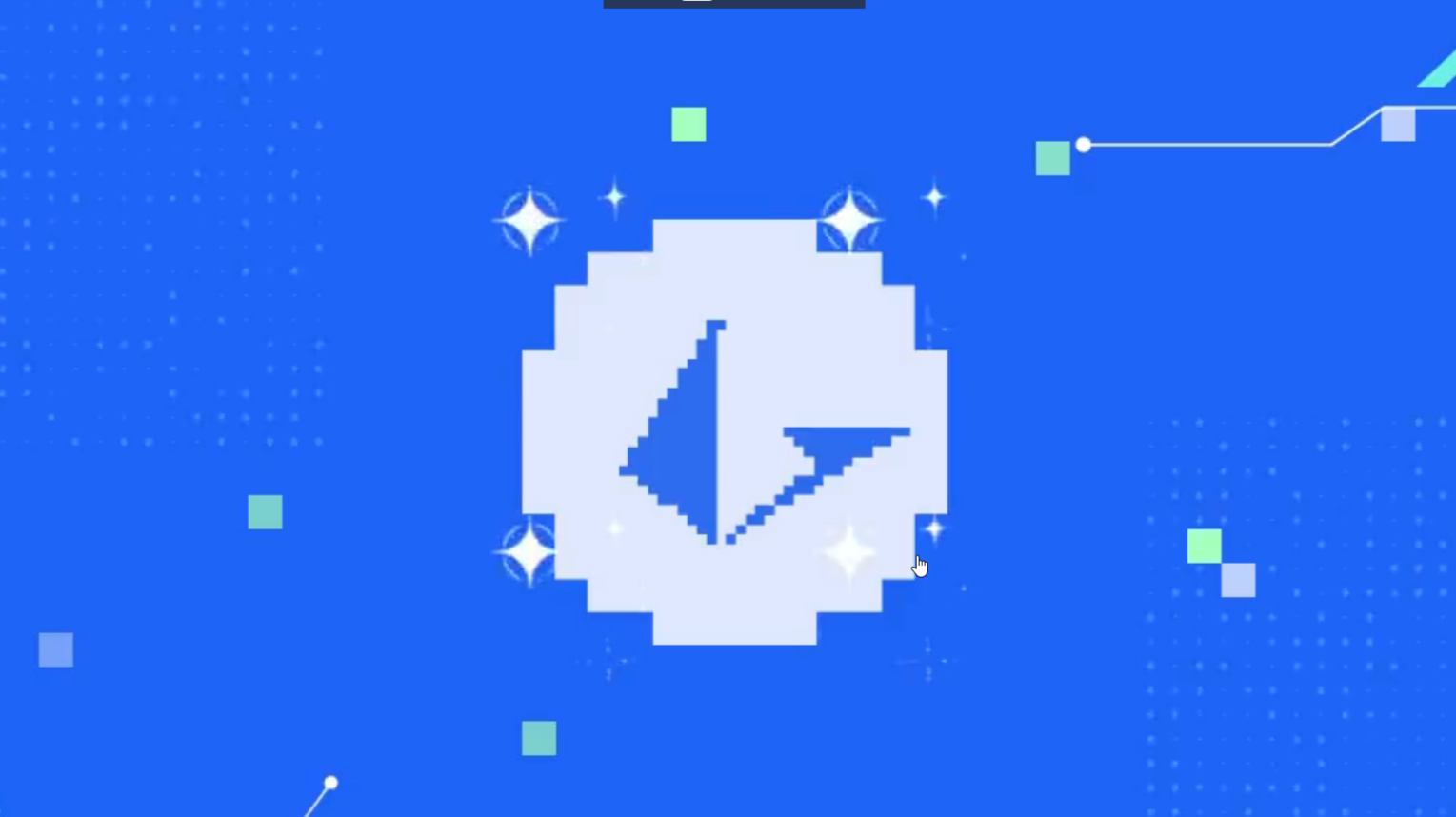 The solution to scalability issues of Ethereum.

Since not too long ago, Loopring started catching the attention of many people in the crypto world, and not without reason.

Even mainstream media like Bloomberg has started picking up on it, and have released an article where they explain how the technology of Layer-2 zk-Rollups like Loopring are the solution to Ethereum's scalability issue. (Source - "New Blockchain Tech Promises to Ease Ethereum's Growing Pains" by Olga Kharif)

There has even been a hypothetical figure that together with Loopring technology advancements on-top of Ethereum 2.0, the total transactions per second achievable would be in the millions.

I'll shortly summarize the reasons why I think you should consider $LRC as an addition to your current cryptocurrency portfolio.

1. The security of Ethereum, but faster and cheaper. 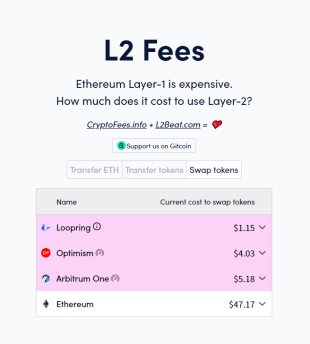 Layer-2 "rollups" like Loopring basically are able to run their transactions on top of the already existing blockchain of Ethereum. It can handle 1000x more transactions per second, is just as secure, and costs around 0.1% of what Layer-1 Ethereum transactions cost. For more specific numbers on the difference in costs I like this website: L2fees.info.

2. Layer-2 projects have shown very strong growth, and they are not done growing.

As reference I will show the chart that's listed on the front page of l2beat.com. According to their data, on 9 September 2021, there was in total around 800 million USD locked on layer-2 platforms. In a time-span of just under 3 months it has grown to 6.6 billion USD value locked.

And in this Tweet here, the Loopring team is showing off 3 billion USD traded on Layer-2 with no gas-fees. 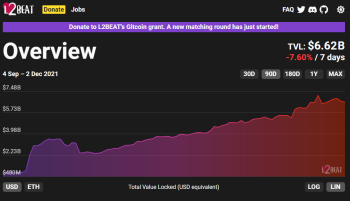 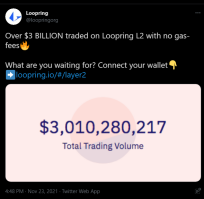 3. The Loopring team is working their ass off.

Loopring so far has released a smart wallet (with layer-2 functionality) that has an unique feature called Social Recovery. Social Recovery as a function recieves a lot of praise from Vitalik Buterin (Ethereum founder) here. The wallet is very easy to use, allowing for more adoption (see Robinhood). They also have a decentralized exchange (DEX) which also runs on layer-2 (loopring.io). This means that you can trade/exchange cryptocurrencies with very low fees. Furthermore they have also built a LRC Layer-2 block explorer, which allows users to easily work with transaction data. (explorer.loopring.io)

They also are building an information bank under the name of "Loopring University", they make lots of informative posts/videos on how to use Metamask with Loopring, how to use Layer-2 transfers, and that's all total just a few things of what they actually do/work on.

Not only is the network of Loopring showing strong growth, the Loopring team is also always growing. Frequently you will see Loopring advertise that they are looking to expand and that they are interested in hiring talent for new (developer) positions.

I have also read (statement is from Loopring themselves) that the employees who work on Loopring get the option to recieve salary payments in the form of $LRC. This shows the confidence and trust of the employees in the $LRC token.

Loopring will release an NFT marketplace in Q4 partnered with a big company. (see image)

Due to tedious research and small "leaks" (snippets in source code linking towards Gamestop) the main narrative is that Loopring will partner up with Gamestop. If this partnership is confirmed and a success, this will bring millions of extra users on the Loopring network.

Loopring has also planned to release their Layer-2 only "Counterfactual Wallet" which currently has a setup cost for free permanently at the same time as their NFT Marketplace releasing, this is yet one more barrier kicked out of the way of mass adoption. 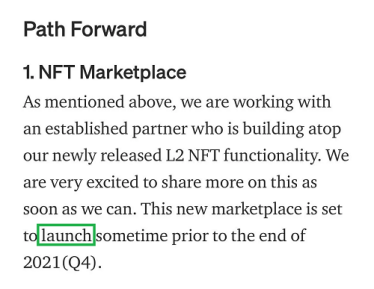 NOTE: This is not financial advice, this is just a small summary of my analysis on why me and many others have decided to invest into $LRC.

Young investor and crypto enthuasiast from The Netherlands. Studying Computer Science to become a Software Engineer or Data Analyst.

My blog about anything and everything related to cryptocurrencies I find interesting or if there is a noteworthy discussion/news article to be shared with the community. Dreaming of owning 1 $BTC. I myself am very bullish on long-term crypto as a whole. My blog posts are not financial advice. They are either insights into why I am interested in certain crypto, or opinions. I am not liable for any losses resulting from applying what I write about. 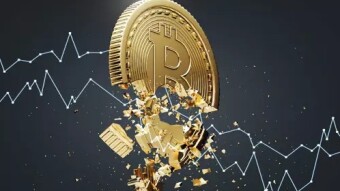 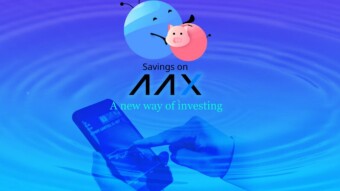 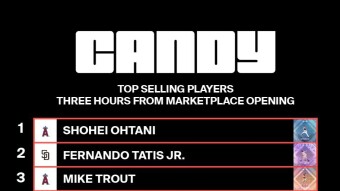