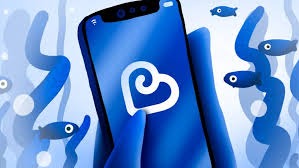 My opinion about ecency - The mobile dApp

As I said in the title, this post will mostly be my opinion about ecency. I believe that I share some ideas with the others but some of you might still wonder if they should use the app or not. My post is for you, to make you opinion with what I have to say.

No real need to present it because it's like most other frontends. With it's own specialities. You can see the posts in your feed, upvote, see users' profile, send Hive, follow etc..

Now what I want to do is start with showing you the great features of Ecency and continuing with the less great aspects of it. 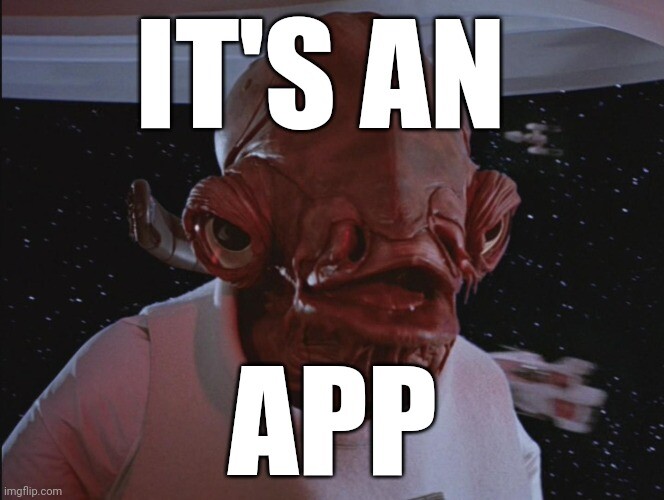 I don't know how it is for you but I like to use an app instead of a website. To be quicker there was always a Peakd tab open on my Brave browser on phone and that was sometimes some annoying. When I needed to open the browser to search something, I was always attracted by the Peakd tab and this was a trap as is doing any social media.

For sure I'll still need to use websites like Hive engine or any of the 2nd layer token's frontend like SportsTalkSocial or LeoFinance but this is already a huge change.

Ecency decided to make all its users earn points for using the app. You can use the points to promote a post, yours or not, for some time between 1 and 14 day for a price between 150 and 1000 points. You can also claim a $0.17 upvoted for 150points for your post.

No need to say that this is really helpful and you earn those point pretty quickly. For exemple you earn :

If you're really involved in the community, you can really earn those points at a huge speed. If you respond to your comments, do some on other's posts, you'll have 150 in less than 3 days.

That helps everyone in the platform. People are invited to do more comments and to interact more. And if you did it enough you can have more visibility and reward for your content.

For exemple I know that because I took more time to write that post than others, I'll try to get enough points to promote it and maybe ask for an upvote.

There is a lot of notifications and you can choose for the kind of them you want to receive in your phone's notification tab. And you can obviously choose to totally disable them : 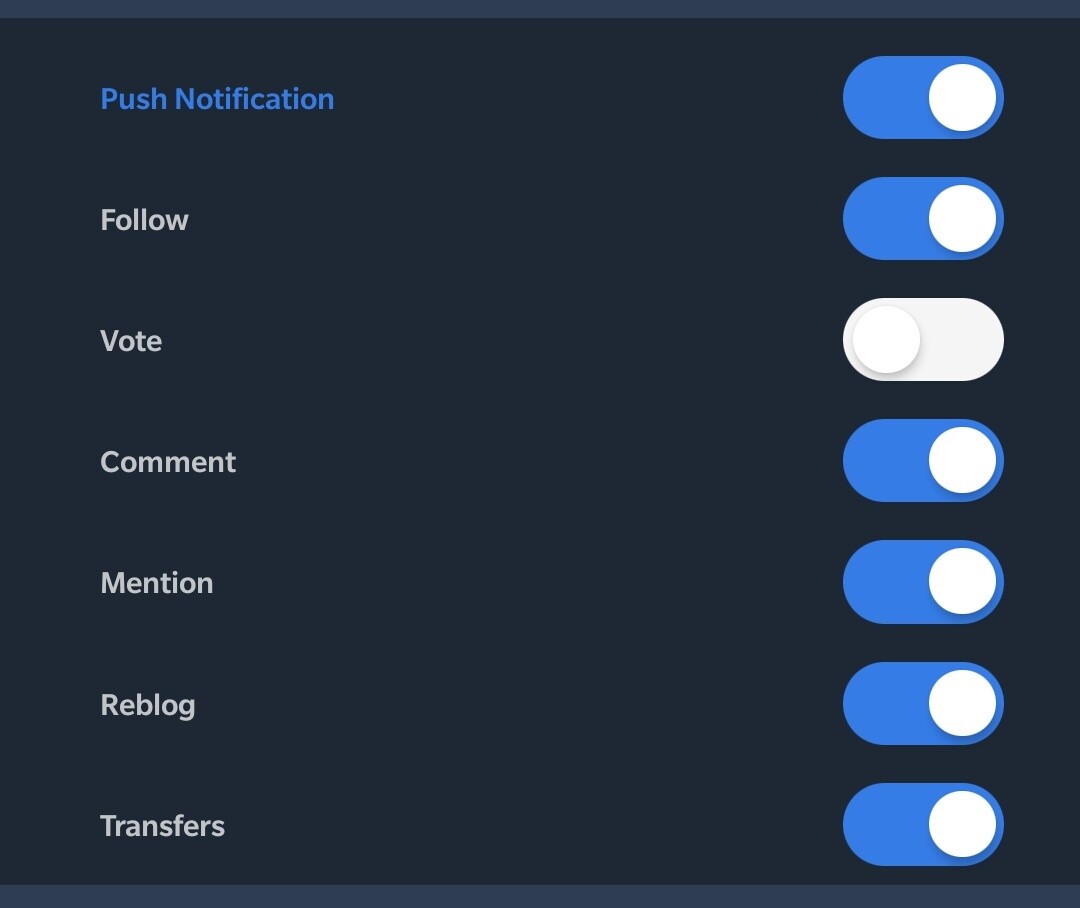 You receive a notification everytime someone vote one of your post and you can see what's the percentage of the vote : 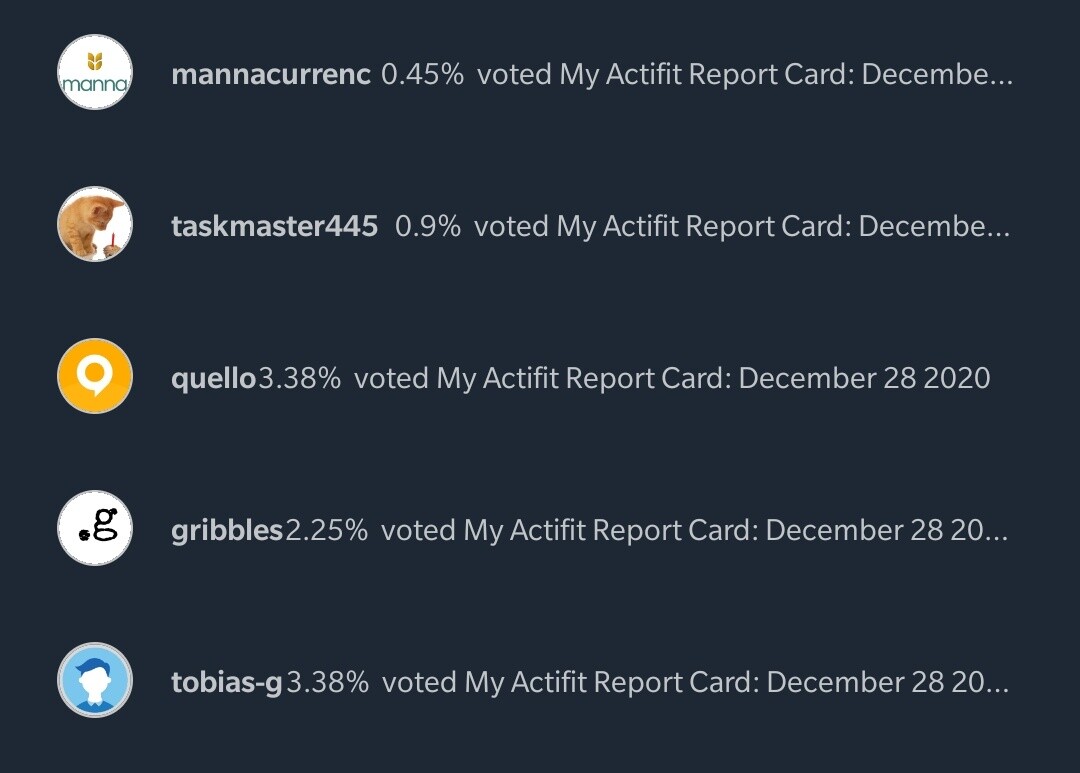 There is a difference with Peakd that shows you upvotes only when the vote weight is above $0.02.

When you click on the upvoted on a post, you can see who upvoted, how many percents and how much time after the posting. As you can see on LeoFinance for exemple. I find this really great to have this feature and for me Peakd should be inspired by that.

While on Peakd or LeoFinance you can adjust your vote weight and only see three decimals, here you can see up to the fourth. This is some useless but it's really pleasant for people like me (who have a dust account) to see that your votes changes between 30 and 50% while peakd show me only $0.002 for the both percentage values.

Now I'll start to talk about the less good parts of the app. We'll start with something similar to the last point :

While in some of the second layer tokens there is a linear reward curve like for LEO, this isn't the case for Hive and its exponential curve. 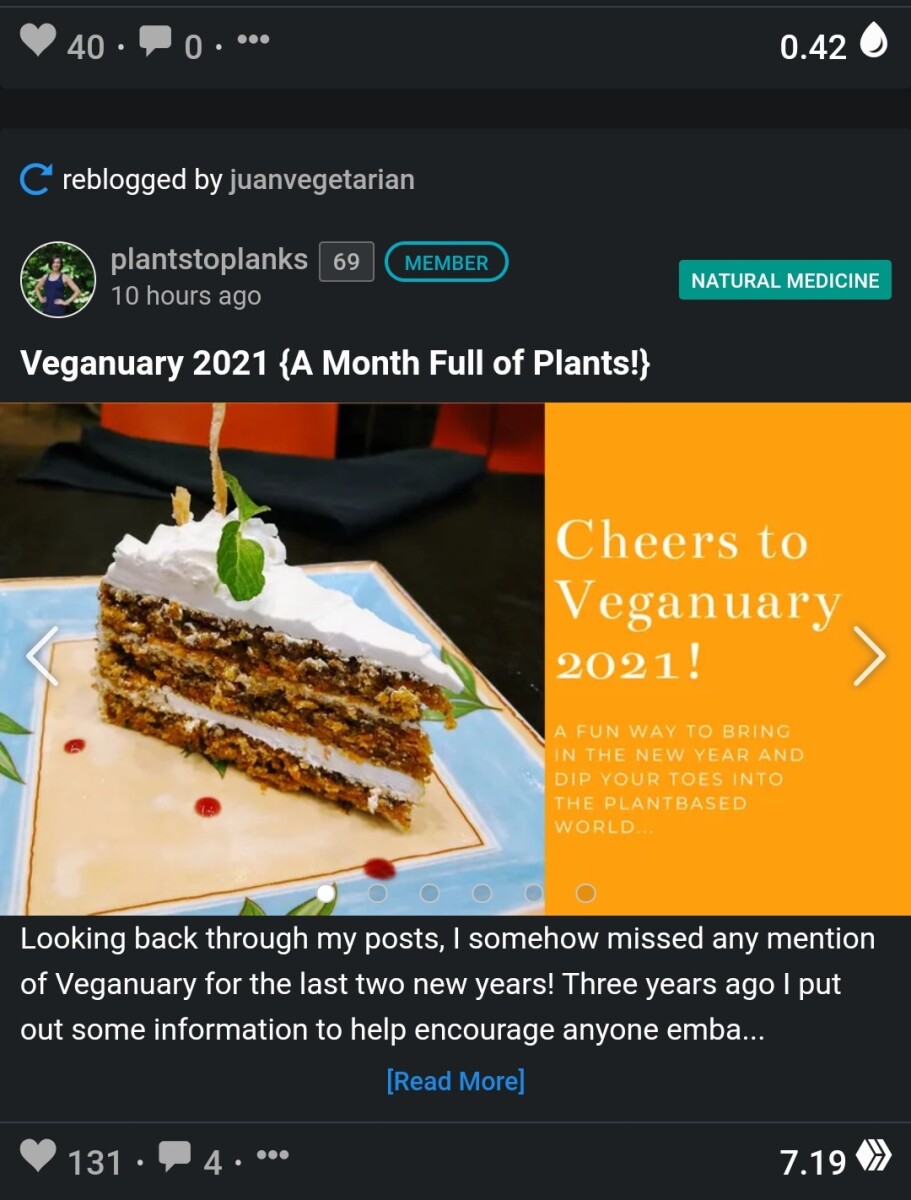 Here on Peakd, the two posts have different pending rewards, and I see difference if I want to upvote them. 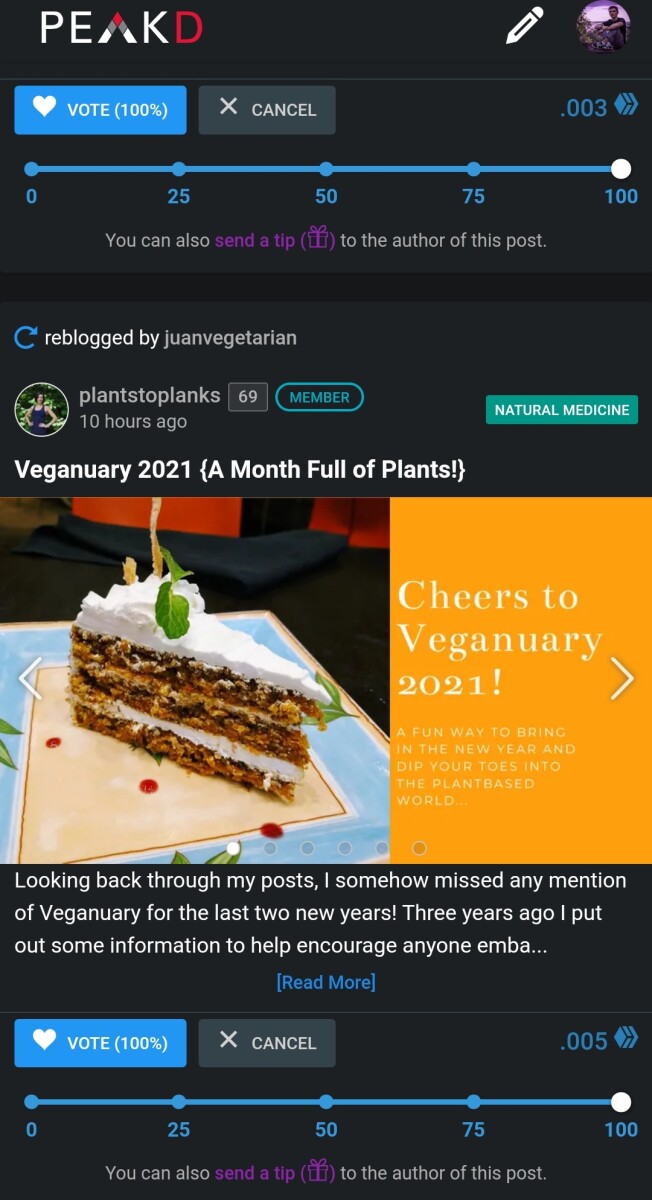 There is a significant difference between the two votes.

I tried on Ecency and between those two posts, my announced reward is the same. I imagine that It's just for the vote weight's bar and the vote is actually changing according to the Hive's exponential curve but this is still a tiny problem that makes you see the wrong amount and changing from a website really well made like peakd shouldn't be for something that can't even follow the curve.

Even if it's annoying, that isn't a huge problem and that should probably be fixed quickly. But that problem announce that we will see several displaying issues.

I don't know what happens, there is not bugs everywhere, no worries, it's not like Cyberpunk ! But some problems happens sometimes.

Most of time is just endless loadings. I know that the problem is not my connexion because it's great and I just have to close the app and open it again and everything is ok. And hopefully it's really quick it shouldn't take you more than 10 seconds.

That remains a cut in your experience in the app and sometimes after closing the app to fix the loading i just don't want to open it again even if I wanted to do something because I don't want to have this bug again.

I hope this will be fixed quickly because this is really frustrating. And after reading some other review, I'm not the only one who experiences those bugs.

The moment where I see the most bugs is when I'm switching between @ykretz and @ykretz.sports. After the switch I can't use the app I mandatory need to restart it. Two hours ago the app restarted alone.

WHY IS THIS SO LONG TO SEE YOUR REMAINING MANA ?

To see how much upvote Mana you have left you need to : 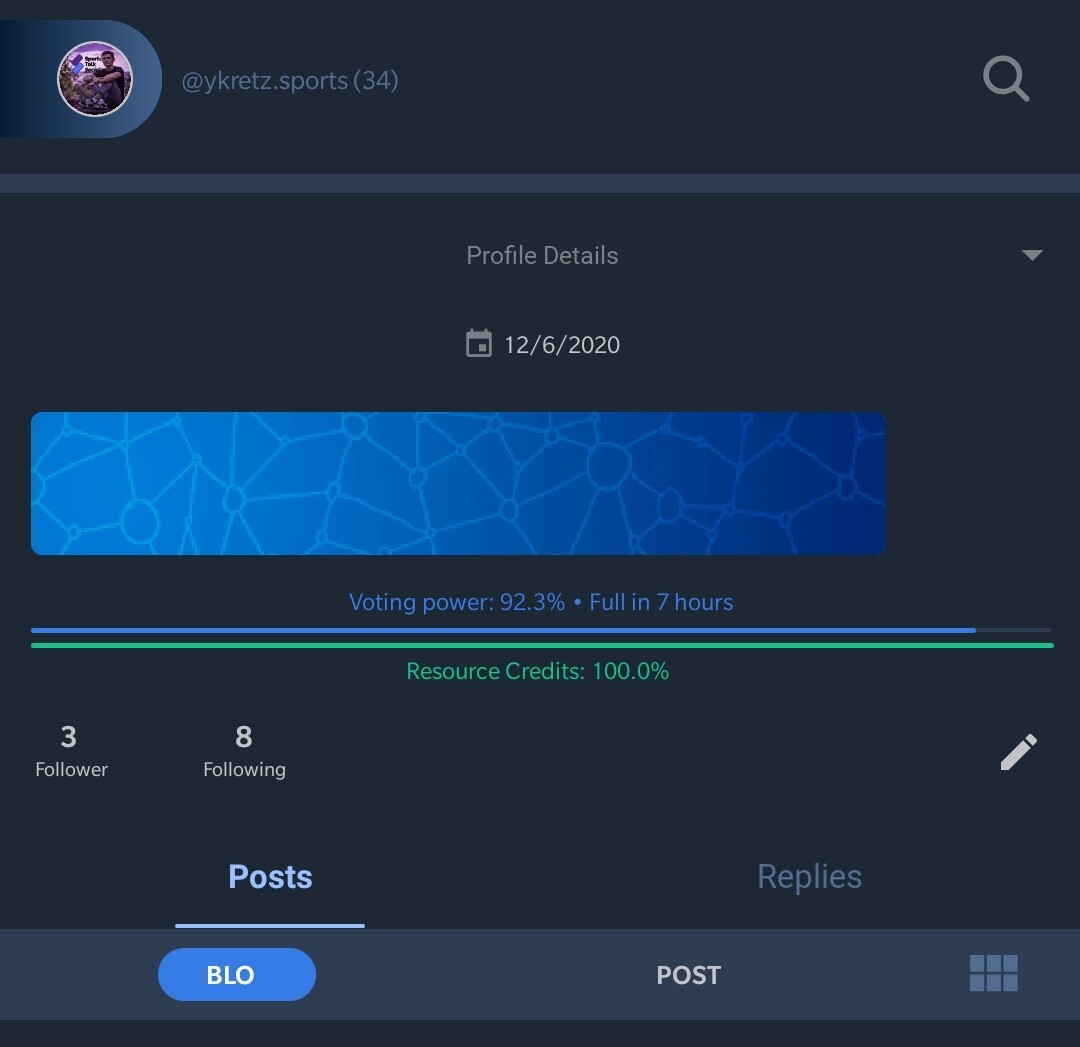 That means that you can't see your remaining Mana without quitting the page you're watching. And that is forking awful to be so long to just see how much upvoted you still have !

On peakd you just have to click on your profile's picture on mobile and you already have the bars on Pc. Leofinance always displays it :

I would like to have the same feature as you can see on peakd, the slider, which let you see every picture of the post without needing to open it. I don't necessarily want to have this, but I would at least really like Ecency to stop cropping images.

As on many Hive or 2nd token layer tokens websites, you see the first image of the post as a thumbnail of it before opening it. Usually you see the full picture, even if it has a huge ratio and is too long, it will just appear smaller. 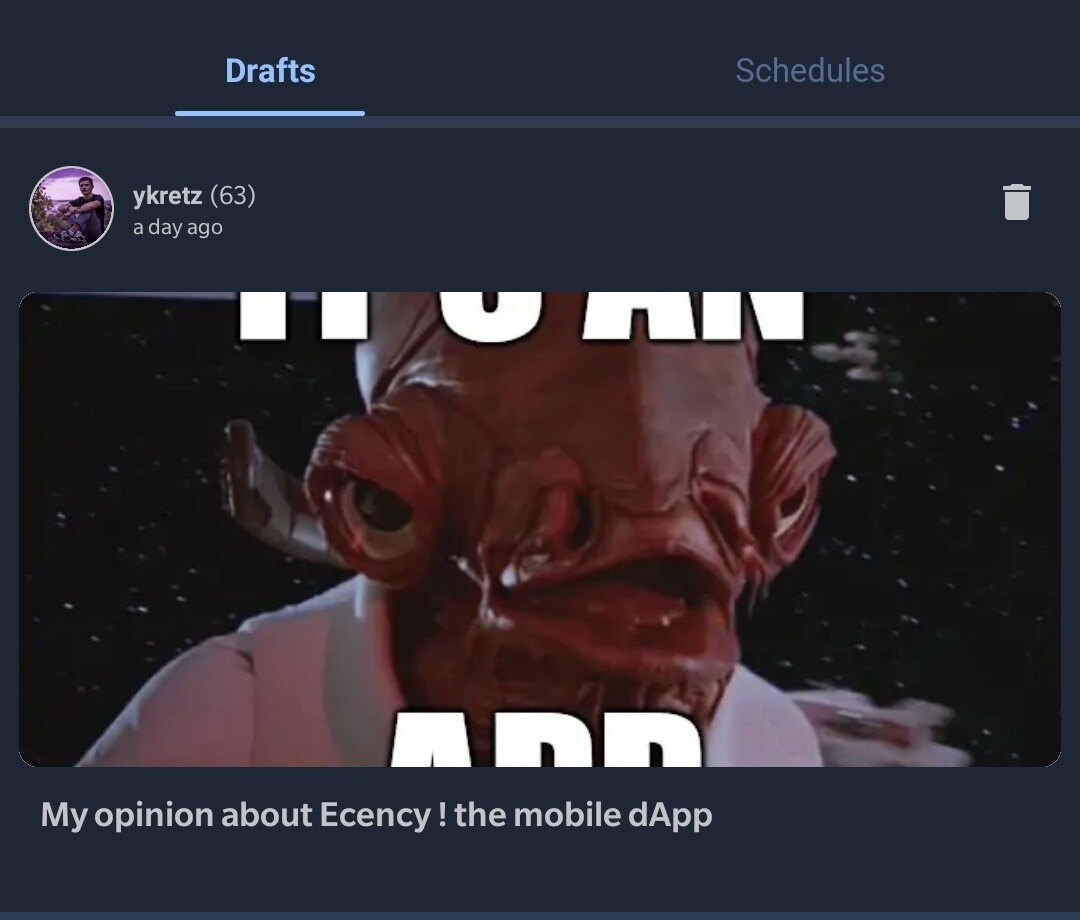 Not showing the entire thumbnail is really problematic, especially because they didn't choose to display it in a 16:9 ratio. This would at least show most of the image entirely.

For me, the dark theme isn't dark enough. Once again I'll compare with LeoFinance and Peakd.

Both of them give us the choice between light or two different dark theme.

Having a darker theme for ecency would be really great, I would like something without the blue tint even if it's the color of ecency.

This one is maybe just my opinion because I really don't like the color of the dark theme but proposing a dark grey or black as any other website should be normal.

I don't know why, but when you see a tog or a button, most of time the last letter disapread :

It sometimes happens also with the account's names like on the notification screenshot above.

That is also a strange bug. And that leads to a second problem. Most of time you have to click twice on the buttons to really click it. Sometimes it's because there's a bug but I think that the "hitbox" is really smaller than the button and you really have to click in the exact center of it. Once again, spending so much time to do so easy things is a little frustrating.

When you chose the "communitie" button you can't choose if you want trending, hot or newest. It will just be the trends. If you want to the the lastest you need to choose 1 community. And even when you did it and chose the "newest" i don't think they're really all the newest. That is probably because of the promoted posts but if it's that, the promoted posts take too much place in the app.

I think that's all I have to say, I'll probably discover new good and bad things during the next weeks.

The biggest problems are things that should be fixed and I hope as soon as possible. Everything else is more about comfort. What doesn't mean it's not important.

The biggest problem about the comfort is the cropping of the thumbnails. Having all of them cut is really frustrating and makes me feel Ecency isn't finished.

But this is something new. This is the only app I know and this points system is really great and encourage people to participate in the communities.

For me Ecency has everything to become a really great dApp and just need to improve some little things to become one of the best. I'll continue to use it because I really like it and I know it will take some time to make it better but look at what Leofinance did in less than a year. Some people grow really fast !!

If you want to create you own Hive account, you can do it for free if you use my referral link, if you do it I'll delegate you 20HP until you have enough yourself ! 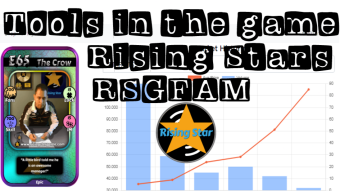