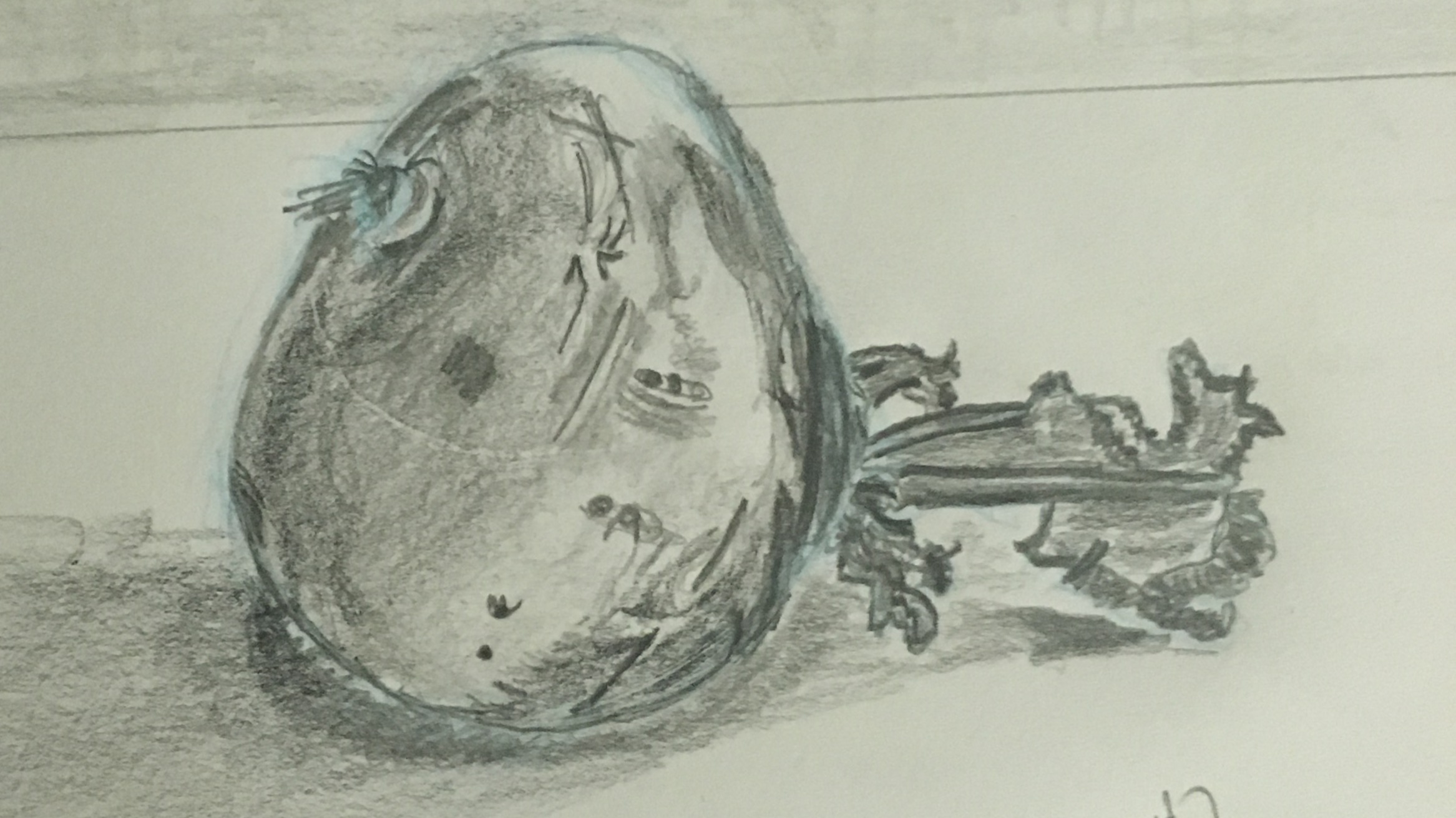 Last November, I took a texture-drawing lesson in which we drew bricks, hoping to make them look as realistic as possible. Here's my assignment from then:

I revisited the same lesson today, and tried to add a little more depth by making the brick wall 3D. In real life, the lines are a lot closer to parallel, but I am not VERY good at taking pictures of my sketch book yet. Anyhow, here is today's attempt:

In a couple of ways, I think it's an improvement: For example, in the first assignment, you can see my pencil strokes really clearly. I think I also got the shadows and highlights under/between the bricks a little better in today's attempt, although I have a long way to go before I think I have that quite right. I think the color variation between bricks is a lot less jarring in the new one, but the original version has better contrast.

The squiggles in both pictures still look more like squiggles than like dents and holes in the bricks, so lots and lots of effort needed there. I will probably take this lesson again later and work on that issue specifically.