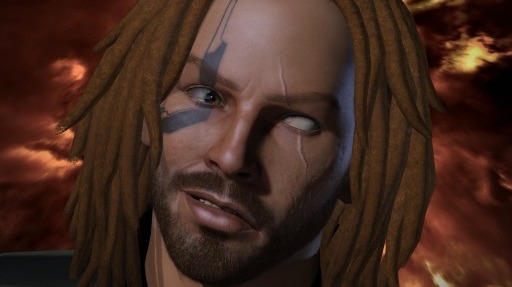 Though a diary such as this has not been written these past millennium and we are now separated from the ancestors that wrote in this form by distances that cannot be imagined, still I am compelled to make this attempt to remind others of the past we have all but lost.

2009.09.13: The celebrations of the anniversary of New Eden’s discovery have ended; my brief vacation from duty is over. Soon we will be returning to the depths of space, my crew and I, to wrest what riches we may from the unforgiving universe. Several other pilots joined me in my quarters on the station, drinking deeply of the heavy wine preferred by Amarrian’s which I nevertheless drank despite my preference for the smoother taste of Gallente liquor. Our talk turned eventually, influenced by our drunken state, to departure and the plans we had for the coming year, each of us bragging that our endeavors would return more wealth than the others and pointing out past excursions that had been particularly successful. All this talk of the separation soon to take place amongst us, coupled with the mournful sight of Penirgman IX and its twin moons watching us through the stations windows brought on a melancholy that stole over us in the midst of our conversation and soon sent my fellow captains toward their respective ships. Before she went on her way, Sanou, a respected Amarrian pilot of whom I am particularly fond, composed this poem:

To the interstellar deep

Is my hearts sorrow,

Wallow in grief as they part.

2009.09.14:  We undocked from the station today and began our long journey to the far reaches of the galaxy after making our final farewells to old friends and new acquaintances. We were delayed several hours by the Minister of Internal Order who had come to wish us luck and convey his hopes that we would continue our patronage of his station upon our return. It was because of his love of ceremony and official language that we were so late in embarking I was unable to compose and send a return poem to Sanou, who had by that time voyaged beyond the reaches of the solar system and could no longer be reached by even our most powerful radio transmitters. I record it here in the hopes that she will read it someday:

Although the twin moons

Meet only once in an age

So on their union

Is their joy so radiant

It outshines the blinding sun.

Feeling heavy of heart I set our course for Camal, where I hoped to find a quiet spot amongst the asteroid belts to mine the ore which we would trade to fund our further expeditions into deep space.

2009.09.18: We have finally arrived in Camal and just as we had hoped the system is almost entirely deserted. The old space stations, relics from past attempts by the Amarrians to establish an effective military presence in this region and quell the Minmatar rebels, cluster around the planets as the wild grasses cling to the edges of the desert oases on my home planet of Egghelende. The sight of the great stations fallen to such disrepair stirred my Amarrian second Lieutenant to tears and once he had recovered his voice he spoke grimly:

Though the stars remain

Unchanged in their brilliance

Yet the stations float

Moldering in the black night

Of the Emperor’s neglect.

Of the many ancient stations in the Camal system, only a few are not yet so derelict as to be unable to support life. Of those few only one is safe enough for a respectable ship to make berth there, the Ammatar Fleet Testing Facility in orbit around Camal IV, and it was there we docked to take on supplies and ammunition before making our way to the asteroid belts.

2009.09.19: This morning I made my purchases on the regional market, stocking up on uranium charges and drones with which to defend the ship in the advent of pirate activity while my Quartermaster gathered the needed supplies to feed the crewmen and make minor repairs to our vessel. Upon my return to the loading dock I was met by none other than Vincent Cod, an old friend and ally; and after exchanging greeting poems constructed in haste and unworthy of recording here he told me that he had heard mention of a heavy cruiser of Gallente design docking the day before. He was interested to know who it was that brought such a valuable ship to the dangerous system of Camal and asked what I knew of the beautiful ship sitting in the dock in front of us. I informed him that it was my ship and after quelling his exclamations of surprise invited him aboard and explained my intentions. After hearing my plans, Vincent decided to join me the next day at the belts and, if all goes well, has agreed to come on our expedition into uncharted space.

2009.09.20: We set out today on the short journey to the asteroid belts between Camal VI and VII keeping a watchful eye on our magnetometric sensors in case of ambush by pirates. We arrived at the belts without incident and began our mining operation in the shadow of Camal VI. As we harvested the ore from the asteroids, filling the holds of our two ships with valuable Kernite, the sun burst around Camal VI and coated the asteroids with golden light. The sight was such that it inspired great feats of poetry amongst the crews, and for a few moments the radio waves were abuzz with verse after verse, the best of which I have recorded here:

Though they hide in dark

Backwaters in the depths of space

Still they are transformed

By the sun as they in turn

To gold by the sweat of men.

Shortly after the sun broke over the asteroids our holds were full of the ore that would fund our expeditions beyond the charted reaches of the galaxy and we began our journey back to the Ammatar Fleet Station. The added weight of the ore slowed us considerably and we were so exhilarated by the beauty of the universe and our new found riches that we neglected to maintain a sharp lookout for the scum we knew frequented the region. Just as we were passing the orbit of Camal V we were ambushed by a squadron of pirates belonging to the VAAB federation. They flew at us out of the sun in frigates and assault ships capable of much greater speeds than our heavily loaded cruisers and quickly had our ships surrounded, blocking our escape routes. Though they were much faster their smaller ships were not as well armored and we decided to fight rather than surrender our hard earned ore. In the battle that ensued three of the frigates were destroyed by our artillery and Vincent’s lasers, but just as we had cleared a space and were about to escape beyond the range of their missiles a massive explosion shook the ship, rupturing the hull and killing twenty seven of my crew. The explosion was Vincent’s cruiser, unable to withstand the relentless barrage of missiles; its nuclear reactor had been affected and started a chain reaction that ended with the destruction of his vessel and everything on board, including Vincent. As I stood stunned on the bridge of my own damaged cruiser, the remaining frigates turned their weapons on us, only the quick actions of my Lieutenant allowed us to escape with our lives. As we fled I returned to my senses enough to hand command over to my first and second Lieutenants, and retired to contemplate my grief. This poem, the last that will be recorded here, is hardly a worthy eulogy for those that died in my service, but without the skills of the ancient masters it is the best it can be:

Frost that rimes the asteroids

Space your mortal souls are born

By explosive waves of fire.