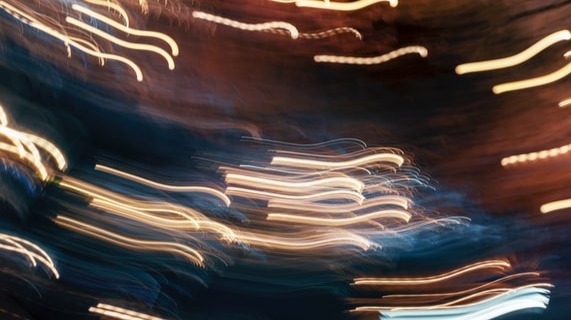 What is the buzz about Decentralization?

Is Decentralization another passing fad or is it the solution to the many problems we as humanity face, and here to stay?

Well, if decentralization could become the consensus reality it most definitely not only offers a plethora of solutions to a very desperate world but could also bring about a quantum shift in human consciousness.

It is a new look at the worn-out social contracts of the past and questions the most fundamental ways of how our societies operate. It turns everything upside down, and inside out as top-down, becomes bottom-up. Decentralization by definition gives us the opportunity to organize ourselves through systems that serve us, not us serving systems. This is not an easy way out, as it places the responsibility in each and everyone's hands to collaborate in the process and be autonomous.

This is not what we were programmed to be since the industrial age when we became workers in systems and became complacent as we felt all we had to do is work for a salary, pay taxes and vote for the candidate of a political party we feel has our best interests at heart. No, in decentralized societies, or rather communities every member has value and the opportunity to vote on every action taken on their or others’ behalf.

Decentralization started with decentralized finance (DeFi) inspired by blockchain technology, the most critical industry in need of change, Blockchain technology is transparent, open-source, permissionless, and not centralized. This is a complete game-change, as there has never been a financial protocol, and transactions have never been transparent and had to be passed by a central authority.

Blockchain or decentralization of data was the start of the avalanche of potential change as developers, software engineers, or as these wizards are referred to - ’makers’ or ‘creators’ started to collaborate on opensource technology over the last years of being locked down. The big shift is in the fact that Intellectual Property (IP) is fixed in code and ownership is rewarded not only in monitory value as a cryptocurrency but in merit as well.

The blockchain community is global and not limited by the fact that there are no borders, nationalities, religions, or political views to contain it. The space is limitless potential. This is frightening to some that prefer the known, but humans are inquisitive by nature and children learn through exploration, it is only through social conditioning that we become afraid with age. The decentralized environment is young, fluid, and inclusive. We are only excluded if we exclude ourselves.

The next generation ‘gets it' they grew up with technology and are inspired by every new invention. They adapt fast and roll with the waves of information with an inborn sense of what is fake and what is real. They are vigilant and spot a scam miles away. They are authentic in their own right and although they might be seen as meme parrots, they do have a sense of humor and don’t take themselves too seriously.

The values encoded by the nature of the beast are transparency and sharing through information, there is no boss, but rather everyone applauds/agrees or …not. What kind of world is that? A world deconstructing social constructs, and agreements while at the same time constructing a better version of itself.

What would it take for this world to become the norm? Only time. Technology can't be stopped and the human mind is no longer contained. Communication opened up information. Information became data and data is infinite.

All of a sudden a youth that had no seemingly future is inundated with opportunities never dreamt of before and is valued for their collaboration. When people have work, they have a purpose, and when they belong they are happy.

A healthy economy must be one where loads of exchange are happening, where everyone can spend and goods move, with absolutely no scarcity. People start projects they love and work together to make it happen by applying for funding for expertise until they can run the show and sustain themselves which is not years, but within months because they do what they love together in collaboration to benefit all.

People multi-task to earn an income and gain experience in diverse fields and communities. Every operation is run differently but is moderated by the same standards and voted on.

Interesting times we live in and same old, same old could be nice but too much has changed already for it to ever be the same again. There is no such a thing as same old, same old no more. And that is the change decentralization is bringing and bringing it fast, millions of people around the globe work 24/7 from their homes to create a future that is at least hopeful, together.

Hi, I am a copywriter with more than 20 years of experience in advertising agencies, teaching, and scriptwriting. I am currently part of three DAOs as a core member and have been in the space for seven months. Learning every day.

What is the buzz about Decentralization?