About Cella, skunk and tomato juice

Her name was Cella. She was a mix of Malamute and Pit-bull, is well aware of her duties to safeguard our yard from all the bystanders: raccoons, opossums, rats, cats, and squirrels. 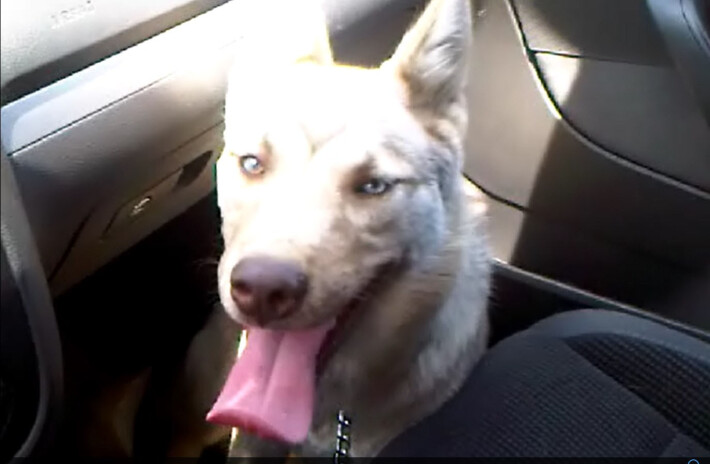 Even when our neighbor sticks his long nose through the bordering bushes, she meets his appearances with low growl rrrrrrrr…. Little did she know her bravery would be tested by a skunk.

Apparently, when she noticed the intruder she, as usual, ran right at it without barking (she rarely barked). Next thing I heard was her whining, which I didn’t hear since she was a little puppy. 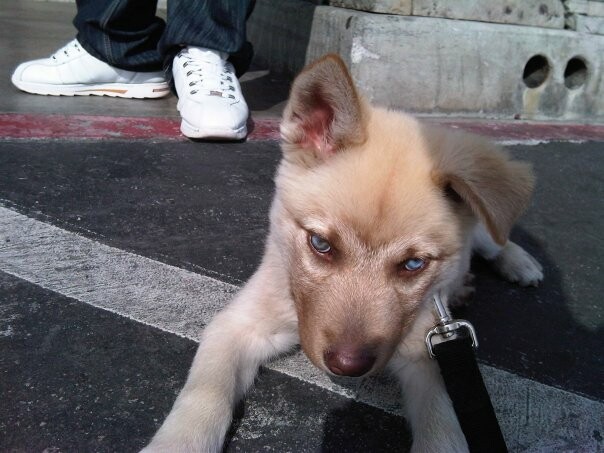 I grabbed a cleaver and ran to the rescue. However, it wasn’t cleaver that I needed but, perhaps, a bath full of tomato juice, recipe against skunk stench that I only found out at a later time. 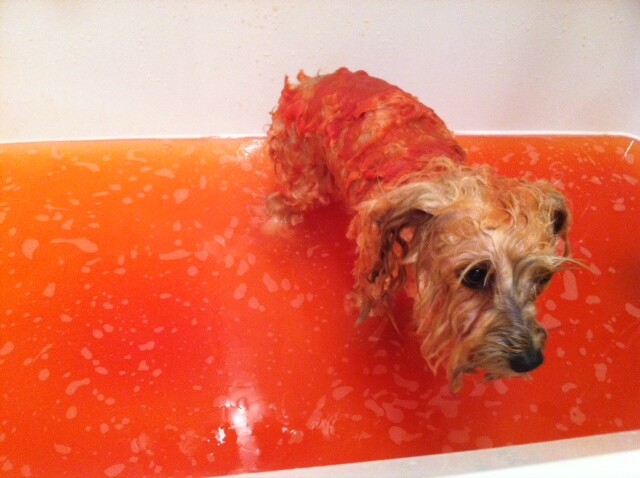 Poor Cella stunk. At the time, I had no idea what to do and the powerful stench didn’t help concentration. Luckily, the closest dog grooming service turned out to be only within 2 miles, which we had to walk for I couldn’t bring myself to put her in the car. You can imagine how people looked at us, while we were walking. Yet, even after a thorough cleaning, the stench still was there and have been with her for another good two months. 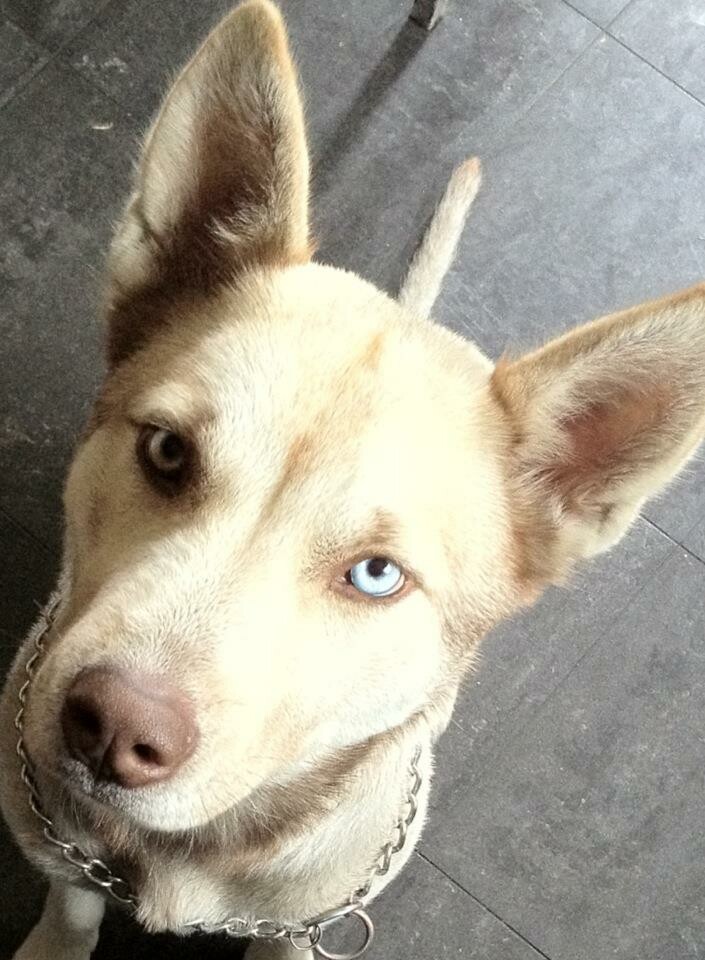