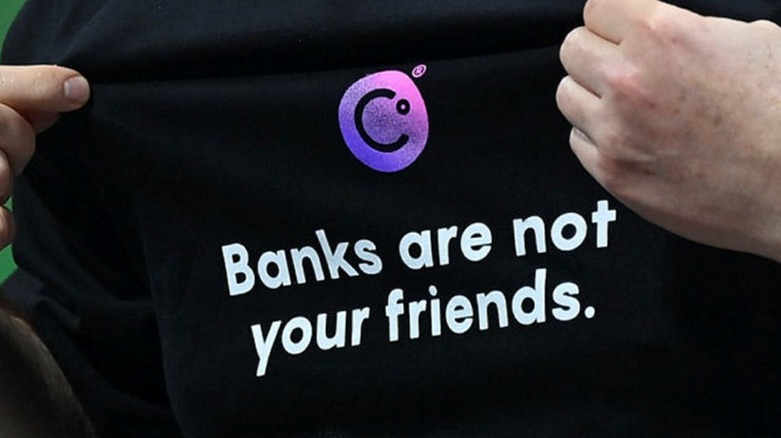 Will Celsius Users Get Refunded? The Lessons To Be Learned

The lending platform Celsius has declared bankruptcy and has suffered a series of accusations: wash trading for its $Cel token and others similar to fraud.
All of this comes at a time of general crisis: the hedge fund Three Arrows Capital went into liquidation last month, the broker Voyager Digital Ltd filed for bankruptcy a few weeks ago and other companies offering annuity services, including Babel Finance. and Vauld, have suspended withdrawals. Celsius clients have not been able to access their funds since June 12. Celsius has spent the past few weeks repaying debt on various decentralized platforms, including $ 140 million at MakerDAO and $ 950 million at Aave.
MakerDAO is the platform that manages the minting of the over-collateralized Dai stablecoin, while Aave is the largest decentralized Lending platform.

THE ACCUSATIONS OF A FORMER EMPLOYEE
Celsius was sued three weeks ago by former employee Jason Stone (Stone Investment Group) in the New York state court. Stone founded a company called KeyFi that specializes in cryptocurrency trading strategies. Celsius and KeyFi entered into an agreement under which Keys "would handle billions of dollars in customer crypto in exchange for a share of the profits generated by those crypto deposits".
Since August 2020, Celsius has begun "transferring hundreds of millions of dollars in cryptocurrencies" to Stone and his team. Celsius and Stone decided to engage in cryptocurrency trading strategies that required effective hedging to manage risk and protect themselves from market fluctuations, the lawsuit argues.
Stone says Celsius executives repeatedly assured him that the company had initiated the necessary hedging transactions to ensure that the fluctuations in the prices of various assets would not have a significant impact on the company's capital and its ability to repay depositors. In short this company was managing client funds and trading them, Celsius was supposed to provide the hedge.

Stone: "These promises were lies. Despite repeated reassurances, Celsius did not implement risk management strategies to protect itself from price fluctuation risks based on the investment strategies implemented"

Stone says there have been "multiple incidents" including "the inability to perform basic accounting and endanger client funds." Another accusation revolves around the $ Cel token. As we know, users could decide to accept rewards in the form of $Cel, receiving much higher interest. The lawsuit claims that Celsius engaged in transactions to artificially inflate the price of the token (Wash Trading).

"The purpose of this scheme was both fraudulent and illegal: Celsius tricked customers into being paid in $Cel tokens by providing them with higher interest rates then intentionally and artificially inflated the $Cel token price"

Finally, Stone claims that Celsius is a "Ponzi scheme". Due to Celsius's inability to protect himself from volatility, he had huge liabilities to depositors especially in Ethereum. As clients tried to withdraw deposits, Celsius was forced to buy Eth at high prices (around January 2021) and suffered heavy losses in the subsequent 2022 bear market. Stone claims that Celsius then began offering interest rates double-digit to attract new depositors whose funds were used to repay former depositors and creditors. 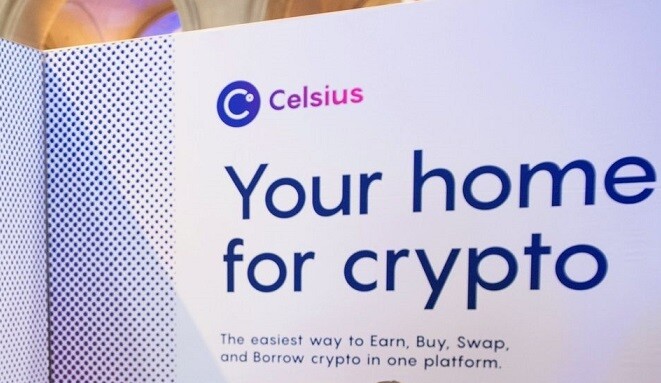 "So, while Celsius continued to market itself as a transparent and well-capitalized company, it had actually become a Ponzi scheme"

According to Stone, Mashinsky transferred valuable NFT, from the company's accounts, to his wife's wallet. Stone left Celsius in March 2021. In the lawsuit he claims that at the time of his departure, Celsius had a $ 100 million to $ 200 million hole in his balance sheet that he "could not pay back in full"

WILL USERS BE REFUNDED?
The sentiment is very negative. According to reports, there is a deficit of 1.2 billion dollars. It appears that the company currently holds $ 4.3 billion in assets versus a whopping $ 5.5 billion in liabilities.

Frances Coppola, a leading economist and longtime cryptocurrency critic, says "Celsius is not an asset manager, it's a shadow bank. And deposits in banks aren't even" client assets. "They're unsecured loans to the bank. They are therefore liabilities of the bank and fully at risk of bankruptcy"

In the terms and conditions section, Celsius clearly states that "in the event of bankruptcy, customers may not get all, or even nothing, of their money back. Celsius' terms of use make it completely clear that customers who deposit funds, lend their funds in Celsius to do what they want with it"

Cryptocurrency lenders, including Celsius, gained significant traction during the peak of the bull market. The high interest rates and the easy accessibility of the loans have attracted many depositors. These entities have made profits by lending digital assets due to the increased demand from institutional investors. Their business model, however, has attracted a lot of criticism following the market downturn. Some have suggested that Celsius should have opted for investor protection by considering crypto assets as securities (SIP) rather than opting for bankruptcy (Chapter 11). Swan Bitcoin founder Cory Klippstein also said a SIP deposit would help clients with the recovery of funds.

WHAT IS THE TEACHING OF THIS STORY?
1) Lending platforms suffer in Bear Market because fewer loans are requested so they have less income

2) When you use a Lending platform, you receive interest but you are lending your crypto. If a "bank run" occurs, the lending platform can go into trouble because it is forced to buy "x" tokens on the market to give it to customers

3) Similarly, if a platform uses a liquid derivative (for example sETH) that provides for crypto staked (ETH), if there are many withdrawals ... the Lending platform is forced to sell at a loss sETH, buy ETH and give it to those who request it (remember that liquid derivatives are always worth less than the token whose price they track!)

4) Celsius had been passive for years. To attract liquidity, they gave rich bonuses to customers. $ 50 in Bitcoin for those who invited and $ 50 for those who signed up by depositing at least $ 400. Lots of stablecoin promos with other $ 50 bonuses. Probably all this liquidity was used to repay those who had deposited (similar to a Ponzi scheme). I think that Celsius acted in good faith and believed to recover the liabilities but lost funds (Luna, UST, ETH) and the bear market increased the debts in an irreparable way. What's the moral? Always be wary of those who give rich bonus! This way of attracting liquidity could be a sign of mismanagement of the platform. Is new liquidity needed to pay off user withdrawals?

5) Don't trust what the platforms say. No platform will ever admit its insolvency before the official announcement! If it admits insolvency...it will accelerate its "bank run". This is an understandable question and it is fitting that the platform lies about its difficulties. If you know that a platform is at risk of failure, what would you do? You withdraw! In this way you are accelerating the flight of capital and then the bankruptcy.

6) This is not relevant with Celsius but avoid any investment platform that allows you to purchase membership. You buy packages and they offer you a return that allows you to recover your capital in "x" months. No. This is just a Ponzi scheme. The investment of the new customers ends up with the scammers who run the platform and part of that goes to pay the old customers.

7) Beware of any return that is too high. The inflation of one's token is decided by the founders but this is never sustainable over time. The endings are two: either the platform executes an exit scam or the token collapses over time going to 0.

I hope this article will be of help to you in unmasking scams and Ponzi scheme. I believe that Celsius is not a scam or a Ponzi scheme, however the extreme conditions of the market and some bad choices have led it to bankruptcy.