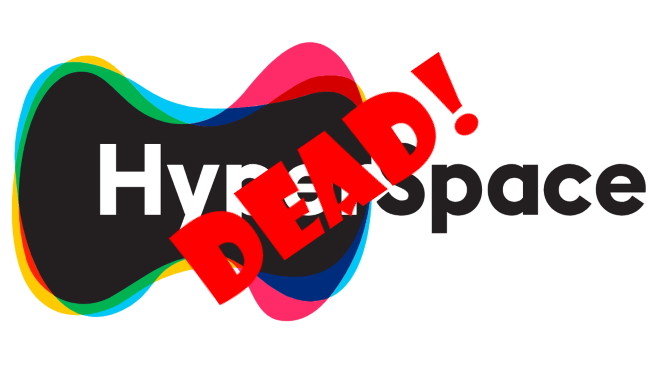 HyperSpace, originally dubbed Synereo, was a decentralized and distributed social media site that offered users cryptocurrency rewards, in the form of the AMP coin, for their participation.  Content creators and curators could earn AMP’s for their posts and interaction.  Enthusiasm quickly grew as people began visiting the site and earning.  With a rising interest in the social site, several crypto exchanges allowed the purchasing and selling of AMPs.  But there was a nagging catch.  Users could not withdraw their earnings.

So, no matter what your balance stated, it was not real because you could not access those coins.

From the beginning, a ‘wallet’ was promised by the HyperSpace team.  After well over a year, the developers stated the delay was due to regulatory issues in their country of Israel.  However, other crypto-based social sites did not have any problems.

Uptrennd came online well after HyperSpace and within a few months had a working deposit/withdraw wallet for its users that were earning crypto.  Steemit, a predecessor to Hyperspace, also had usable wallets that enabled their social media community of users to access their assets.

The community knew something was very wrong when there was no way to withdraw earnings. 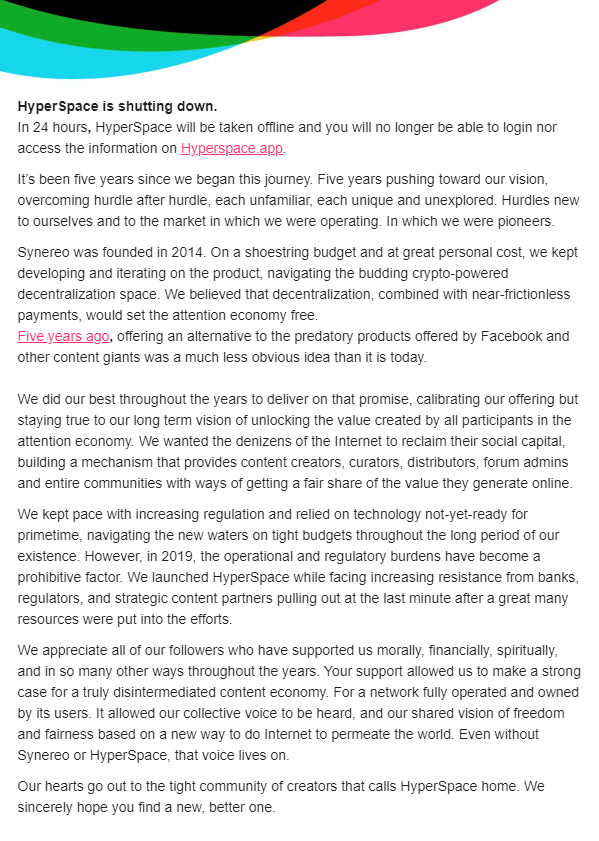 On October 30th, 2019, users received an email from the HyperSpace team stating the site was shutting down in 24 hours and would not continue.

Scam?  Users quickly cried foul and pointed to the fact their earned participation coins and precious content would soon disappear.  Why only 24 hours’ notice to users?

The price of the AMP hit a high of just over $1 in January 2018 and has been on a steady decline.  After the notice sent out, the price was sitting at a new low of $.0012

It is unclear if there was malicious intent, but looking back it, the devs did draw people in to contribute and amplify buzz (which fuels more people to join and invest) with the promised incentive of earning crypto, but never actually let the users access it.  Many are curious when the Devs began selling their stakes.  Perhaps before they announced the closure to everyone else?  There are rules against such things in regular business, but this is the crypto-world where many are not held accountable for disreputable actions.  I suppose it is another argument for crypto regulation, to hold accountable those who unfairly profit from others or make misleading claims.