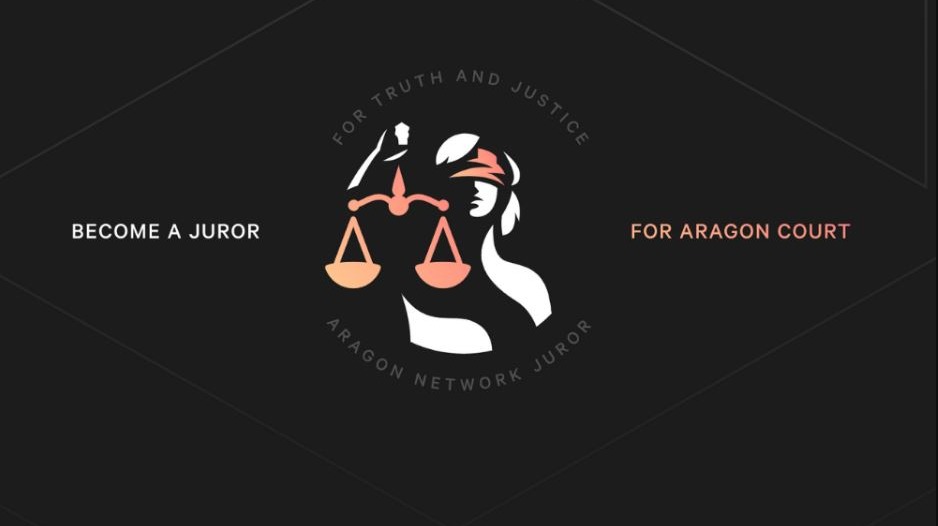 Court Will Soon Be in Session: Aragon Court and the Aragon Network DAO

In a brief glimpse of how our future legal system could be radically transformed by distributed ledger technology, Aragon began their juror recruitment process yesterday.

Aragon Court is just one aspect of the Aragon project. According to their website, “Aragon empowers you to freely organize and collaborate without borders or intermediaries. Create global, bureaucracy-free organizations, companies, and communities.”

Specific to Aragon Court from their website, “Aragon Court handles subjective disputes that require the judgment of human jurors.” They refer to their Aragon Network as “the world’s first digital jurisdiction.”

Cypherpunks, early Bitcoin visionaries, and current-day Bitcoin maximalists (some of whom were also part of the first two groups) envision a world where banks and financial intermediaries are not needed and where governments cannot confiscate citizens money. Blockchain technology, though, provides the technological infrastructure to radically transform or eliminate those often-feared centralized institutions.

The emergence of blockchain technology enables the possibility of a completely changed legal landscape very different from what we’ve experienced so far in human history.

ANJ is the native token of Aragon Court. The ANJ pre-activation period began yesterday and ends February 10, the day the court opens for disputes. Until that time, potential jurors receive the same amount of ANJ per ANT.

During the pre-activation period, 1 ANT is equal to 100 ANJ. After the Aragon Court launch in mid February, the conversion rate will change dynamically and is dependent on how many ANJ tokens are activated.

Prospective jurors need to complete three steps in order to be eligible to earn rewards once Aragon Court launches:

Jurors need to stake ANJ token in order to be selected for a jury and earn fees for adjudicating disputes successfully.

The following steps illustrate the basic action stages that Aragon Court jurors can expect. Initially, a dispute is raised and three jurors are selected. Next, jurors review the evidence and reach a preliminary ruling. The losing party can appeal the ruling for additional fees. Following this, the dispute is settled, and the appropriate jurors earn rewards. If one juror votes against the other two jurors, that juror loses their staked ANJ tokens, which are distributed among the winning jurors.