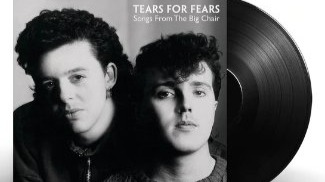 Originally posted on the Proof of Brain blogging front-end to the Hive blockchain, and one of many such platforms.

Inspired by @ablase and @tengolotodo I'm diving into a another challenge- so thanks to them.

For my first entry into #threetunetuesday, I'm starting with a tune that was given in response to a daily engagement challenge posted on The CTP Swarm community channel by @thehoneypot. Todays challenge prompt can be viewed HERE if you want to join and may win some CTP and Hive tokens.

Tears For Fears - Everybody Wants to Rule the World


My actual response to the challenge was :

For me one of the songs I sing most is an absolute classic from Tears For Fears - Everybody Wants To Rule The World, released in 1985, and got to No. 2 in the UK charts, and marked the groups US breakthrough. The song was re-recorded in 1986, with slightly altered lyrics for Sport Aid - who had a tagline of "I Ran The World", a sister charity project to Live Aid, and titled Everyone Wants To Run World. I love the guitar solo in it - and (sssshhh dont tell any one) i often play along with that bit using the shower head - ala Freddie Mercury with his microphone.


Released in 1982, this track was their 3rd Chart release in the UK, and appeared on their debut studio album The Hurting. It reached no.3 in the UK Charts. Initially intended as a B-side to their 2nd single, the record company decreed it a perfect follow up in it's own right. And were proved right with the top 3 spot. I find this track a bit haunting in it's delivery, but also prophetic at the same time. The 80's may have been an era in which madness in the world was rife, but are we seeing any less madness today. I think not!
Just remember "When people run in circles it's a very very, Mad world, Mad world, Mad world, Mad world".

And finally, with no prizes for guessing the artist...


Released in 1984, this became their 6th top 40 chart success, peaking at No.4, but it was outside of the UK where this track found it's greatest success, reaching No.1 in multiple, including America, Canada, across Europe, New Zealand, and Australia. The video was filmed on the south coast at the beautifully picturesque Durdle Door, in Dorset. Singing along with this, you absolutely (IMHO) feel the need to belt out the chorus as loud as you can "Shout, shout, let it all out, These are the things I can do without, Come on, I'm talking to you, come on"- don't worry about the neighbours lol!

So, there we have it. Three great tunes, I think anyway, or should that be Rock Anthems, from a classic British group.

Coins and tokens I hold, trade, spend, where i earn them and other stuff