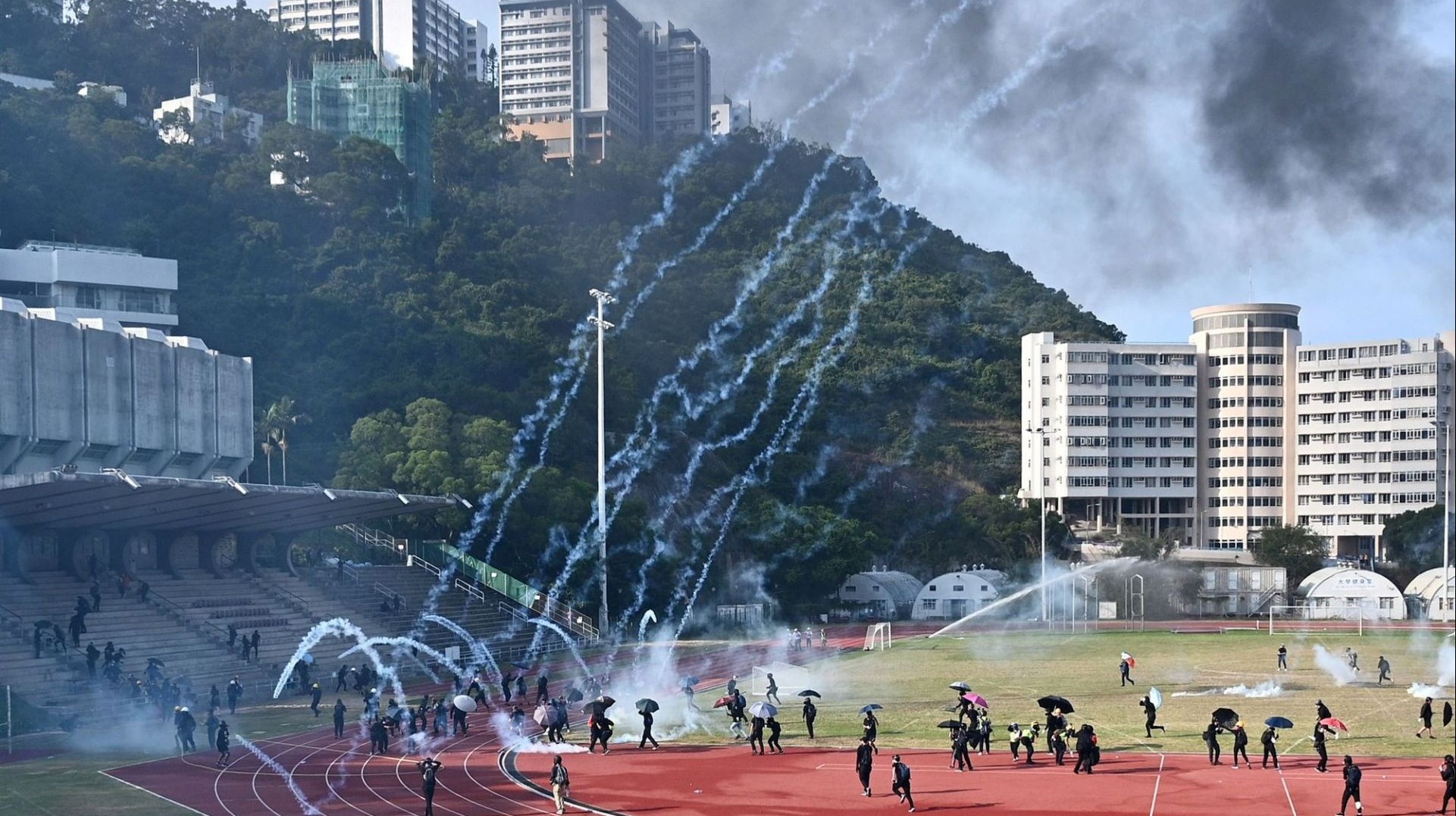 Yesterday CoinDesk published an interesting article signed by the excellent Leigh Cuen (follow it on social media because it is really one of the most interesting signatures in the world of cryptocurrencies) which, starting from the protests that are inflaming half the world from Latin America to Hong Kong, passing from Iran, comes to analyze some of the main limitations of the cryptocurrency and bitcoin world. Precisely the protests taking place in Hong Kong, writes the Cuen, represent an excellent test of how bitcoin should work from the moment that it proposes to be incensable; the Chinese authorities, in fact, are trying to suppress the protests in various ways, not only through the action of the police forces but also, for example, by closing the bank accounts of some prominent figures among the protesters. Cuen cites the case of a non-profit organization (Spark Alliance HK) which has long been accepting donations from abroad at BTC, however, since the internet has been blocked in the area of ​​protests, people are unable to fully exploit the potential of bitcoin. Several local sources, interviewed by the CUEN after requesting anonymity (for obvious reasons), reported that the protesters tried to use Mesh systems (which we have already dealt with in the past and that basically bounce transactions between various devices in search of an internet access), revealing how such systems have proved ineffective in a context of conflict. Mesh systems, in other words, work very well in the presence of blackouts due to natural events but prove to be of little use in an urban guerrilla scenario. The blockchain technology, therefore, still seems to be too niche in order to be used effectively in the context of large and widespread protests, when governments decide to turn off the internet the network effect is dropped and this makes bitcoin practically useless.

This was even more evident in other areas animated by equally violent protests, such as Iran; the Cuen has managed to get in touch with some bitcoiners of Tehran (who also prefer to remain anonymous) who report how the police, when they arrest some protesters, proceed to seize the smartphone and analyze the contents , therefore many bitcoiners in the country are preferring to keep a low profile to avoid having problems of any kind. The same person, with excellent computer skills, was nevertheless able to secure access to the internet during the protests, using a server abroad, but reports that he has most of the applications such as telegram and bitcoin wallet still blocked. Even the support to the satellite network seems to have failed, the same source reports that these systems do not work and are unreliable when the authorities turn off internet access. The situation, however, is no longer simple even where access to the network is not blocked; the Cuen has in fact succeeded in getting in touch with some Lebanese bitcoiners who report how although in the country it is still possible to exchange cryptocurrencies using the messaging apps to carry out local exchanges trading is however limited due to the poor circulation of cash. The authorities, as we ourselves have reported a few weeks ago, have in fact blocked access to bank accounts and, even if the blockade has now ceased, it is still a limitation on cash withdrawals; in practice the lack of liquidity poses problems similar to the lack of access to the internet. In addition, some Lebanese bitcoiners report having suffered cyber attacks on their devices that occurred just as they tried to make anonymous exchanges; the impossibility of knowing in advance with those who are exchanging their own coins puts at risk the very safety of the wallets and, consequently, there are no alternatives to the already established relationships, it is necessary to exchange within the circle of people who already know each other and the whose reliability can be assured, otherwise it exposes you to major risks. Reading the article in the Cuen, therefore, the conclusion that inevitably draws from it is that the community is still too small and fragmented, so that when conflict situations arise in a country, the only utility that bitcoin is currently in able to offer concerns the possibility of receiving donations from abroad, however that money is neither expendable nor usable locally; the bulk of ordinary people, then, does not have the slightest idea of ​​how bitcoin functions, so when the global size of the network falls it becomes impossible to manage exchanges and, given that almost no one directly accepts bitcoins as form of payment, the funds cannot be used to make any kind of transaction. Cuen has really done a fantastic job in this article, not only because she managed to get in touch with people who are almost impossible to contact (especially with regards to Iran) but because she was the only journalist, in the world of cryptocurrencies, to understand that what is happening deserved to be told going beyond the mere chronicle of the clashes but striving to identify the limits of this technology in urban guerrilla scenarios. All this, however, does not mean that bitcoin is useless or that we should give up the decentralized currency given the difficulties that have emerged, but we need to understand how long the road to take for mass adoption is and how this is fundamental for the bitcoin's success and the operation of the network itself.