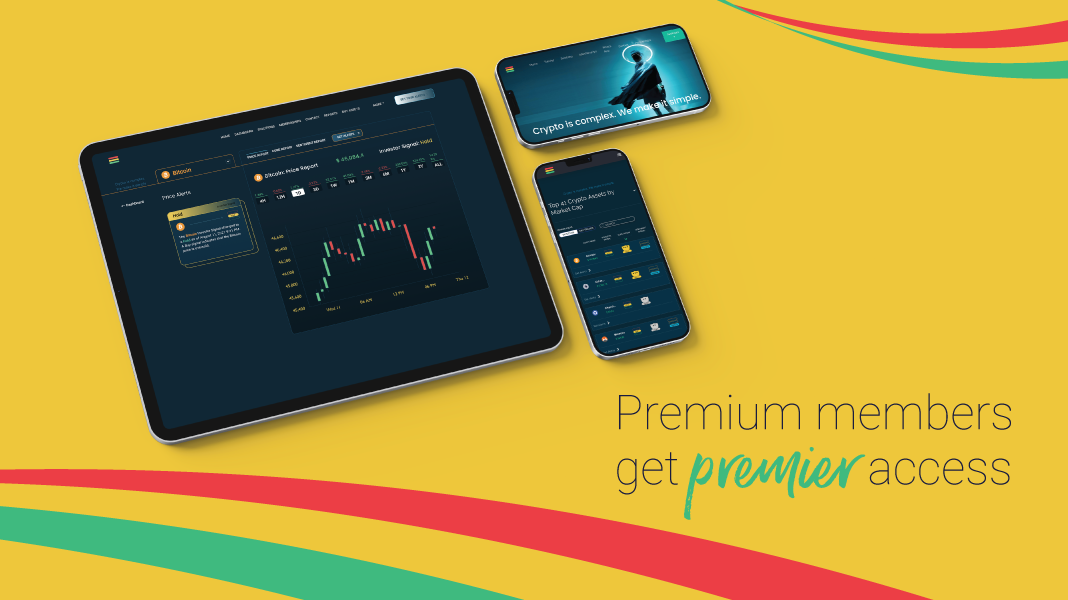 Terra (UST) Is Grabbing All the Headlines but Lets Not Forget About the King: Tether (USDT) Formerly known as RealCoin, US Dollar Tether (USDT) was established in 2014, making it one of the oldest stablecoins. USDT is a cryptocurrency that leverages distributed ledger technology to allow individuals and organizations to store, send, and receive digital tokens pegged primarily to US dollars (USDT), but also euros (EURT), the Chinese yuan (CNHT), and gold (XAUT). Tether tokens can be quickly sent and received in peer-to-peer fashion over multiple blockchains across the globe and for a fraction of the transaction costs of many legacy payment networks.

USDT, formerly known as “RealCoin,” was released in 2014 as one of the earliest stablecoins created, and today is the most widely used. All coins are issued by associated company Tether Limited which notably has the same founders as Hong Kong-based exchange Bitfinex. It’s become blockchain-agnostic having been deployed on nine public blockchains including Algorand, EOS, Ethereum, Bitcoin (Liquid & Omni), Bitcoin Cash, Tron, OMG Network, and most recently, layer-one Ethereum competitor Solana. Hypothetically, it could also launch on Bitcoin’s scalable layer-two network, Lightning, as it’s rumored Tether has contributed undisclosed funding to Lightning’s issuance protocol RGB.

Distribution of USDT on several blockchains.

A cash-equivalent digital currency (especially one tracking the world’s reserve currency) enables investors to curate more complex trading strategies and developers to create more complex financial applications. While USDT has centralized and decentralized stablecoin competitors in USDC and DAI, relative trading volume has indicated USDT is entrenched in the broader market beyond its adoption as a first-mover. Thus, its greatest competitive advantage is perhaps its liquidity. Being highly available (listed on exchanges and public blockchains) and mostly maintaining its dollar-peg over time has proved its safety and depth to speculators, merchants, and hodl-ers alike.

The largest hurdles for USDT are legal compliance and trust from the industry. While USDT has proved product-market fit with users, it has struggled to maintain banking relationships and accrue confidence from government officials. USDT (collectively on Bitcoin, Ethereum, Tron, EOS, Algorand, and other blockchains) has a circulating supply of over $65 billion, despite Bitfinex’s legal issues and a fraud dispute involving Tether with the New York State Attorney General’s office in April 2019. Despite the legal issues, Tether’s market cap swelled beyond $60 billion this year, more than 5x where it started. Some clarity came to this legal matter in February 2021 when Tether and Bitfinex reached a settlement with the New York Attorney General’s Office. Under the terms of the settlement, Tether did not have to admit any wrongdoing but did pay an $18.5 million fine. The investigation took over two and a half years and for Tether to come out of the matter with only a small fine can only be viewed as a win for the project. The settlement resolved the allegations about the $850 million loan Tether made to Bitfinex when Bitfinex was having issues accessing funds. The loan was repaid early and in full, including interest. At no point did the loan impact Tether’s ability to process redemptions.

Furthermore, the spirited cryptocurrency community originally sought to disintermediate institutions and remove trust in third parties. Taking the opposite approach, Tether requires trust as a centralized institution to maintain proper reserves and issue new supply responsibly. Although rival stablecoin, USDC, is also centralized, it has far fewer legal troubles than USDT. Because of this stellar reputation, USDC is quickly becoming the preferred stablecoin in the Ethereum DeFi ecosystem and has taken market share away from USDT all of 2021.

In May 2021, Tether released the first of its NY Attorney General reserves reports. These quarterly reports are required by Tether for the next two years as part of their settlement with the NYAG. What is notable is that only ~5% of the reserves are backed by "cash and cash equivalents" and less than 4% by actual cash. 31% are in commercial paper which is more volatile and less liquid than actual cash. Fiduciary deposits formed 24% of the category, reverse repo notes 3.60%, and treasury bills make up the largest position about 44%. This is a far cry from a company that touted a one-to-one backing in cash just a couple years ago.