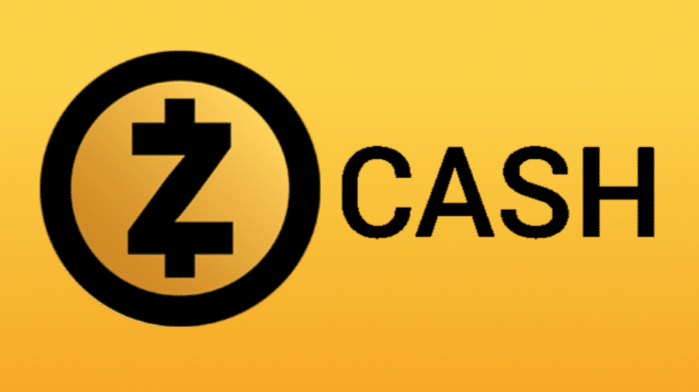 What is Zcash? [A Comprehensive Guide to Understanding Zcash]

The thing about currency is that people care about privacy when it comes to the transfer of value. Many people don’t want the average joes to find out where they are using or transferring their money. When Bitcoin came into existence, some of the crypto enthusiasts questioned Bitcoin blockchain’s lack of privacy feature. Everybody could easily track Bitcoin transactions from any wallet addresses. This is where Zcash comes in. Hailed as one of the most famous privacy-focused cryptocurrencies, along with Monero and Dash, Zcash has a mission to put privacy in the frontline of their project development. In this article, we will talk about Zcash history, how Zcash technology differs from other cryptocurrencies, and how the crypto market sees Zcash. Let’s begin. 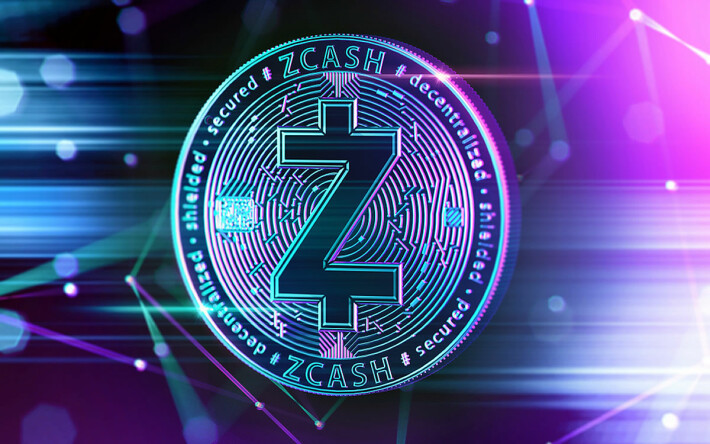 In 2013 a cryptocurrency privacy protocol called Zerocoin was developed. In 2014, there was an improved version of this protocol called Zerocash developed by Matthew Green, Ian Miers, Eran Tromer, Madars Virza, Alessandro Chiesa, Christina Garman, and Eli Ben-Sasson. Zcash implemented this Zerocash protocol along with certain improvements and all the people who were mainly involved with the Zerocash protocol, eventually became part of the Zcash team, united by the CEO Zooko Wilcox.

Zcash core team believed Bitcoin users compromised their own privacy when they interacted with the network. They believed decentralization and scalability should not be the only focus of cryptocurrency development. 'Privacy' should matter a lot too because money is always a sensitive issue. People don’t want the outside world to track each of their transactions, and this issue becomes the focus of Zcash project.

While Zcash used Zerocash protocol to improve privacy, but they originally began as a code fork of Bitcoin itself. Zcash’s genesis block historically began on October 28th, 2016, and since then it has become one of the top cryptocurrencies and one of the people’s favorites among privacy-focused coins.

When it became available to trade on crypto exchange for the first time, Zcash price went to its peak at $4,293.37. The price then crashed instantly within a short period of time before it stabilized around $45-60 a few months later. Despite the historical crash in 2016, many people still have a lot of faith in Zcash developments. One of the main selling points of Zcash is its implementation of zero-knowledge proof called zk-SNARKs. We will get into this in the middle of the article. 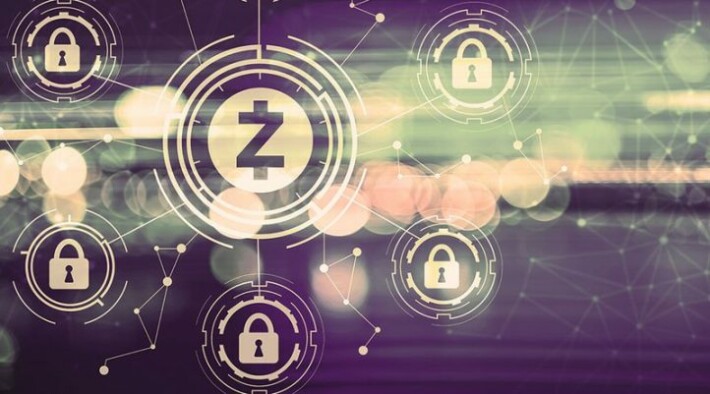 Just like how it is mentioned on the official site, the purpose of ZCash is to build a privacy-protecting digital currency. When it comes to cryptocurrencies, mostly top projects ignore the privacy part. They always try to solve what they call as the ‘blockchain trilemma’. Scalability, decentralization, and security. Of course, nobody argues that these three things are very important to crypto project development. However, Zcash team and supporters believe you cannot simply ignore the privacy part.

Just like Monero and Dash, Zcash is one of the frontrunners when it comes to the privacy-focused cryptocurrency project. Zcash is often hailed as the biggest competitor to Monero, reflected by the market capitalization of both coins. At the time of this post writing (September 19th, 2019), Zcash is one of the top 30 crypto rankings. It has $374,905,011 USD market cap.

The Importance of Zero-Knowledge Proof 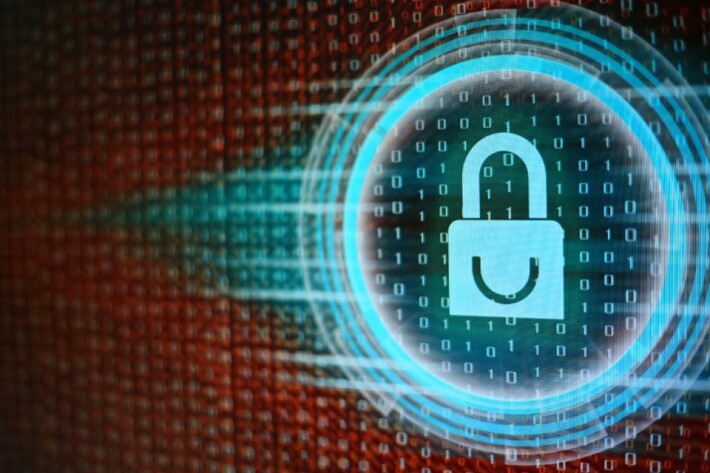 To understand how Zcash works, first, you need to understand the term ‘zero knowledge proof’. Basically, zero-knowledge proof is a situation where one party can prove to another party that one statement is undeniably correct without having to reveal any sensitive information. For easier explanation, I will give you one simple example.

This is a simple example of a ‘zero-knowledge proof’ in the real world. Alice does not have to follow Bob into the room, and Alice does not need to see Bob’s key, but Bob unlocks the safe box anyway. So, Alice (as the verifier) has ‘verified’ that Bob (as the prover) has proved himself that he has the key to her safe box.

Zero-knowledge proof in the cryptography world works in the same way. A prover can prove the validity of a statement to a verifier without revealing any sensitive information.

Zcash utilizes this ‘zero-knowledge proof’ in its core technology called zk-SNARKS. zk-SNARKS is short for “Zero-Knowledge Succinct Non-Interactive Argument of Knowledge.” It means a short and easy to verify zero-knowledge proof implementation. With zk-SNARKS, a transaction can happen without revealing any sensitive information.

So, in a typical public blockchain network (i.e. Bitcoin), validation of a transaction always involves a link between the receiver and sender wallet addresses. Input and output values in the network will also need to be ‘proven.’

With zk-SNARKS, transaction values and wallet addresses are defined as sensitive information, and they can be kept hidden. But of course, the sender with his shielded transaction has to prove the output and input values for his transaction. The same sender also needs to show the private spending keys of the input notes to prove it to the network that they are the ones who really authorize the outgoing transaction.

Due to its implementation of zk-SNARKS, among other technology, there are two different types of Zcash addresses. T-address and Z-address. T-address means the address is transparent or public. Z-address means the address is private or hidden. The t-address works the same way with a wallet address in the bitcoin blockchain. All transactions are visible on the blockchain explorer. But, when you start utilizing the z-address, the public won’t be able to observe any information except during shielding and deshielding (where partial information can be revealed due to the involvement of a t-address).

T-address and Z-address of a wallet address are interoperable. So, ZEC coins can be sent from z-address to t-address and vice versa. There’s no limitation made by the network about this. As we have mentioned before, there are basically four types of Zcash transactions involving t-address and z-address. They are Private, Deshielding, Shielding, and Public.

The powerful thing about Zcash’s technology is that users can choose whether they want their transactions to be public or private. Zcash’s flexibility with privacy is often seen as an advantage over several other privacy-focused cryptocurrencies where you won’t be able to opt-out of certain privacy features.

When it comes to scalability, however, Zcash is not really known as a speedy coin. According to several unofficial sources, Zcash can only achieve 27 transactions per second (TPS). This number is far lower than many of the newer blockchain platforms where they can quickly achieve thousands of TPS. Despite the fact that Zcash’s main selling point is about anonymity, but the ‘slowness’ of each transaction might become a potential obstacle in its future adoption. 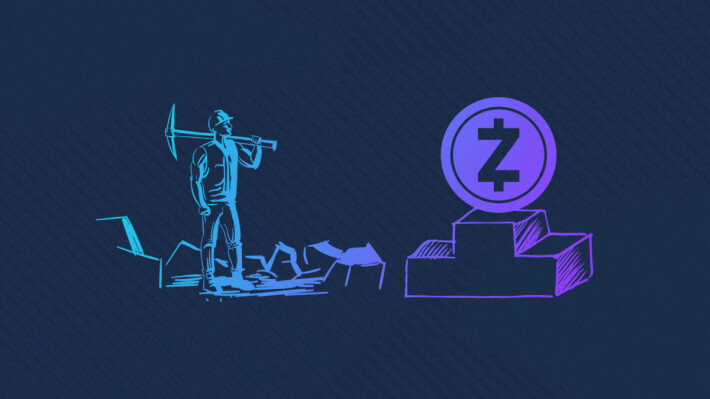 There are several controversies surrounding Zcash but not as much as the other top altcoins. Perhaps the biggest controversy was the announcement of the Zcash Founders’ Reward. So, with the Zcash founder’s reward, 20% of the mining block reward of the first four years since the genesis block will be automatically distributed to the investors, employees, advisors, and the founders. This was designed from the very beginning to incentivize development and bug fixing of the project itself.

In the beginning, the idea sounded cool because at least the network has to stay healthy for developers to receive their incentives. However, the Founders’ Reward has been heavily criticized by many Zcash skeptics because they believe this reward program is contradictive to the spirit of decentralization. The defense that came from Zcash supporters (such as Edward Snowden) is that the incentives will be able to help developers kill serious bugs within a short period of time. However, this theory is not yet proven. On the contrary, developers for Bitcoin or Monero could quickly fix bugs and issues without this type of founders’ reward.

The Zcash Foundation and the ECC had an agreement in place to share the trademark of Zcash. That being said, the negotiation did not go through eventually. The Zcash Foundation accused the ECC’s decision has harmed the Zcash project to the level of ‘decentralization theater’, whatever it means.

Adoptions And The Crypto Market 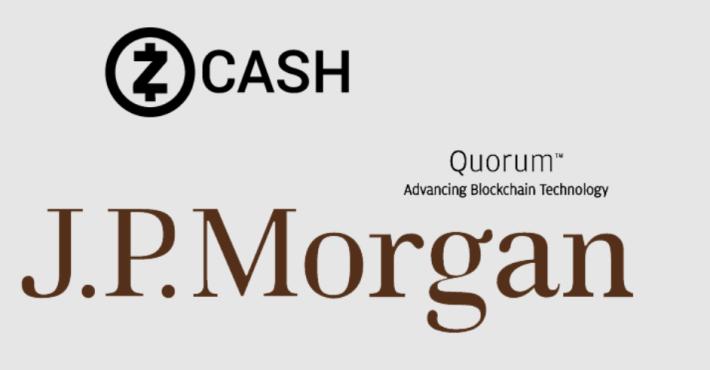 When it comes to tech adoption, Zcash has been doing quite well. Zcash’s ZSL technology (zero-knowledge security layer) that’s derived from zk-SNARKS has been adopted by JPMorgan’s private blockhain called Quorum. Not only that, the famous co-founder of Ethereum, Vitalik Buterin, has been teasing that Ethereum can easily scale up to 500 TPS if they use zk-SNARKS technology.

And in the crypto market itself, Zcash coin (ZEC) position is still somewhat promising. Despite the fact that it has fallen from the top 20 crypto rankings, but ZEC traders still have a lot of faith in this coin. At the time of this post writing (September 19th, 2019), ZEC is trading at $50.33 with a $374,905,011 USD market cap. You can find Zcash on many top crypto exchanges, including Coinbase, Binance, Bithumb, OKEx, or Huobi. And while ZEC price is still very far away from its all-time high (ATH), but there’s a lot of potentials for this coin to go much higher than the current trading price. 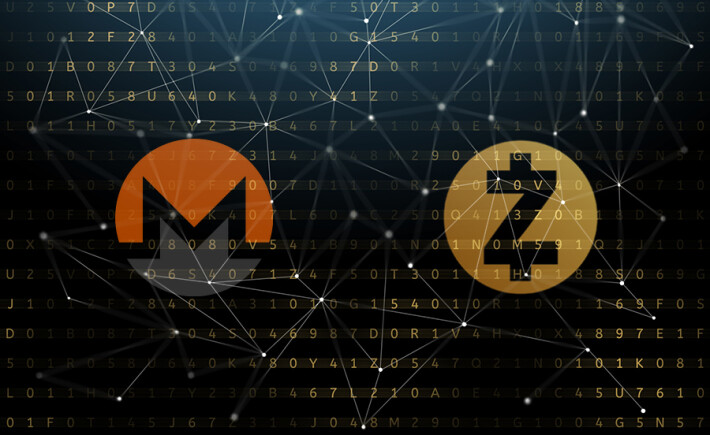 Zcash has two main competitors in the crypto market. They are Dash and Monero. Zcash and Monero supporters often poke fun between each other because they are basically competing to become the ‘face’ of privacy-focused cryptocurrency. Monero has the upper hand at the moment due to its larger market cap and bigger popularity, but Zcash is not that far behind.

On the other hand, Dash has ‘shifted’ away from its focus from a simple privacy coin to become speedy digital cash. Of course, that doesn’t mean Dash has abandoned its privacy feature development. They are still a privacy coin, by definition. It’s just that the broader focus and branding of Dash is to be spent as a daily peer-to-peer cryptocurrency.

Zcash has a big future in its hand despite several controversies and scalability issue we have mentioned above. There’s also one potential obstacle that might challenge Zcash’s future which is the government regulations against privacy-based coins. Just like Monero, Zcash’s future will have to consider big governments’ perspective against privacy coins. But outside of this specific external factor, Zcash actually has a very promising future because there will always be a need for privacy cryptocurrency. 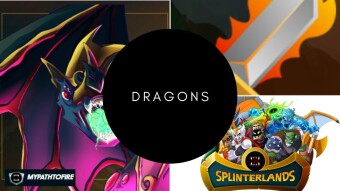 My Battle with Dragons!