What Is TrueUSD (TUSD)? - [A Comprehensive Guide to Understanding TUSD] 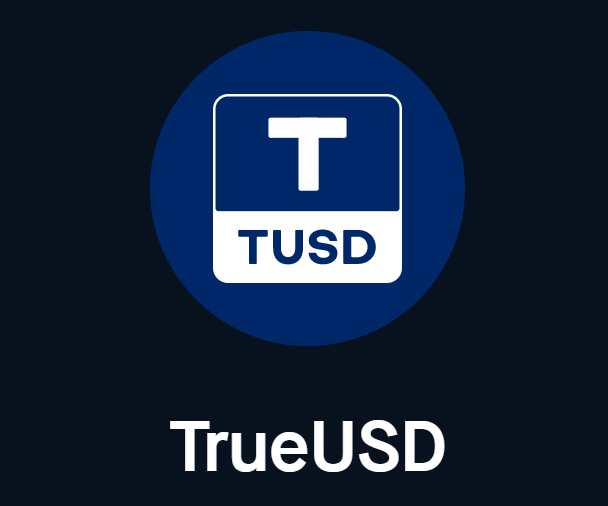 Before we continue, make sure you understand the difference between TUSD vs USDT. TUSD stands for TrueUSD while USDT stands for Tether. They are two different stablecoins created by two different companies. Tether/USDT is another stablecoin that was launched by the same team that created a controversial crypto exchange called Bitfinex. With this article, we will focus more on TUSD, a stablecoin that is legally protected and fully collateralized. Let’s begin.

The History of Stablecoins and TrueUSD 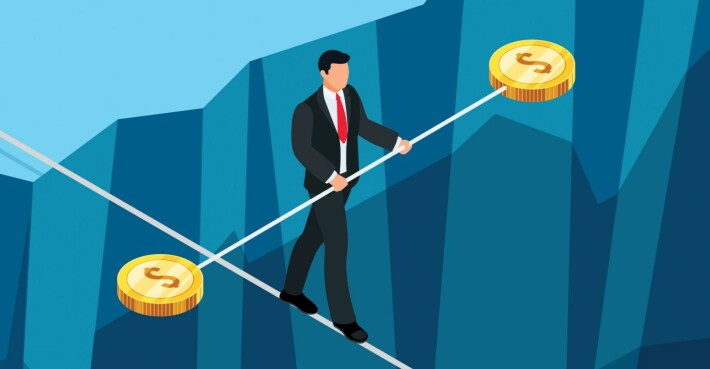 To understand why TrueUSD was created in the first place, we need to understand the history of stablecoin itself. Well, stablecoin has been playing a massive role in the crypto industry even before the creation of TrueUSD. In 2012, a whitepaper to create a ‘new currency’ on top of Bitcoin protocol was published. This whitepaper then became ‘Realcoin’ project in 2014 where the founders claimed you could ‘trade’ fiat currencies directly on the blockchain. The idea was, every Realcoin token was backed 100% by its original currency in the company’s bank account.

The idea was widely accepted by the crypto community. Along with time, the project got rebranded to ‘Tether’, and US+ eventually became USDT. The name USDT and Tether became synonymous because USDT was much more popular than the other fiat-pegged tokens. Ever since USDT was enabled to trade on crypto exchanges on Bitfinex, it quickly gained a lot of attention among the crypto community. Many crypto traders believed USDT played an important role because they could easily trade Bitcoin against USDT back and forth without the need to deposit/withdraw fiat currencies.

When USDT became available in most crypto exchanges, it got even more popular. Everybody was using USDT to transport their money across different exchanges because it was faster, and it protected them from crypto price volatility. However, the team behind USDT abused the trust of the crypto community. There have been a lot of controversies and accusations of USDT team’s wrongdoings. The biggest controversy of USDT was the team’s refusal to publish a third-party audit result.

The team previously promised to publish a third-party audit report to prove that they have all the real dollars in the company’s bank accounts to back every USDT token that they have issued on the blockchain. However, this promise has never been fulfilled even until today. The company also suffered some legal issues with several different governments, including the US and Taiwanese government.

For instance, in 2017, all international transfers to Tether team’s bank accounts were blocked. And thus, people could not redeem their USDT tokens to real USD in their bank accounts. Suddenly, all problems and accusations started to show up, and they quickly destroyed the Tether team’s reputation.

The crypto community was desperately searching for a new stablecoin to hedge against crypto volatility. Then, the TrustToken company showed up. In 2018, a group of real people who previously worked for UC Berkeley, PwC, and Google formed a new company called TrustToken. Their first (and still the most popular) project is called the TrueUSD. They deliberately used a similar ticker to USDT, just that they put the letter ‘T’ in front of USD. TUSD was launched on top of Ethereum blockchain.

Different from USDT, the TUSD team hasn’t failed to fulfil their promise. The TUSD team (TrustToken) boasted that TrueUSD would always be transparent and fully collateralized. They promised that third party audit results would be published periodically on their website. And their attestations from the very first time (March 1st, 2018) until today (August 29th, 2019) have been publicly available.

TrustToken company has partnered with big names such as White & Case, Cooley, and WilmerHale for its TrueUSD project. A reputable accounting firm, Cohen & Company, has been contracted for their attestation reports. Knowing the TrustToken team’s commitment to transparency and legal protection, everybody believes TrueUSD is the ‘answer’ to their desperation to find an honest stablecoin.

Yes, unlike USDT, each of TUSD token is fully collateralized by real USD in the real world’s escrow account. And a popular third party audit firm (Cohen & Company) have been responsible for all attestation reports. Currently, there are several other new stablecoins that have been trying to follow TUSD’s steps. USDC and GUSD come to mind easily. Both of them were created by other companies, but they also claimed that all of the tokens had been fully collateralized and audited by third-party auditing firms.

There’s also one stablecoin that took a different and more decentralized approach, it’s called DAI. However, we won’t talk too much about these other stablecoins.

There are several different purposes of stablecoins, including TUSD. The biggest use case of a stablecoin is still to hedge against crypto volatility. Many crypto traders do not want to deal with regular fiat deposit and withdrawal but they want to be able to ‘lock-in’ their profit after BTC price goes up. This is where stablecoin becomes important. For example, when you trade BTC/TUSD at $9000, and you only aim for a 10% profit, you might want to sell BTC for TUSD at $9900. You will get a 10% profit, and with this strategy, your profit would be ‘safely stored’ in your TUSD tokens.

TUSD price is always stable 1-to-1 to real USD. There might be very insignificant fluctuation (like 1-3%) compared to real USD price, but you are able to redeem your TUSD tokens to real USD in your real bank account, anyway, so it keeps the price stable as nobody would pay too much (or too low) for a stablecoin.

Another strong use case of TUSD is for digital cross-border transactions. For example, payments for different freelancers in different countries. If someone from Indonesia wants to receive payment from a US client for his web designing service, he can easily reduce all the unnecessary fees if the client sends his payment with cryptocurrencies. If he receives payment with wire transfer or Paypal, he will get less money because these centralized services have to make money somehow.

With crypto payment, however, the recipient will get the exact full amount although he might still have to pay 1% crypto-to-fiat withdrawal with his local crypto exchange (that’s still much cheaper than using PayPal and similar services though). One problem with normal cryptocurrencies. There’s price volatility with cryptocurrencies, and many people don’t want to deal with it. Most people don’t want to wake up and see that his crypto payment is suddenly worth 10% less only because BTC has been going down the past few hours during his sleep.

That’s where TUSD and other stablecoins shine. When you receive a TUSD payment from a client in another country, you can just store it in your crypto wallet with extra peace of mind, and you only need to withdraw it to real fiat in your bank account whenever you have the time to process the withdrawal.

Apart from the two obvious use cases (cross-border transactions and hedge against crypto volatility), TUSD can also be used for mainstream commerce transactions. However, it might still need more time before we can easily buy plane tickets or book hotels on our favourite apps with TUSD. 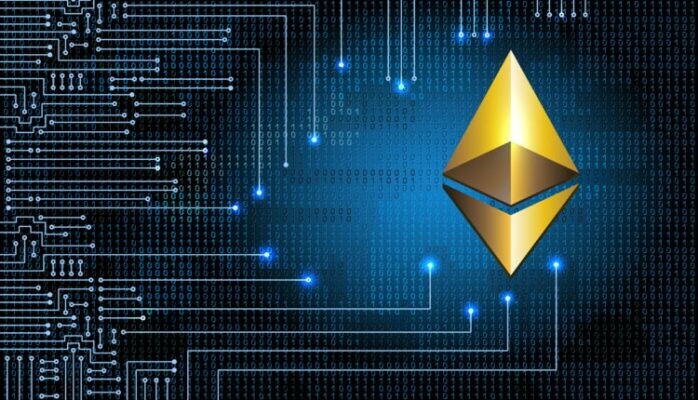 As we have mentioned before, TrueUSD (TUSD) was launched on top of Ethereum blockchain. It’s an ERC20 token. The problem that has been plaguing Ethereum blockchain is also haunting the future of TrueUSD. The biggest issue with Ethereum is its scalability. Ethereum, at its current state, cannot handle thousands of transactions per second. In order for TrueUSD to go mainstream, it needs to be able to handle a large amount of transactions per second.

Even though Ethereum core developers have been trying to improve Ethereum’s scalability but we will still have to wait before we can be sure that Ethereum will be able to easily handle massive demands of ERC20 tokens (including TrueUSD). However, this potential roadblock can actually be solved easily. The TrustToken team can just ‘adopt’ a new blockchain and swap all the current ERC20 tokens to a new token released on top of that new blockchain. It’s possible for TrustToken team to do that in the future. 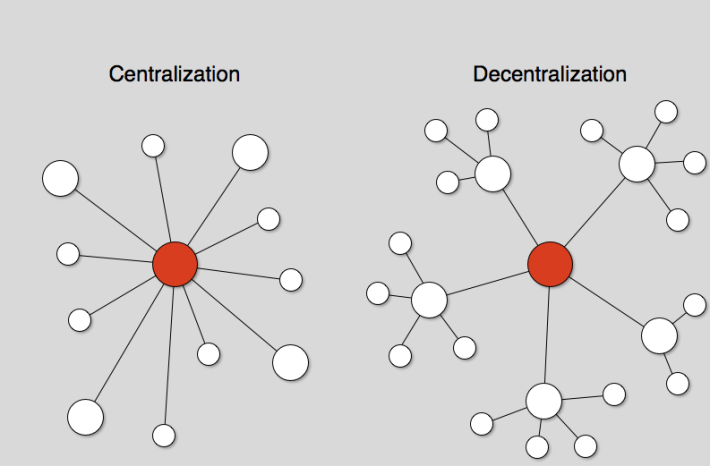 There’s almost no controversy when it comes to TUSD. Thanks to the involvement of a famous accounting firm (Cohen & Company), TrustToken team can always brag about their transparency and full USD collaterals for their TUSD tokens. However, there’s one big criticism of TUSD. Many crypto purists believe TUSD is too ‘centralized’ and they think a centralized stablecoin serve no purpose.

They believe a centralized token that’s based on centralized fiat currency is contradictive to the spirit of decentralization. TrustToken team responded to this criticism by saying that at the current state, everybody has to be realistic. There’s enough demand for stablecoins, but the current situation with blockchain technology and regulation makes it not possible for them to issue a decentralized stablecoin that can handle huge demands. That’s why a traditional stablecoin model (with full USD collaterals in an escrow account) is still used.

TUSD In The Crypto Market

TUSD has a strong position in the crypto market. At the time of this article writing (September 23rd, 2019), TUSD is ranked 37th in crypto rankings by market cap. It has $186,891,632 USD market cap and $303,727,648 USD daily trading volume. TUSD is available in many big crypto exchanges including Binance, CoinEx, Bittrex, Upbit, OKEx, or Huobi. 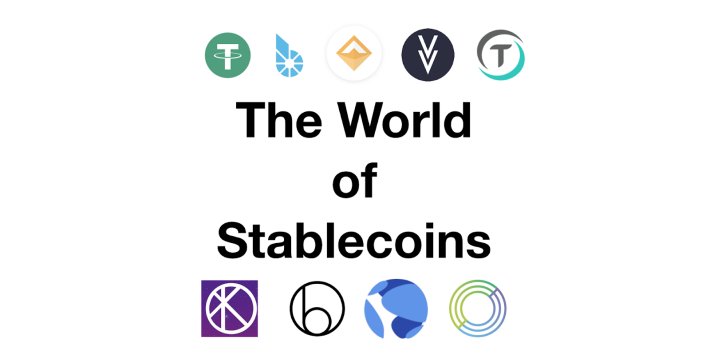 TUSD has strong competition. Other stablecoins such as USDT, USDC, GUSD, PAX, and DAI can be considered the biggest competitors to TUSD. Among all stablecoins, the most successful, ironically, is USDT a.k.a Tether. As we have mentioned before, Tether is very controversial because they are not transparent with their audits. Currently, USDT has a market cap of $4 billion with more than $17 billion daily trading volume. Many big crypto traders use trading robots to keep buying and selling USDT against BTC and altcoins. USDT’s trading volume exceeds all other stablecoins by a large margin.

Other (and more transparent) stablecoins like USDC and PAX are very close to TUSD from both market cap and trading volume perspectives. TrustToken team needs to be careful and they have to innovate a lot if they want to stay relevant in the competitive stablecoin market.

TUSD is a legally protected, fully collateralized stablecoin, backed by real USD in a real escrow account. It’s a much better alternative to USDT. However, other companies have been following TUSD steps recently (like PAX, GUSD, or USDC). TUSD faces strong competition in the stablecoin market. But of course, for now, TUSD is a really good choice if you want to hedge against crypto volatility or if you want to use a cryptocurrency for a cross-border transaction. 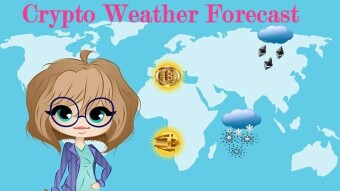 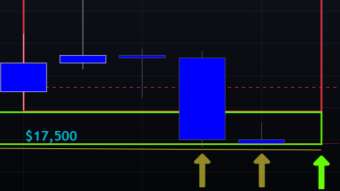 When type in the word "Bitcoin" on YouTube, most videos are towards the bearish side or some even with a title "Crash", is Bitcoin really crashing? 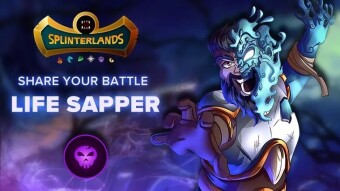