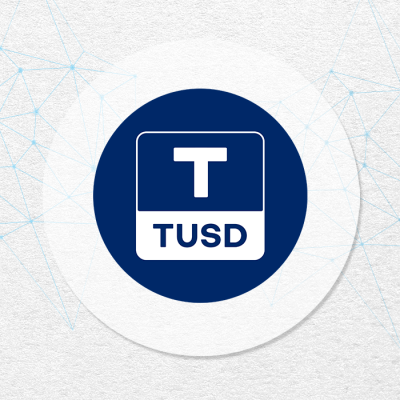 TrueUSD (TUSD) is a stablecoin that was launched in early 2018 by Jai An, Rafael Cosman, Tory Reiss and Stephen Kade. Backed by the US Dollar, like most other stablecoins, TrueUSD (TUSD) was launched with the intention of helping investors mitigate the extreme volatility of the cryptocurrency market.

TrueUSD is based on the TrustToken platform. Each TUSD stablecoin is backed by 1 US Dollar, though several more fiat currencies have been added since the launch of the platform. This includes the True Canadian Dollar (TCAD), True Australian Dollar (TAUD) and the True Great British Pound (TGBP). Most recently, the team launched the True Hong Kong Dollar (TrueKHD), the first Asian currency backed stablecoin.

Unlike some other stablecoins, the TrueUSD system, according to the team, does not have access to the funds, for the purposes of security, and instead uses escrow accounts to handle all transactions. The team publishes attestations that confirm the existence of funds to back up the tokens on their blog.

Recent development milestones for the team include the launch of TrueUSD AutoSweep, a wallet management feature for exchanges and Over-the-Counter (OTC) desks. Partnerships are also an important priority for the team, for the purposes of ecosystem expansion. A recent partnership with crypto lender Cred sees users getting interest gains, of up to 8%, on loans made to the Cred platform.

What Is TrueUSD ($TUSD)?

What Is TrueUSD? TrueUSD is a classic representative of fiat-backed stablecoins, along with Tether, USDCoin, and others. The TUSD stablecoin is the brainchild of the TrustToken company, whose activities are aimed at tokenizing fiat currencies, includ...

What is TrustToken? TrustToken is a platform for creating tokens with the support of other assets that you can easily buy and sell around the world. For example, using gold to produce tokens worth gold. The platform is like a bridge between blockcha...

The crypto space is highly volatile. Charts go up and down every day, traders are awake 24/7, checking their Blockfolio apps and making sure not to miss the next swing, and everyone, everyone is talking about the market moves. At some point, volatili...

What Is TrueUSD (TUSD)? - [A Comprehensive Guide to Understanding TUSD]

Celebrating TrueUSD's Launch on TRON with a 5,000 $TUSD GIVEAWAY!

TrueUSD has announced a $5,000 giveaway in their Medium Post the details are as follows, complete the steps and claim the Giveaway.  To celebrate the launch of TrueUSD on TRON as TRC20-TUSD, TrueUSD are giving out 5,000 $TUSD in a Telegram Giveaway...