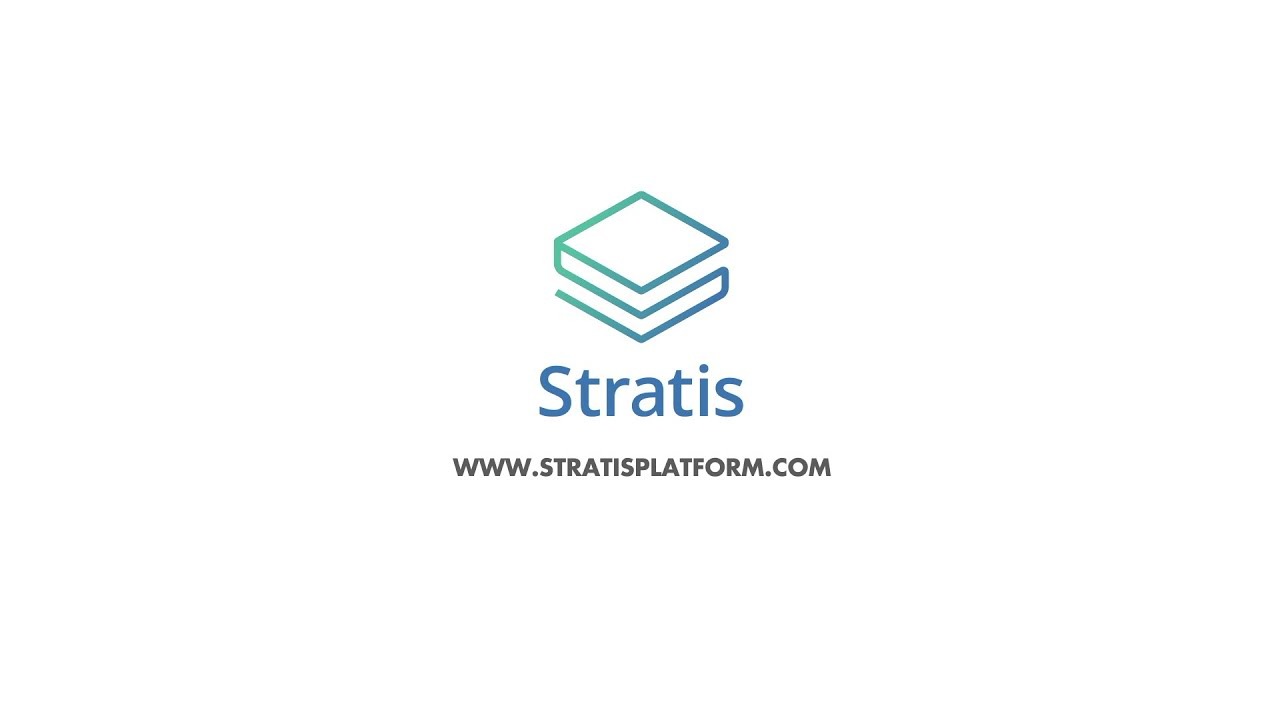 What is Stratis (STRAT)? [A Comprehensive Guide to Stratis]

The conversation around blockchain technology has a tendency to wrap itself around a few talking points: pure payments systems, decentralize everything and moonshots, to name a few. Although this has been changing in the past year or so (especially incumbents and institutional investment has entered the space), it is still comparatively less discussed i.e. the question of how blockchains will revolutionize small and medium businesses.

Remember that before computers and the internet really got into the hands of consumers, it was being used by governments and companies, then things began getting cheaper, more efficient and at a level of performance that could handle global usage. And here we are today.

It’s the same with blockchain technology. While I think consumer usage and immediate adoption are almost on par with business levels, and is certainly more important in the long run, our delight in seeing power going back to the people has turned our attention away from how blockchains are good for enterprises and the projects that are working towards that end.

And certainly blockchain is something SMEs are looking at. Spending is expected to grow from 1.5 billion to 11.7 billion by 2022. A Deloitte report shows an increase in the number of organizations that see blockchain as a top priority - “a top 5 strategic priority”.

The projects that focus on these are often called Blockchain-as-a-Service (BaaS) platforms. Just like Software-as-a-Service (SaaS), these projects help small and medium enterprises bolster their business by providing them with tools that are easy to implement and develop, requiring minimal resources. They are instrumental in allowing enterprises cement a position for themselves while lacking the resources of multinationals.

The specific project I’ll be talking about today is Stratis (STRAT), a BaaS project that has made excellent progress with its development and is generally considered to be a solid project. I’ll go over its history, its goals and features, partnerships that it has established and the competition it faces.

The History of Stratis (STRAT)

Stratis (STRAT) was founded in 2016 by Chris Trew, and was unique in that it was developed in C# - one of the most popular languages for software development. (This is an important point, which I’ll come to later.)

To that end, they have developed several products that make it easy for a business to build a blockchain and related services from end-to-end, described in detail further below. Development history, thoroughly detailed in the Stratis roadmap and frequent updates, is a testament to the team’s work ethic and clear vision for the project. 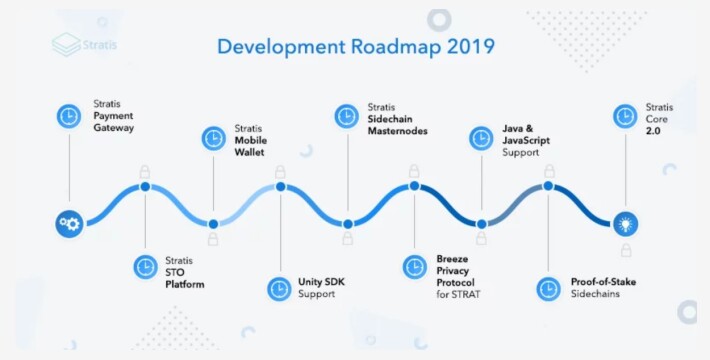 2017 was the foundational year for project, where the team charted out their path towards providing a feature-full platform for businesses. Development in that year focused on full nodes, the Stratis wallet, masternodes, alpha version of sidechains and inclusions on Microsoft Azure.

2018 saw the launch of Stratis Academy, a portal for developers to help them get started developing, an alpha version of smart contracts, the ICO platform, production releases of full nodes and sidechains and the Breeze privacy protocol.

2019 has been focused on a payment gateway, a Security Token Offering (STO) platform, Java and JavaScript support and Proof-of-Stake for sidechains.

As you can see, that is a LOT of features (and I haven’t even covered them all) for a project that only launched in 2016. There is a very clear, enterprise minded approach to the Stratis platform, and one that is backed by strong development and quality communication.

The Purpose of Stratis (STRAT)

Stratis’ mission can be summed up quite neatly: to provide easy to implement and rapidly deployable  blockchains solutions for businesses. The first to note is that, while Stratis may be a BaaS platform, it offers quite a spectrum of features that go above and beyond simply letting developers build blockchains with a programming language that they might be familiar with.

Obviously, businesses would need smart contracts to make the most out of blockchain technology, and the Stratis’ smart contracts in C# allow developers to create smart contracts, linked with STRAT or other tokens, and Decentralized Applications (DApps) to go with it. These smart contracts run on sidechains so have high performance and security.

Stratis’ ICO platform is a free to use platform which makes it easy for businesses to launch an ICO, complete with integrated services and customizable layouts. To make the process even easier, the team has built different packages that suit different needs. Features include integrated KYC checking, easy branding implementation and multi-currency support. Stratis is also working on making this an STO platform and this will be integrated with the ICO platform. This would let businesses launch security tokens, which is a prominent trend of 2019.

Stratis Full Nodes support the Stratis network and also work with the Bitcoin network. Full nodes are responsible for block mining, and support Proof-of-Work, Proof-of-Stake and Proof-of-Authority. There is also an API that lets developers build on top of the node.

Stratis Identity is an identity management solution that authenticates identities using the blockchain. Envisioned use cases include verifying the identity of business owners in funding scenarios, employment history verification and identity verification for use in social DApps.

Stratis Academy is a portal for developers, where they can learn how to build blockchains, implement smart contracts in C# and much more.

Stratis has quite an impressive list of partners, who are either collaborating to make use of the platform’s features or enhancing it in some way.

The most significant Stratis partnership is that with Microsoft, with the latter having included Stratis Full Node and the Stratis ICO Platform on the Azure Blockchain Workbench. This gives developers access to the Stratis platform’s tools via Microsoft’s cloud based service. Stratis is a ‘Certified Microsoft Partner. This makes Stratis the first blockchain company to partner with Microsoft.

Stratis has also partnered with MediConnect, which is a company that is building blockchain based solutions for the pharmaceutical industry. The latter will use Stratis’ platform to bring those blockchain solutions to the industry.

There are a fair few projects out there that are working on Blockchain-as-a-Service solutions, though it seems to me that Stratis is about at the head of the pack. Generally speaking, there appear to be two differences between Stratis and these other BaaS projects. The competitors are Ark and Lisk.

The first is that Stratis is focused on the C# language, which is still one of the major business software languages. This makes it easier for enterprise developers to work with the platform, as they wouldn’t have to work on getting to grips with another language.The team is working on adding support for Java and JavaScript - which just provides more options.

The second distinction is that Stratis offers a whole another set of features that its competitors, namely that its ICO and STO platforms, the Breeze privacy protocol and . The quality of the Stratis Academy is also a standout feature.

I think it’s fair to say that the Stratis Platform is a representation of all that’s good about blockchain platforms: the purpose with which it has been created is legitimate and worthwhile; it’s being executed and developed with insight and an understanding of the market; the team’s work ethic is remarkable, as is their communication; it shies away from any “make money quick/when moon?” sentiment; and it has working products for many of its features. These qualities combined make for a compelling project that is worth keeping tabs on.

There’s no reason to think why it shouldn’t succeed at its goals either. One can imagine that SMEs will require blockchain and a good portion of their developers work with C#, Java and JavaScript. Competing platforms may attract developers who specialize in other languages, but in this domain, Stratis reigns supreme and provides all of the necessary solutions. These enterprises would not want to cut and paste solutions either, they’d want to tailor their solutions and Stratis provides convenient tools.

So for both the medium and long term future, things look good for Stratis. It could very well be that Stratis establishes itself as the go-to platform for enterprises that wish to build their own blockchains. 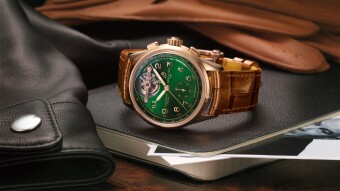