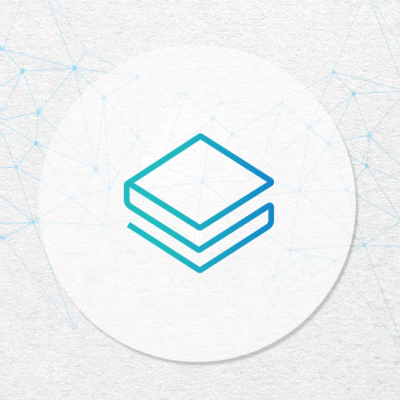 Stratis (STRAX) ia a Blockchain-as-a-Service (BaaS) platform that was launched in 2016 by Chris Trew. The primary use case for the project is to help existing businesses implement blockchain systems into their business architecture, a process that is both time consuming and expensive.

With blockchain technology being relatively new, the amount of financial, human resource and time investment in developing the systems required. This is especially true for small and medium businesses, which lack the resources of larger companies, which can more easily develop these systems. However, it is precisely small and medium businesses that require the advantages of blockchains in order to compete with bigger companies.

Developed in C#, Stratis is trying to make blockchain development as accessible as possible for these resource-strapped small and medium businesses by giving them the tools to create end-to-end blockchain solutions.

Stratis has already many of its development milestones following its ICO in mid-2016. This includes the launch of Stratis academy, an educational portal that covers development on Stratis; Stratis sidechains, which lets developers build sidechains for businesses to run their operations on; smart contracts in C#, one of the most popular programming languages in the world; and an ICO launch platform for businesses to launch their very own tokens.

The team released their roadmap for 2019, the upcoming goals for which are numerous and varied. There are two major objectives that have been detailed: increased adoption and utilization of the Stratis token. Goals include implementing a Proof-of-Stake consensus algorithm on sidechains, a Stratis Security Token Offering (STO) platform, mobile wallets for both Android and iOS, a payment gateway for third parties to integrate with, and the release of Stratis Core 2.0, which will bring numerous enhancements and features.

Hello, Registrations for the Stratis 100,000 STRAX airdrop will open on Thursday.   Anyone will be able to enter by completing actions across many of the top social media platforms including twitter, facebook, YouTube and more.   Basically everyone w...

Stratis  (Strax) is excited to announce an updated Development Roadmap for the remainder of 2020 and heading into H1 of 2021. The below graphic highlights the upcoming developments from Stratis and their target deliverable timelines.       Ether...

Hello, for those who  didn't performed the  swap in first window from Strat to Strax here's a guide on how to :   This guide is for CORE Wallet for Windows and macOS First of all  : Obtain Address Ownership Tool 1. The AddressOwnerShipTool must be us...

If you have an old wallet of Stratis , then you should now that the latest Wallet is Core wallet RC2.0     Steps to follow for those with ELECTRUM WALLET : (1) Recover private keys in Electrum Wallet. Go to Wallet -> Private Keys -> Export Enter pas...

Warning !!! November Can Be Really Bad For Stratis (STRAT)

Hey friends, hope you are well and welcome to the new update on Stratis coin. Previously I posted an article where I told you that the Stratis with Bitcoin pair is forming a bullish Shark and soon the final leg will be completed. Below was the post:...

As the voting has now ended the next stage is the Token Swap process from STRAT to STRAX. We have received several questions we would like to address in this short FAQ.   When is the STRAX swap window? First round of the Strax Swap window is from th...

As the voting has now ended the next stage is the Token Swap process from STRAT to STRAX. We have received several questions we would like to address in this short FAQ.   When is the STRAX swap window? First round of the Strax Swap window is from the...

Mediconnect - the safety net for patients, pharmacies on blockchain

Who is MediConnect?     MediConnect is a safety net for patients, prescribers, pharmacies and drug manufacturers. Our vision is to become the gold standard blockchain solution approved by the Pharmacy and Medicine regulators for the prevention of obt...

The time has come to cast your vote for the new collateral amount required to be eligible as a Cirrus Sidechain Masternode. As mentioned in our introduction to STRAX, we highlighted the addition of Dynamic Membership, which enables anyone to join...

As the voting has now ended the next stage is the Token Swap process from STRAT to STRAX. We have received several questions we would like to address in this short FAQ.   When is the STRAX swap window? First round of the Strax Swap window is from the...