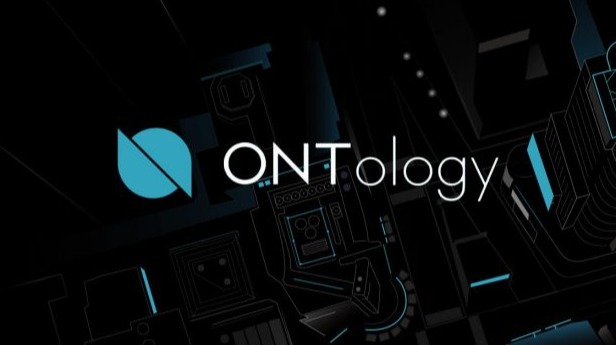 What is Ontology (ONT)? [A Comprehensive Guide to Understanding Ontology]

The crypto and blockchain industry is still very much in its early days. Companies and large corporations are just barely beginning to experiment with this technology and it has yet to become widely adopted. There are a number of reasons the adoption of crypto and blockchain technology has been slow to take off; namely because blockchains are generally slow, many cannot scale, they have poor privacy protection, the learning curve of this technology is steep, they are not easy to use, regulations are uncertain, and interoperability and standards have not yet been set.

All of these issues are major concerns for mass adoption and must be addressed if this industry is to flourish. However, there are projects making strides to ease and speed up the adoption of blockchain technology and one of those projects is Ontology (ONT).

Ontology addresses the blockchain needs of enterprise businesses and corporations by removing the barriers between the blockchain and business sectors. It allows businesses without previous knowledge of distributed networks to harness and use blockchain technology. The project enables enterprise businesses to easily integrate blockchain technology into their existing infrastructure and provides them with the tools and mechanisms to fit their business needs. Ontology resolves many of the aforementioned issues by providing corporations with tools and trust mechanisms that can be tailored to their business needs. They eliminate the learning curve, offer mass-customization, and provide interoperability between blockchains, in both the private and public sectors.

As described by Ontology, the project is: 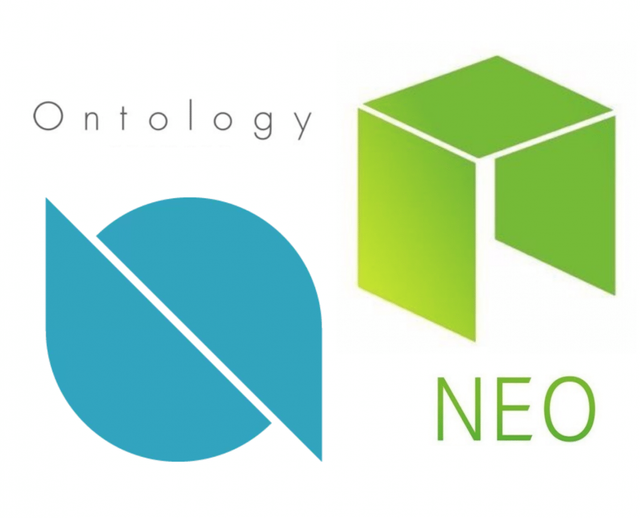 Ontology was launched in November 2017 by Onchain, a Chinese tech company that’s been building blockchains and Distributed Network Architecture (DNA) for enterprise businesses since 2014. The co-founders of Onchain are the head guys at the NEO blockchain, CEO Da HongFei, and CTO Erik Zhang. However, they are not listed as the founders of Ontology, instead, ONT was founded by Jun Li and co-founded by Andy Ji.

Unlike most cryptocurrencies, the Ontology project was not launched with an initial coin offering (ICO). Instead, Ontology held a series of airdrops to NEO token holders and Ontology email newsletter subscribers. NEO token holders received Ontology’s (ONT) tokens at a rate of .01 ONT per 1 NEO, and further airdrops are planned in the future. Additionally, Ontology’s newsletter subscribers received a 1000 ONT airdrop and NEO DevCon attendees received a 500 ONT airdrop. Apart from airdrops, Ontology also sold tokens to private investors and institutional partners.

Furthermore, when the Ontology token first launched it was a NEP-5 token on the NEO blockchain and was later swapped in Q2 2018 to ONT tokens on the Ontology network. With this migration, the Ontology platform introduced a two-coin system like the NEO and GAS token system with NEO’s blockchain. The two native tokens for Ontology are ONT and Ontology Gas (ONG). ONT is the standard token which gives token holders a voice on the future development of the Ontology network, and the ONG token is used as gas to power the execution of smart contracts, network storage, and other utilities on the platform. ONT holders receive ONG tokens which are generated from the Ontology network. 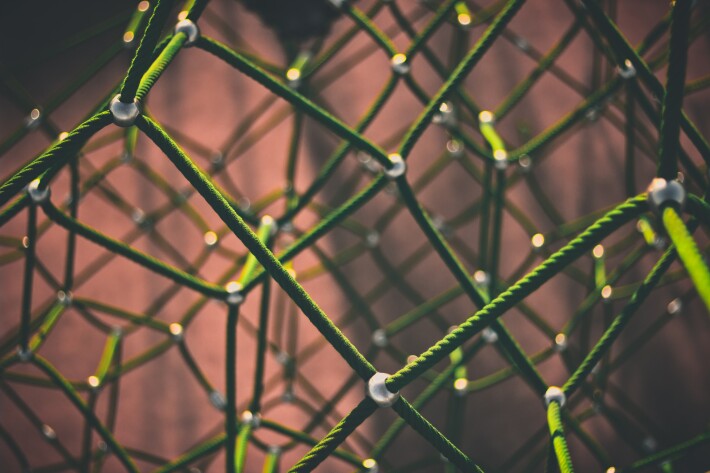 Ontology is not trying to be the next Bitcoin or any type of currency for that matter, its purpose is to disrupt the business world using blockchain technology. It aims to do this by offering enterprise businesses and corporations a network of interoperable blockchains that can more easily be implemented into existing software platforms.

What’s interesting about Ontology is that it doesn’t offer clients just a single blockchain platform like NEO, it offers them a network of blockchains (client chains) which are interoperable with one another and designed to protect data and systems. In this way, Ontology’s offering operates much like a cloud storage network (i.e. Amazon Web Services or Microsoft Azure). This is the type of service in which governments and large organizations are accustomed to as it allows for various permissions and privacy. This is how enterprise software currently works and Ontology is offering a blockchain-based system that operates in a similar way.

With Ontology, Enterprises can take control and operate its own proprietary blockchain that’s separate from everyone else’s. They can then pick and choose what to share with the general ledger Ontology uses and privately store other information. Therefore, a business's proprietary data is more controlled and businesses still benefit from the advantages of a decentralized public blockchain network while solving key issues around identity security and data integrity. Ontology’s network of enterprise blockchains enables secure data sharing and productive collaboration by assuring that users can trust one another.

All in all, Ontology aims to create a blockchain platform that offers businesses and corporations Blockchain-as-a-Service that’s more enterprise-friendly than most other blockchain platforms. Additionally, Ontology also provides a network for the development of decentralized applications (dapps) and as of October 2019, Ontology has a total of 40 dapps. 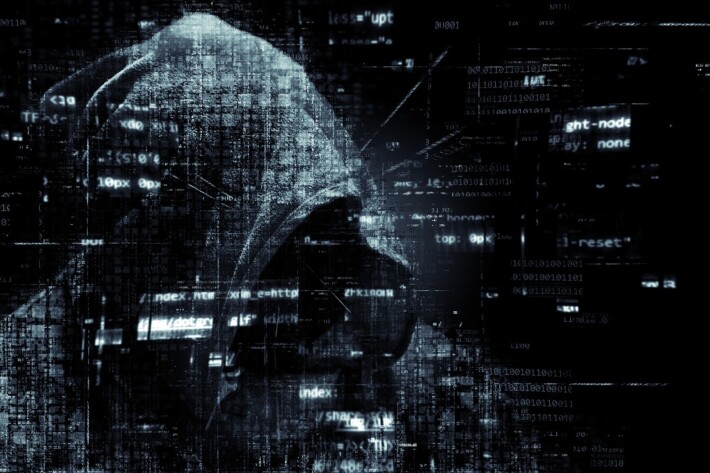 As with most cryptocurrencies, Ontology is not free from issues and controversies and one of its biggest controversies isn’t even commonly known or talked about it… let me explain.

Ontology has very close ties with the NEO cryptocurrency as NEO’s founders founded Onchain, the company behind Ontology. Onchain launched ONT towards the end of 2017 and Ontology’s development really took off and the coin performed quite well during the first half of 2018. During this time, NEO’s development essentially died off and no progress was being made. What happened was, leading developers put a hold on NEO and went to work on Ontology. Insiders at these projects were aware of what was happening and they are suspected of dumping NEO tokens and buying ONT which caused NEO’s price to plummet while ONT performed very well.

Furthermore, another aspect tying into this controversy is that Ontology is contemplating a future outside of the NEO ecosystem. While Ontology was heavily integrated with NEO by using its underlying blockchain technology, the project has begun exploring integrations elsewhere with projects such as EOS and Ethereum. That way if NEO fails, Ontology can collaborate with other platforms.

All in all, it just doesn’t seem right that the Ontology and NEO teams overlap and favor one project over another when it’s convenient for them. While this controversy is dipping into conspiracy status, who’s to say Onchain won’t just abandon Ontology like they did NEO and create another project that is supposedly better? Afterall, Ontology was initially in control of 50% of the ONT tokens and the community was only allocated 12%. Therefore, Ontology could potentially manipulate its price and move on to other projects after selling their funds. 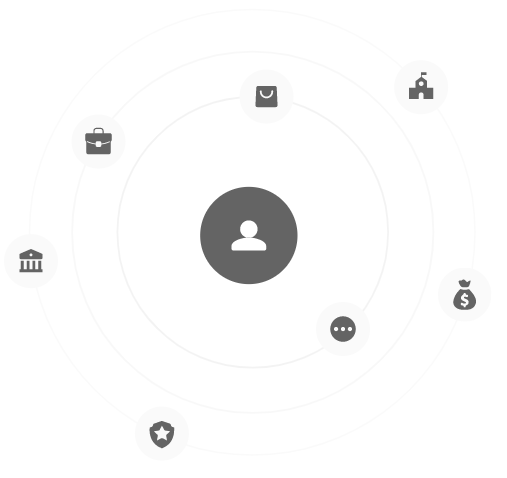 Ontology is one of the few blockchain projects actually delivering real working products and acquiring notable partnerships. According to the project website, Ontology has more than 190 partners, over 2 million community contributors, and more than 900 technical contributors.

One of Ontology’s most notable partnerships with a working product is with the Paxos Standard stablecoin. The two projects have partnered to launch a new version of the PAX stablecoin on Ontology. Other important partnerships Ontology has acquired are with three of China’s top blockchain media firms; Blocks.tech, BlockData, and Bitwires.

As for working products, Ontology has three primary products they have developed for any ONT user. See them described below:

ONT ID
This product is a decentralized framework that helps users control their data and identity. It utilizes blockchain and cryptographic technology to connect people, data, and services in a trusted collaboration environment that protects user privacy and ensures data security. The ONT ID can be used by individuals or developers for new applications.

ONTO
This product is Ontology’s one-stop client to the decentralized world. It’s a downloadable application on both Android and iOS mobile devices and enables users to manage people, assets, things, and affairs all in one application. Therefore, it’s more than just a standard cryptocurrency wallet as it includes a portfolio feature to analyze your assets and markets, a node staking feature where users can stake ONT and earn ONG with one click, a dapp store, and ONT ID support. All in all, ONTO is a powerful application that enables users to manage their digital assets and take control of their digital identity and data.

DDXF
The DDXF is a decentralized data exchange and collaboration framework. The framework enables the tokenization of any valuable data and provides data traceability and cross-system data processing.

In addition to these featured products mentioned above, Ontology also provides 8 different development frameworks and toolkits, 7 different extensions which are pluggable components and protocols, and has 40 dapps built on Ontology.

All in all, Ontology has become very successful in a short amount of time and has many exciting partnerships and products down the pipeline.

Ontology understands why so many enterprise businesses are hesitant to accepting blockchain technology and they have addressed this issue by removing the barriers between blockchain and enterprise business. The project supports a complete distributed ledger system that’s familiar to the core of how enterprise software currently works.

What do you think about Ontology (ONT)? Is this project all its hyped up to be or will development and partnerships die down as they did with NEO? Let us know what you think in the comment section below.