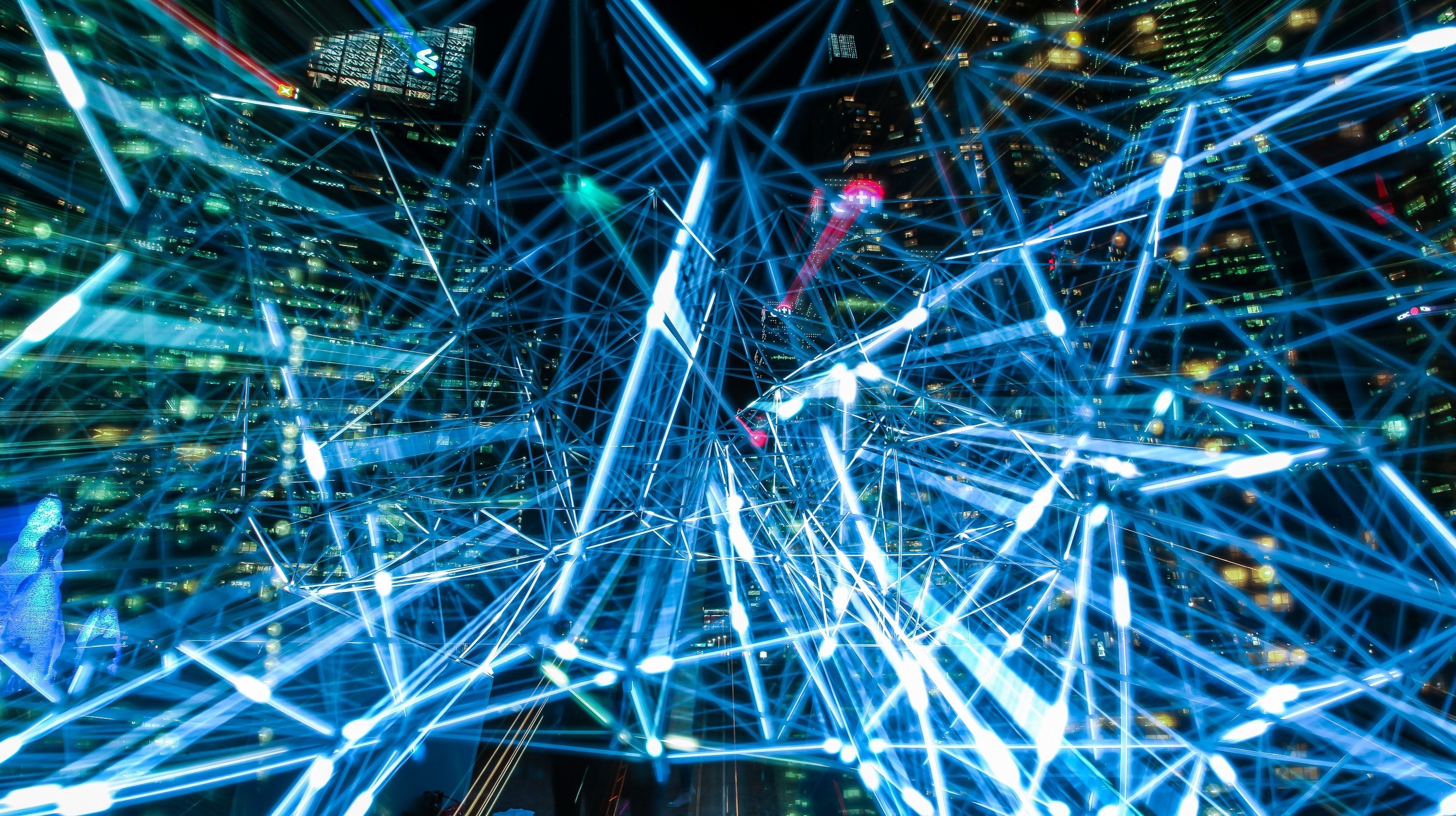 What is Algorand (ALGO)? [A Comprehensive Guide to Understanding ALGO]

Several projects have emerged since about 2 years ago, working on solutions that take a unique approach designing the fundamental features that make up a blockchain. Whether it’s the myriad consensus algorithms or governance mechanisms, projects have shown that there are a number of potential ways to design a network that can function securely and prepare itself for a global scale of use.

Bitcoin may be by far the most popular payments network, but there is no doubt that it is bogged down by some of its design. Scalability, for one thing, and a consensus algorithm that many consider to be conducive to centralization. That has not stopped the growth of Bitcoin and it does indeed have solutions to solve its technical challenges in the pipeline, but teams from all across the world see an opportunity to improve upon the fundamental design that goes into making a cryptocurrency that can serve as a means of payment.

Here we examine Algorand (ALGO), a payments and smart contract focused cryptocurrency network that has a strong ground in scientific research. Backed by an extremely educated and experienced team, the Algorand platform has received a lot of investment from some notable entities and shows promise as a next generation cryptocurrency. We take a look at Algorand’s network design, its investment history, promising development and prospects.

The History of Algorand (ALGO)

Algorand raised $4 million in a seed funding round in February 2018 whose investors included Pillar and Union Square Ventures. The latter is one of the most successful venture capital firms whose investments include Coinbase, Duolingo, Kickstarter, Protocol Labs and Twitter. In October 2018, Algorand raised $62 million from 30 global investment groups, including Polybius Capital, NEO Global Capital and Eterna Capital.

The decision to reach out to a broad group of investors from across the world was motivated by the desire to prevent any one investor from having too much control, and to encourage development globally, according to Kokinos.

From a technical standpoint 2018 saw Algorand reveal much of the foundation of its network. The shared the latest Byzantine Agreement Protocol that Algorand’ pure proof-of-stake blockchain (discussed below) is based on and announced a $100 million found to aid developers building on the Algorand platform. It also launched a testnet soon after seed funding.

2019 has been a year of rapid progress for the team. In January, the team released the Algorand Vault, a blockchain compression technology that reduces the storage cost of the blockchain and distributes it across the network without sacrificing security, and lowers the barrier of entry for joining the network. Q1 also saw them release Software Developer Kits (SDKs) for Go and JavaScript. This was followed by opening the testnet to the public, before the first auction in June, which officially signalled the launch of the Algorand mainnet. Several teams also announced that they would be building on the Algorand platform.

The Purpose of Algorand (ALGO)

Algorand has a fundamental purpose to its existence: improving upon the fundamentals of the current blockchain paradigm to provide what the team thinks will be more suitable base layer for the future of blockchain-related development. Primarily, it intends to do this with a consensus algorithm it terms Pure Proof-of-Stake (an improved model of Proof-of-Stake). The project’s name comes from the “algorithmic randomness it uses...to choose a set of verifiers who are in charge of constructing the next block of valid transactions.” Algorand is a direct response to the computational inefficiency and the tendency of Bitcoin’s Proof-of-Work to lead to mining centralization.

Besides Bitcoin. the Algorand whitepaper makes reference to other solutions, most notably Ouroboros: A Provably Secure Proof-of-Stake Blockchain Protocol, otherwise known as the consensus solution for the Cardano project (which is also highly focused on a scientific approach). The whole approach is governed by the idea of removing the technical obstacles behind blockchain growth: scalability, centralization concerns and security. These are widely viewed as the main hurdles preventing blockchain from entering mainstream adoption, besides a few others.

There are two more technical points worth noting with respect to Algorand’s architecture. First, the probability of hard forks on the Algorand blockchain is unrealistically slim, so each block is effectively finalized upon validation. Second, there is no monetary incentive, as there are no token rewards for block generation, for nodes.

The team expects to use the platform to be used as a payments system, but the network supports smart contracts as well. In their own words, their “research is focused on making existing institutions more efficient and on collaborating with industry partners to unlock new markets that could not exist without a decentralized, secure, and scalable distributed ledger.” In a nutshell, Algorand wants to make current financial systems more efficient and fair, much like the many other projects out there.

The Algorand team has released actually several whitepapers, with the original being the basis for the network. Other whitepapers focus on scaling, governance, the aforementioned blockchain compression and digital signatures. All of these papers have been peer reviewed. The Algorand code is available for the more technically savvy.

The project also makes use of zero-knowledge proofs - a cryptographic solution more popularly associated with Zcash. Interestingly, the project’s founder, Silvio Micali, was one of the three researchers who first conceived of the zero-knowledge proofs in a paper titled “The Knowledge Complexity of Interactive Proof-Systems.”

One of the project’s cryptocurrency advisors is Naval Ravikant, a prominent cryptocurrency proponent who is the founder of CoinList. He is also a seed investor for multiple blockchain and cryptocurrency startups, including Protocol Labs and BlockStack. 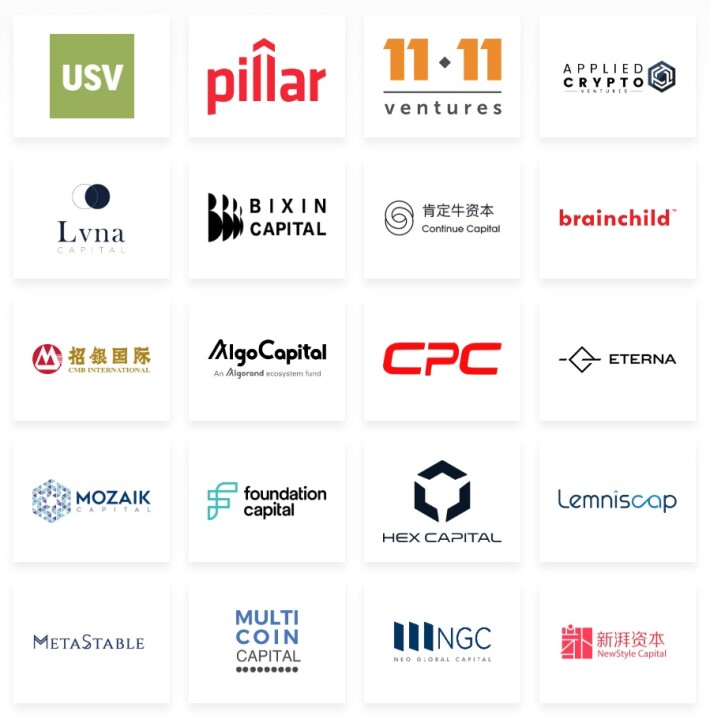 Algorand already has a diverse list of partners that span the globe. These partners encompass a broad range of industries, including financial services companies, cryptocurrency companies, venture capital firms and more. For a project that has only very recently emerged, Algorand has carried out a remarkable job in bringing entities onto its platform. The partnerships themselves cover a variety of different uses.

Stablecoin Tether (USDT) has also integrated with the Algorand protocol, a move that both parties state with facilitate interoperability and collaboration. AssetBlock, a real estate startup that employs blockchain based solutions, is also working with Algorand to give investors access to real estate investment opportunities at low fees with high return potentials. The idea is that crypto holders can diversify their portfolio by using their digital assets to invest in another asset class. This is tokenization, a very strong trend of 2019 that many other projects are also working on.

Algorand more or less competes with every blockchain platform that is vying to be a payments focused network. More specifically, though, it is competing with projects that are considered “next generation” blockchains - like Cardano. These projects are designing new kinds of networks based on new techniques that completely sidestep some of the issues faced by Bitcoin and others that formed soon after the latter. Typically, these changes involved new consensus mechanisms, governance models and security features that on paper do better at overcoming the aforementioned technical obstacles.

Bear in mind that, being quite a fresh platform, that what Algorand and competing networks are treading into is uncharted territory. As promising as they may sound, there is a lot of field testing that will have to be conducted. If there’s one thing going for Bitcoin, it is the fact that it has years and years of surviving the test of use and market shenanigans. It has constantly evolved in the face of various threats. While some of its current technical challenges are its toughest yet, the prognosis is not damning and Bitcoin still stands tall in the competition to become the primary cryptocurrency-based payments system.

Besides Bitcoin - turning our attention to Algorands next gen competitors - Algorand has advantages over some and disadvantages over others. Some have claimed that Algorand’s features of requiring ⅔ rds of nodes to behave honestly may be set back by the flaw of nodes going offline, as there are no monetary incentives. The potential of block validators being bribed has also been brought up.

Algorand is undoubtedly one of the more interesting scientifically backed projects to emerge in recent years, and it is backed and supported by some prominent names in the market. What it proposes is quite revolutionary, in terms of how the network is designed.

It is still very early for Algorand - there is a lot of development to be carried out, and it is nowhere near Bitcoin when it comes to third party development, of which Bitcoin has a lot. It is, however, very promising and suggest multiple new features to make for a more efficient blockchain.

One wonders how it is going to stand in the future, assuming development goes well and all criticisms have been addressed. If Bitcoin has managed to succeed based on what critics say is a comparatively weak network design, then (should it attain the same level of social growth) it surely is possible for a platform like Algorand to grow.

In the meantime, however, it is well worth keeping an eye on Algorand, which shows immense potential for growth.