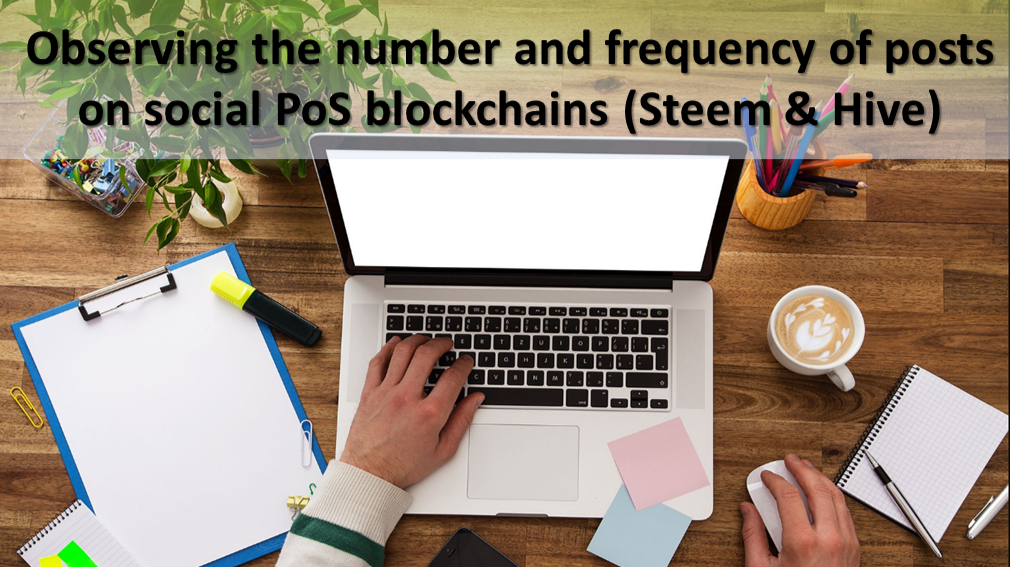 Cover image created from the image published at https://mishtech.com/mishtalks-blog/detail/5-recomendaciones-para-escribe-un-buen-blog-post

Due to everyday issues, I checked the Beemengine site (https://www.beemengine.live/) and noticed something that caught my attention, the number of posts and the frequency of them makes a remarkable difference between two social networks on blockchain that I used to regularly participate in regularly.

I'm not going to go into the details of the community split between the Steem blockchain and the Hive blockchain, I've had enough of that already and the dust of the battle just feels like it's settling in, but I can't help but be a bit surprised notice how the situation has changed in the months that I have not been participating.

If we start from the top of the image, I can notice that the values ​​of the currencies of both blockchains have approached to a very close point, which I remember that it was not, in fact, it was feared that the older of the two chains was progressively abandoned and its currency lost value, but now it does not seem to be so, and even an acquaintance told me that Steem's market capitalization had surpassed Hive's these days and that placed him above this latest blockchain.

I am intrigued, as I do not know if this trend, which from what I see is not new, is going to continue and then the Steem blockchain is again the one with the most posts on the hosted blogs. Attention, I'm not talking about the number of participants or their activity in other dapps other than blogs, since it may happen that users are simply much more active in video or game dapps and blogs within hive be on a decline.

I was really curious, but I cannot make great interpretations with these data, because the Beemengine site only shows me the posts generated by the members registered in its service and it is not definitely a large sample, however, it leaves me suspecting that something has happened in the whole time I was "out of service".

Much more than a browser. Enjoy private, secure and fast browsing with Brave