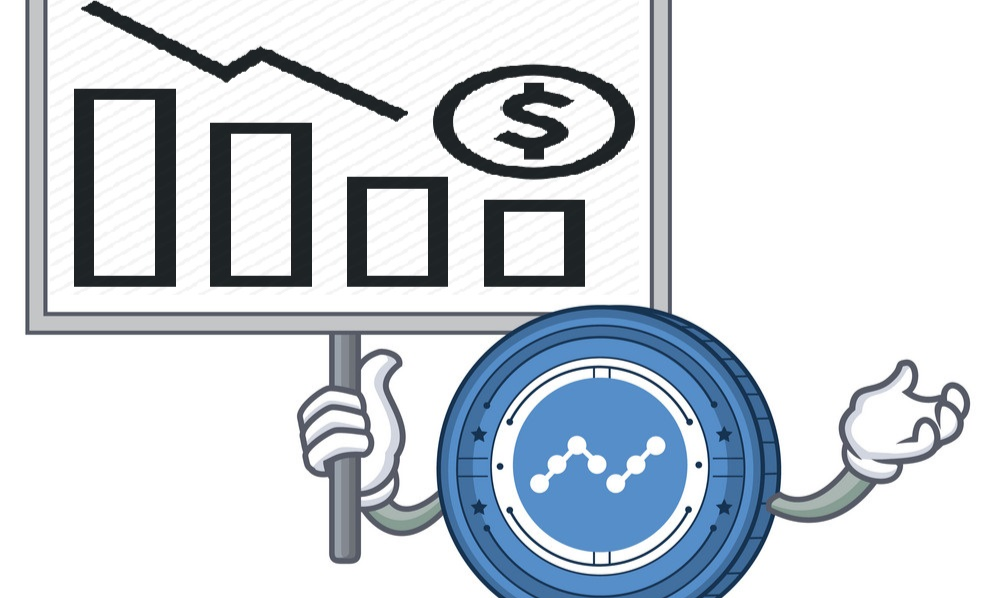 NANO cryptocurrency is a very ambitious and interesting project that has helped countless people since its launch. Recently, much has been said about the value of its asset, speculating that during the current bull run its price may reach "up to the moon". The term "up to the moon" varies widely from coin to coin, dogecoin's "up to the moon" for example could be $ 0.01 given the high volume of coins available to the public (but this discussion may be the subject of another article, if they wish). In the case that NANO that has already been priced at $ 37 is currently struggling to be worth $ 1 again, will this whole hype being created in appreciation during this bullrun come true? In this article I will elaborate some possibilities of possible future movements. 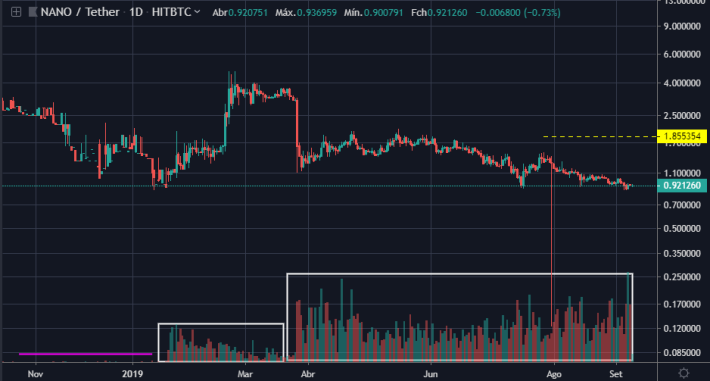 Firstly, it is possible to notice the discrepant increase in NANO's negotiations from the beginning of this year, above all this did not reflect in the price increase as expected. Note also that from April this high volume of negotiations was gradually increasing. as the price of nano has been falling. This does mean a very strong accumulation zone and probably a strong movement will happen, but not necessarily that from this point the coin goes to the moon, many misconceptions are made at this very point and no other important factors are considered.

This black moving average represents 200 periods, so we can see the price of the nano reach previously seen levels that it needs to bend positively and the price to rise above it, seek support and stay on the upper side of the chart. Also note that the accumulation seen in the previous chart is still very small compared to the previous year when the chart tried to stay above the moving average and may mean that the asset may not be strong enough to rise again. The 100 period moving average has also just crossed that of 200, indicating selling movements. This is further indicative that the market will not be strong enough to make such a move. 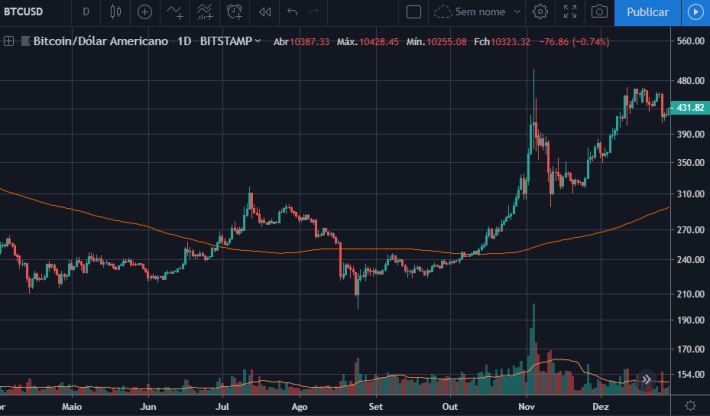 Taking the case of bitcoin in 2015 we have something similar, the price tries to rise, back below the moving average but after a period of time comes back and starts its bull run. For this to happen there was the initial accumulation but when the chart falls below the moving average the trading continued to increase, thus resulting in this successful new attempt, in case it is not occurring with nano.

If my analysis is incorrect and NANO can overcome this barrier, it will be possible to see the price reach new highs; There is an article that makes a detailed and interesting analysis about it (you can see it by clicking here).

NANO is an incredible cryptocurrency and has a very good growth potential and can reach very high values, but at the moment numerous barriers are emerging preventing its price increase. With bitcoin sucking in the capitalization of the altcoins and the widespread fear of trading in this downward volatility, it is tricky to estimate a time for this new bull run of the altcoins.