This post is intended to make a brief technical analysis of the Electroneum (ETN) cryptocurrency. We will summarize the market reaction since its launch and a graphical analysis on etn's tradingview against Bitcoin (btc) at Huobi exchange.

According to information provided by Coin Market Cap, Electroneum is following a sharp downward trend since its historic peak in November 2017, having caught a brief spike with the bitcoin boom in 2018.

From this simple visualization you may be wondering "How can a declining currency since its launch period have a promising future?" Electroneum hit the market with that ICO effervescence that featured numerous projects that in the recent bear market showed they were created just to capture investors' money and simply disappear. From this, we can see the efforts of the team behind the electroneum to stay in the market, establishing partnerships in emerging countries to increase its user base (such as Ubuntu in South Africa and Claro in Brazil).

It is important to note that since its launch period the value has steadily declined, according to Elliot wave theory, the price will follow its trend until it trends until it completes cycle 1,2,3,4,5 and corrects in A, B, C. At the end of this correction the price would be able to form a new uptrend near the end of this bull run that bitcoin is expected to have by the end of 2021.

We now move on to the analysis of electroneum against bitcoin in the Huobi exchange. 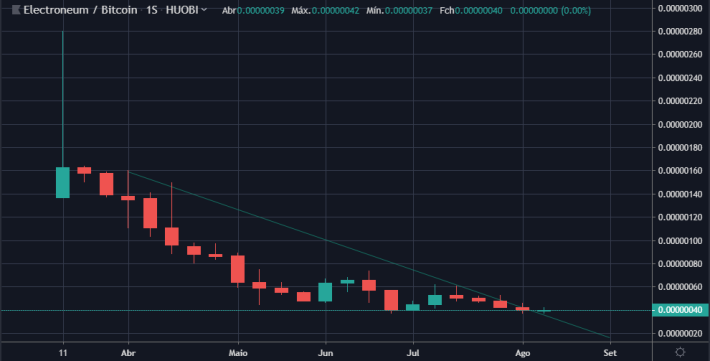 Entering the weekly cryptocurrency chart and picking from the last bullish period (which is where the chart starts to catalog in Huobi) it is interesting to note that the chart has crossed the downtrend line after three touches if it hits keep above this trend line it is possible in the coming weeks to see a market reversal. 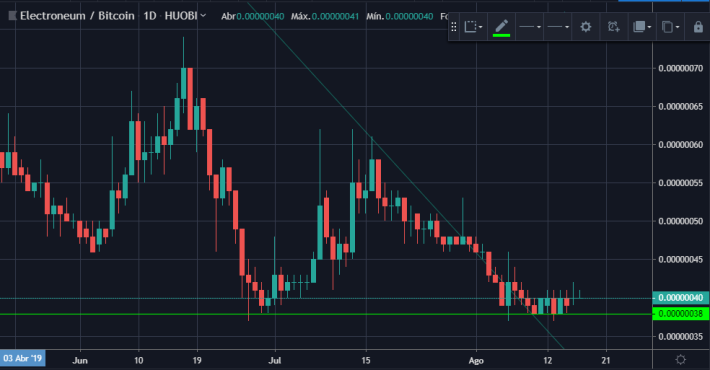 Already on the daily chart, it is important to note a resistance in the 38 satoshis and a support that tries to break up in the 40 satoshis. 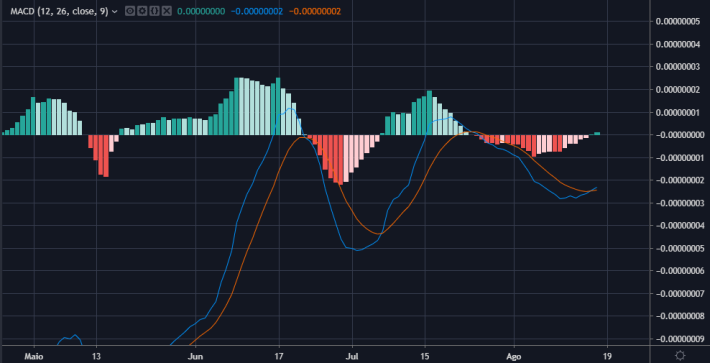 The MACD indicator shows an uptrend start as the moving averages try to move to the upper side of the histogram. 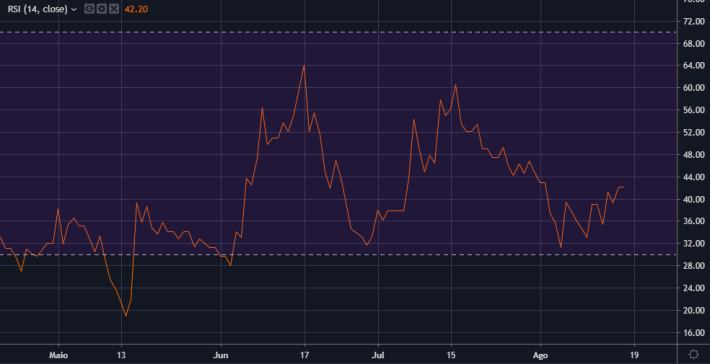 And finally, the RSI indicator is five days above the considered low zone (35), these are strong indications that in the coming days the value of the currency tends to rise.

We can then conclude that over the next few days the price of electroneum tends to rise, but it will only be a temporary correction until the main downtrend returns. The project does have a huge potential for growth and appreciation as discussed in the previous post and it is interesting the accumulation of free deform currency through the application available for smartphone.

The electroneum app is available for Android and IOS and works through cloud mining, which means you just have to download the app and sign in every week to renew mining to continue earning electroneum for free. By the time this post is being posted (08/16/2019) it is possible to receive 600 electroneum per month (approximately $3)

To get 1% more on your mining, use the 3D2CF2 code. click "more" in the bottom right corner of the screen and then "generate more ETN".