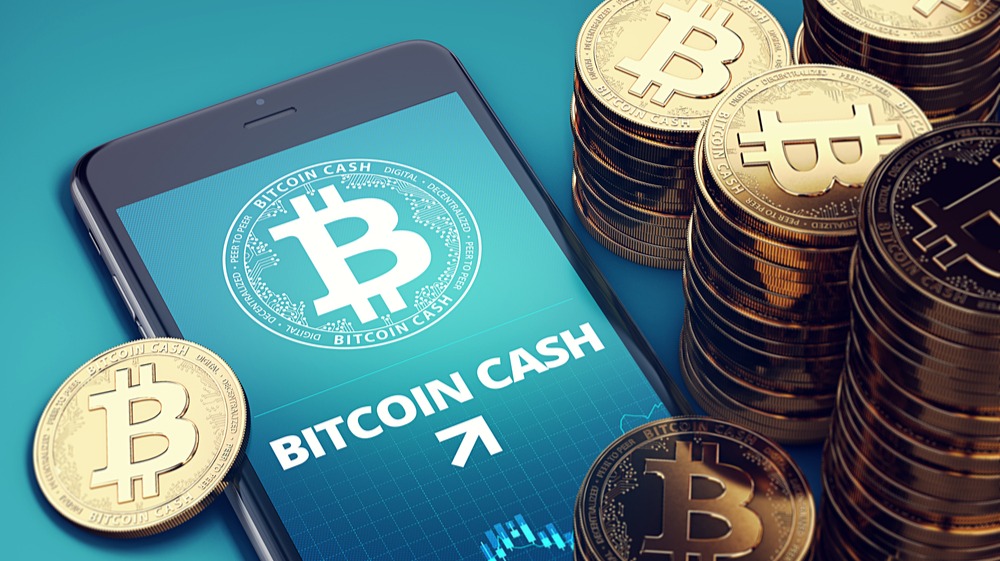 Bitcoin has been making quite interesting moves in the last few days, an incredible bullish move that has overcome the downtrend line that came from the historic top and now has sideways over a fibonacci-based support region that can determine the course of the next few days or weeks. Bitcoin Cash has for a long time followed the trend of bitcoin, but in recent months it has remained in a region of extremely strong resistance while bitcoin has appreciated, now that it has broken through this region presents an immense appreciation opportunity. 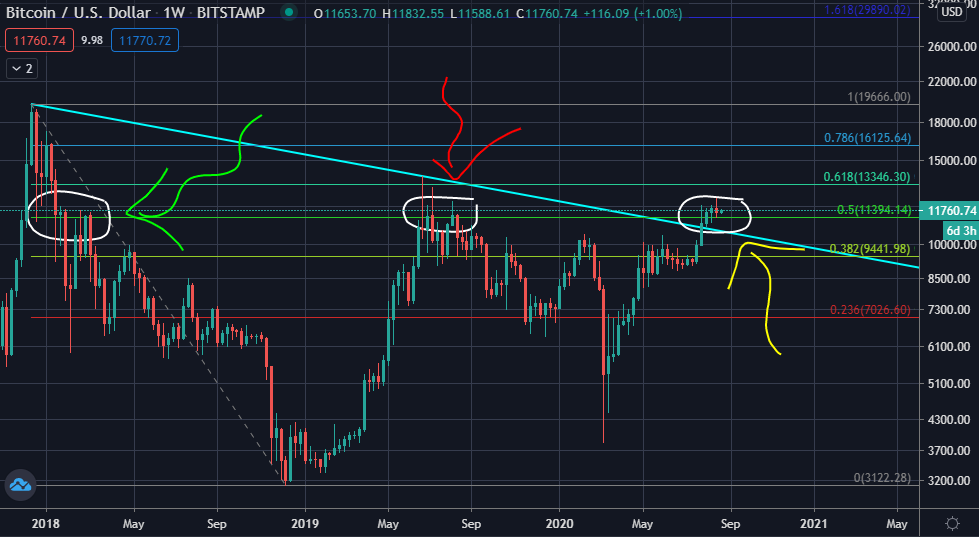 In the weekly chart we see that we are currently at the 0.5 point of fibonacci retracement, that point right at the beginning of the fall (green arrow) was supportive and then resistance for several consecutive weeks, in 2019 when we reached 14k (red arrow) it served as resistance for the price during several times too, note that the price has passed from this region but never remained above that region, in the current week we managed to close two candles in a row above and we are testing the region as a support (so calm, that fall was not a reversal of trend ). This is a very healthy move that was already expected for the price. 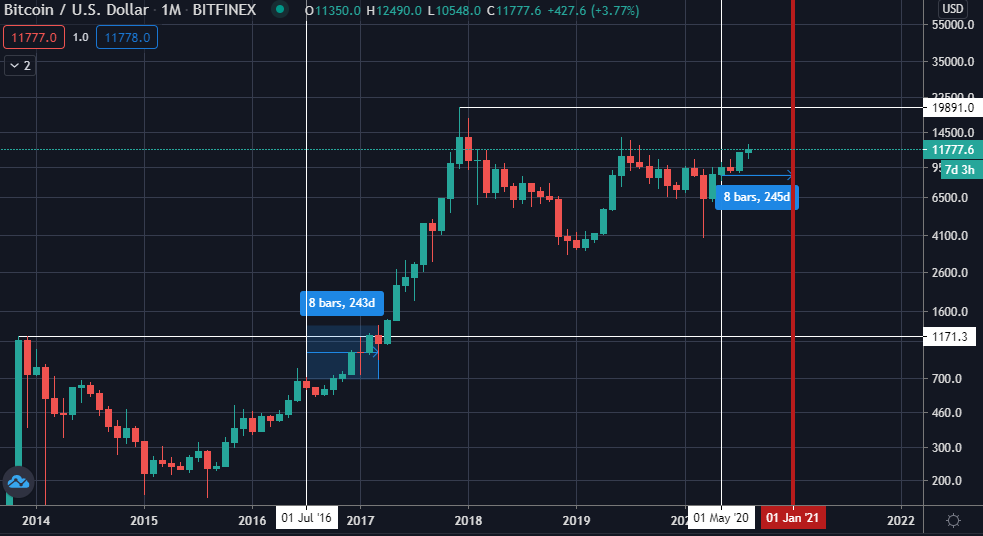 Resuming something that I have already presented, in the last two bitcoin halvings it took approximately 8 months to break its historic top, we are currently heading towards the same goal, we had halving in 2020 on May 11, in a little precise way the break of the top in 20k would be scheduled for the month of January 2021, there are ways to calculate this more precisely, but it is not the focus of the current study. 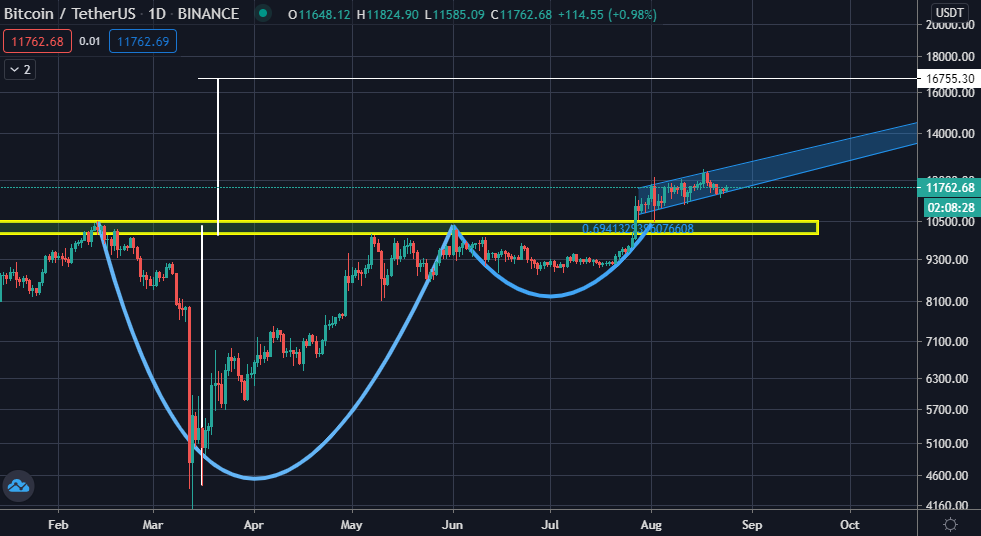 In the diary, we had the formation and disruption of a cup and handle, which taking from the bottom to the top of the cup and projecting upwards we have the point close to 16k as a possible stop for the price. Note that after the break we are in an upward channel, which could mean that the price will gradually rise until the next major resistance region. 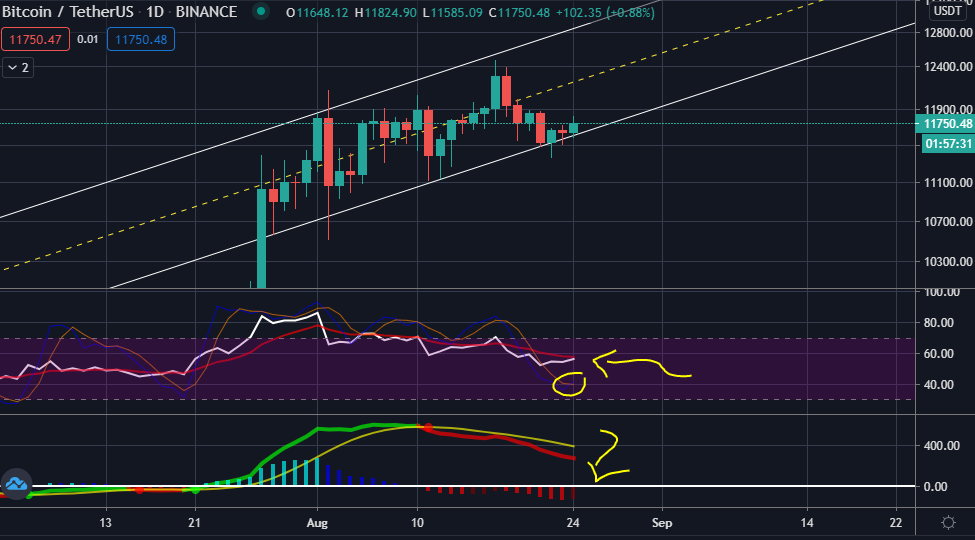 Looking more closely at the channel we have that although some candles pass the region of the channel it is still being respected, when we reach the bottom of the channel we see an inversion in the RSI indicators that presents a crossing of the stochastics with the strength index (white line) testing the moving average (red line) if there is a break in the strength index we can see the price by testing the median or upper line of the channel, the MACD shows a weakening of the selling force, although there is the same movement previously it is important to note that despite the volume index is in the bearish zone, the price was rising, this also gives us room to believe that the price may rise in the next few days. If there is a break down that channel, the nearest support is around $ 11200 and below that $ 10500. 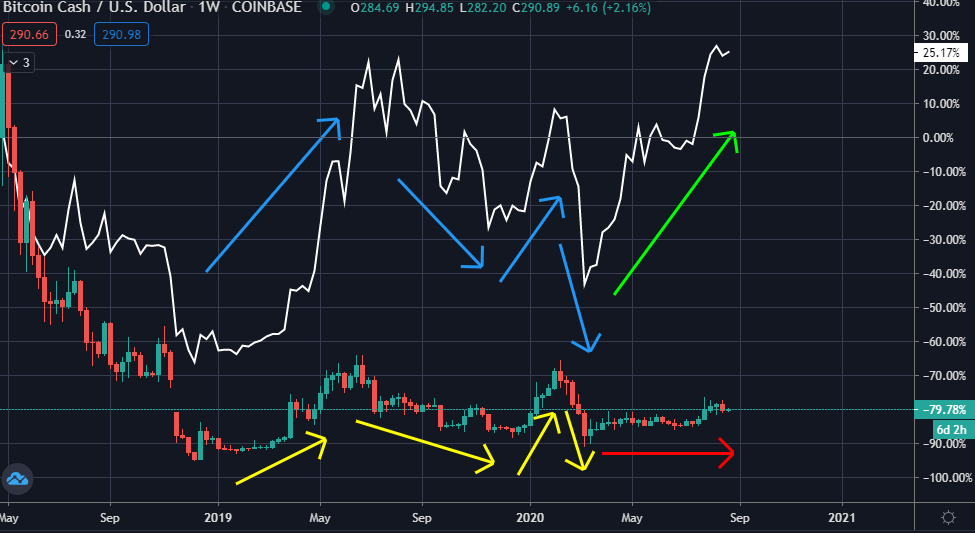 Initially I placed the bitcoin graph (white line) on the bitcoin cash graph to understand the price correlation, the moment that "changed" this almost direct relationship was after that bitcoin drop to the $4000 mark, bitcoin cash found a very strong resistance in the region that will be discussed later. If bitcoin cash wants to recover and keep up with the bitcoin trend we will have a good region for trading. 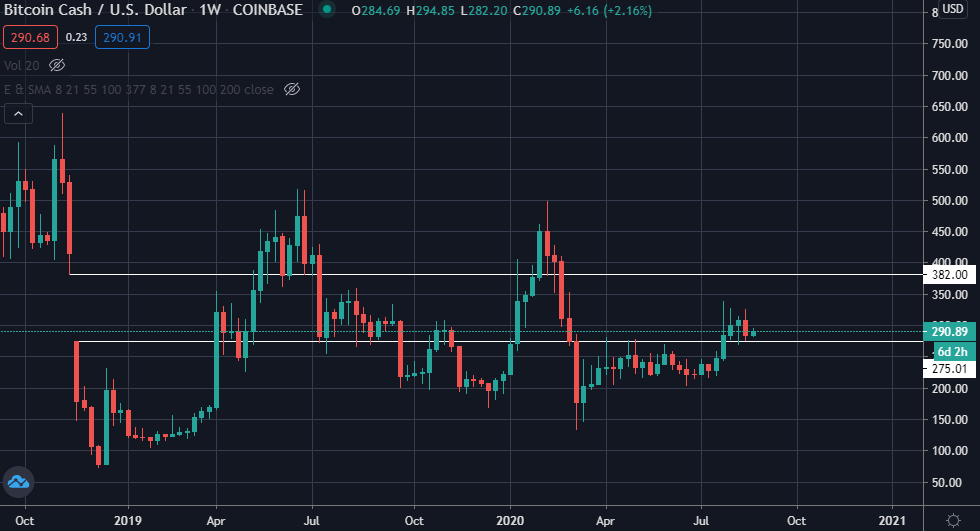 Tracing a fibo from the top to the bottom of the BCH is quite complicated at the moment, so the most interesting points for trading at the moment are the GAP that happened in 2018, note that these two regions served as support / resistance at countless times, in 2020 when he fell below that region he spent several weeks trying to positively break up that region until he managed to break up and stay up recently. The move is very similar to that of the bitcoin analyzed above. 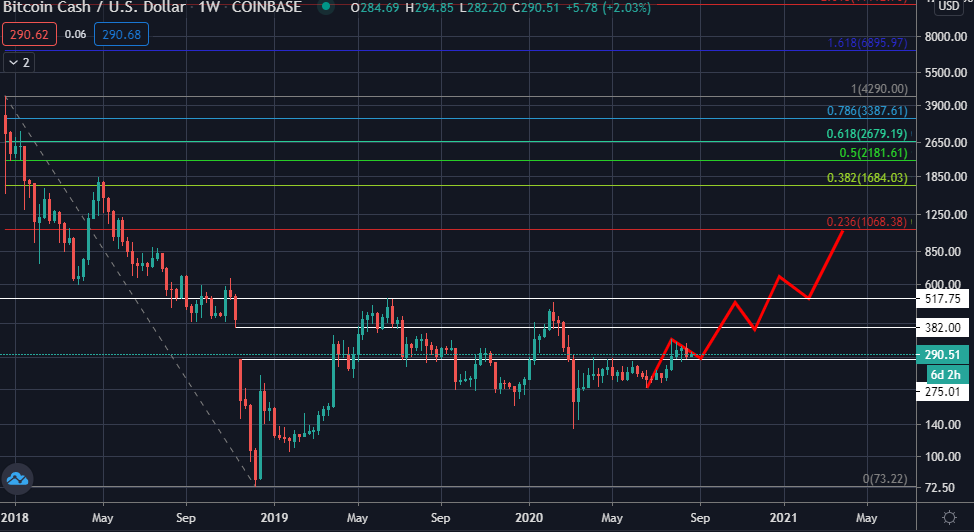 The expected move for the next few weeks is exactly this, he has already tested the $ 275 for support and is now moving towards $ 382, with the break of that region the next stopping point is at $ 500. If the price wants to recover and keep up with the price of btc we would have a much better performance than projected, reaching a retraction of 23% of fib which is currently at $ 1068.